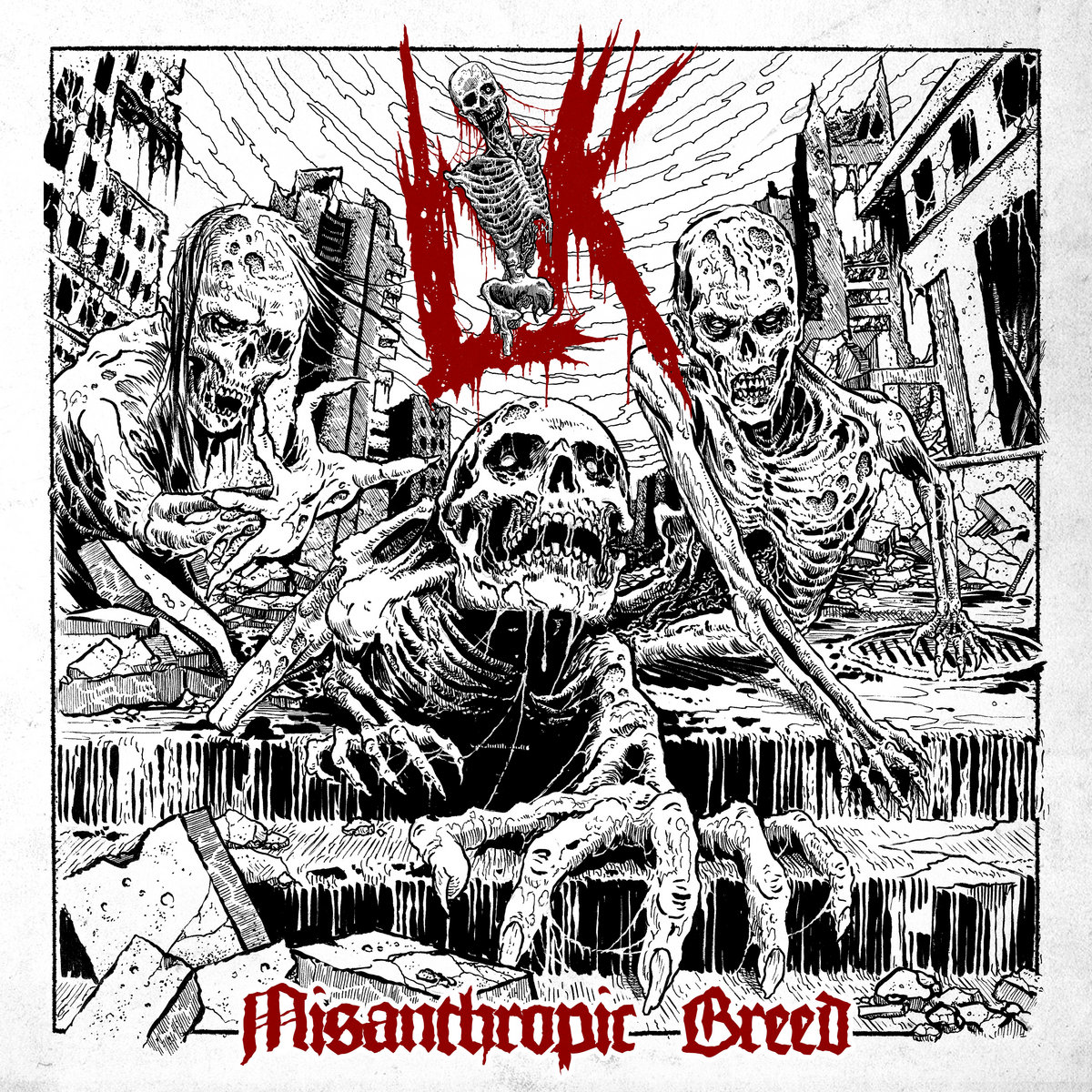 I started playing the guitar as a kid; my dad taught me the basics, and then I went to a guitar teacher for many years. Still, I was a terrible student, never practising my homework. I only wanted to make my music, but the things I did learn are still valuable today. I remember as a kid being scared when listening to dismembers like an ever. But there was also something exciting about it that took the overhand; maybe it’s like horror movies. You are scared, but you still want to see what’s going to happen. It was that excitement and the feeling of being the only one listening to it in school that made me fall in love with death metal.

The recording and writing start with It’s usually me riffing at home making demos, then me and Chris puts the songs together in our rehearsal maybe he has some ideas or riffs we try out and so on, then Nille and Jocke comes in and ads the final touches to the songs. The lyrics is me and Chris mailing back and forth playing with words and stuff. We recorded the album in our rehearsal space, and Lawrence Mackrory also did our first two albums. I think he made a fantastic job of getting the best out of us as always cause we are really proud of the result.

One thing I have an obsession with is to try and reuse the same riff in different styles on an album. Maybe some tones from another song that are played slightly differently just not make it boring and sounds the same.