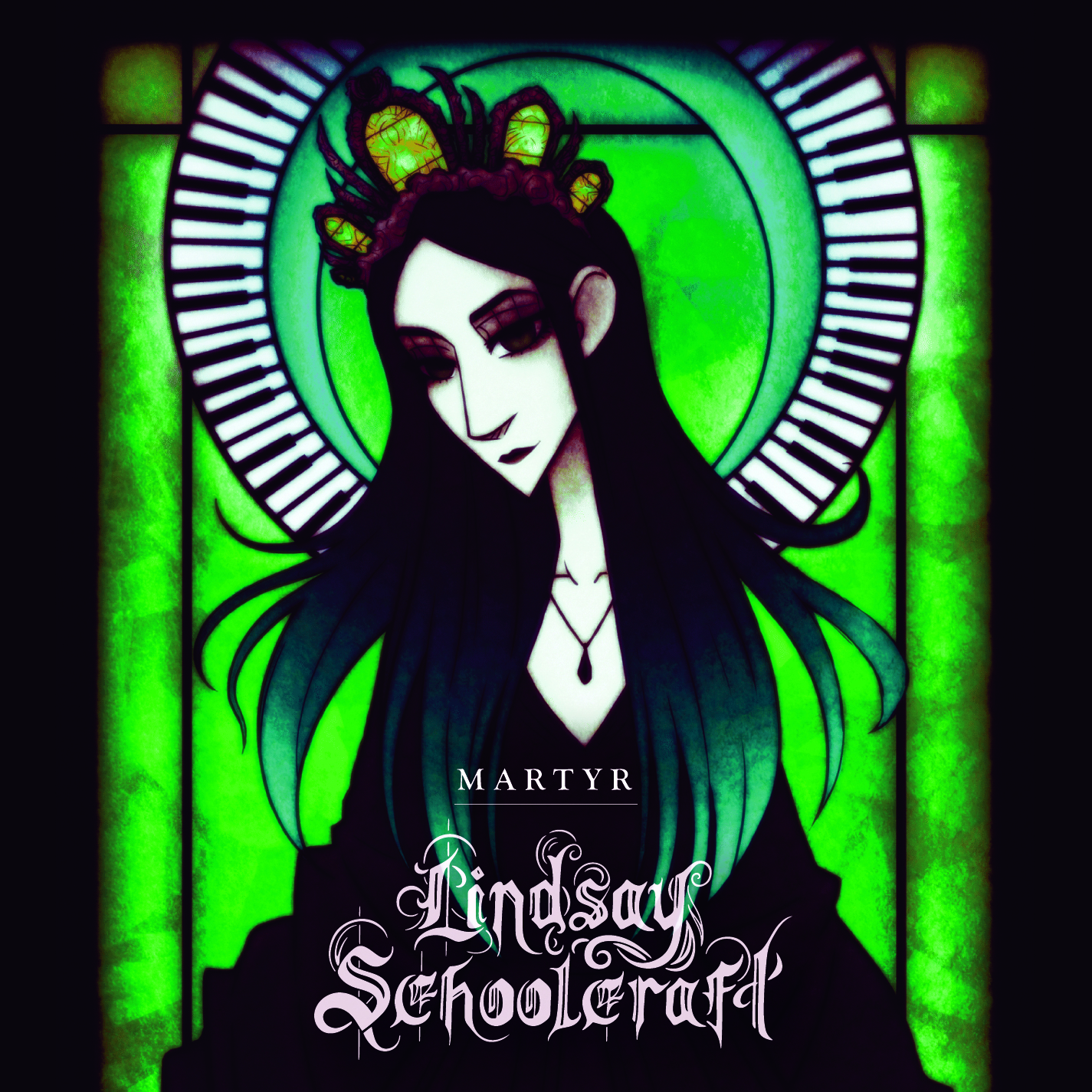 Lindsay Schoolcraft is a singer, songwriter, and electric harpist from Oshawa, Canada who performs and composed ethereal gothic rock.

HMA: How did I get here?

That’s quite a long story that would take endless paragraphs. But I’m happy to say my debut solo album Martyr is out now and I wrote it with no other than Rocky Gray (ex-Evanescence drummer).

We composed Martyr as a tribute to the rock music we love from the early 2000s but also put our own modern flair on it.

There is a lot written about personal struggle and personal development. They can be poetic but are more straight forward. We touch on topics like depression, standing up for yourself, and on this album, we have one political song too.

So our artwork was done by Anastasia Solti who is a Russia animator and illustrator. She gave the cover artwork to me as a gift and I asked her if she would do the artwork for my entire album. I found the colours really worked in bringing out the moods and stories of the songs.

HMA: Where your inspiration came from?

Most definitely in the realm of gothic culture, which on occasion borderlines on fantasy. But a lot of my song themes are about my personal experiences just expressed through music in a darker way.

It has its moments where it looks tough and rebellious, but I honestly think it’s a world full of acceptance and community.