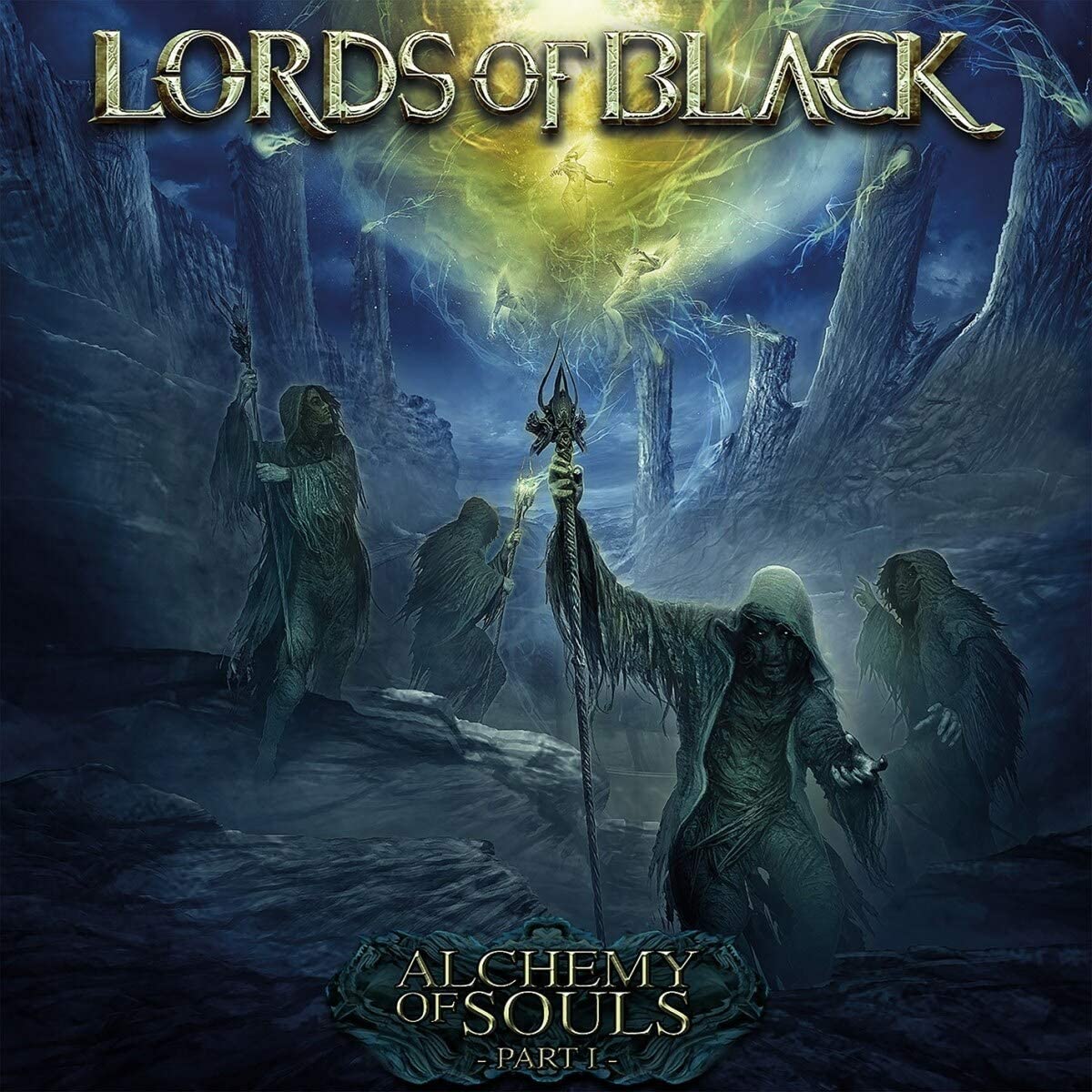 Alchemy of Souls Part I by Tony Hernando

The name and the general concept of the Lords Of Black were in my mind for a long time, before I formed the band with Ronnie Romero. Lords Of Black stands for a fictional secret society of Vigilantes or heroes if you will, that fight the evil. It is a simple and nice name that sounds cool and metal too, and along with the logo and the artworks, I think we have a very nice and powerful image that complements our music very well.

‘Alchemy Of Souls’ is a concept I came up with when I was writing this album. I realised that there was a theme about catharsis, resurrection, empowering and dealing with personal struggles we all have on many songs. I believe the way we deal with such things make us the way we are. The way will be. Kind of if our “souls” change, always debating between good and bad…it’s a war that it’s happening all the time between good and evil, and not only inside of all of us but in the society and the world as a whole, a never-ending struggle within. In the end, with the choices, we make sure we cure or poison our souls, as the world does. When I was writing these songs in 2019 little I knew what was going to happen, but it has turned out that some of the songs have been proverbial, and they mean a lot in the current times.

I grew up listening to all kind of music, lucky that back in the day even in the general tv or radio most of the music was so good compared what to today’s kids are exposed to. I started learning music at the Conservatory of Music very early on, so classical music was around all the time. Then I discovered Rock and Hard Rock, which I realised very soon it had much more in common than it seems at first impression the musicality, the drama, the virtuosity that I found in many of the hard rock and Metal bands got me hooked from the start. Bands like Rainbow and Purple first, then Randy Rhoads, Van Halen and Malmsteen and all those incredible guitarists from the 70s and 80s, and also bands that although not going on too technical were deep and epic, like Dio and Black Sabbath, Iron Maiden, and later bands Queensryche, Fates Warning, Dream Theater etc.

So in Lords Of Black, you can see that Ronnie and myself love that classic rock and metal bands, but you can even notice heavy influences from Thin Lizzy, Queen, Whitesnake, Journey the bands we love the most. And although we have our very sound and style, we show some of those influences here and there in little bits because we are also continuing the legacy of those great bands and we’d never hide the love we have for them.

Not sure about the term of Power Metal for us. We have some fast double bass drumming passages, and that’s cool, but for me is just a natural evolution of the primary patterns of rhythms you would hear in the classic bands like Purple, Priest, Rainbow, etc. At some point, those guitar riffs and drum patterns started to change and get more elaborated and fast, with the new genres of thrash and speed metal. Also went to be incorporated by other classic heavy metal bands, like Priest for example, that made with their ‘Painkiller’ album such a change, especially driven by their new drummer Scott Travis. That album and that particular drumming become pretty much the new standard or the new guidebook if you will for modern metal…but going back to the term of Power Metal, it’s a different term if you talk to a European to an American fan. Here in Europe, Power Metal is usually associated with German and Scandinavian bands with fast drumming and high pitched vocals. Being Helloween probably the pioneers of the genre and later Stratovarius one of essential power metal acts. Still, in USA power metal is more about bands like Savatage, early Queensryche, Vicious Rumors, Riot ‘Thundersteel-Privilege’ era. I’d say kind of American bands with a European vibe with many Iron Maiden and Judas Priest influences. So, for me, Lords of Black is a cross between classic hard rock bands and modern metal where you can find some bits of power metal and some progressive elements as well, I’d better use the term of power prog.

From the start of the band, I knew I wanted to make good lyrics with depth and discuss personal feelings, love and hate are the human emotions. That move the world in one way or another, there is always a lot of that stuff with some melancholy and drama stories on all the albums, I love that topic because I can get very personal. At the same time, you wouldn’t notice it. I like to write lyrics that people can relate to and make them personal. I’ve received a lot of great feedback from the fans about this, which is very cool. I’ve been writing about dehumanisation and the craziness of the modern world, the previous album ‘Icons of the New Days’ were very much about that vibe, while ‘Alchemy Of Souls’ has a lot of songs talking about what’s going on right now in the world, a war between good and evil powers we don’t even see a lot of what’s going on behind the scenes and how it seems we are heading to a new world with less and less freedom and liberty, which scares the shit out me, so you can see in songs like ‘Dying to live Again’, ‘Into The Black’, ‘Shadows Kill Twice’ or ‘Alchemy Of Souls’ how I’m kind of making a call to awake, a call to arms if you will.

On the dark arts, not sure if you mean occultism. Some of that stuff might get my attention if  it has an artistic value, for example, I may enjoy the art of H.R. Giger or Stephen King’s books, or I may have many records in my collection from Slayer, King Diamond with dark lyrics and artworks. Still, I can’t stand it if it crosses a certain point where it gets obscene and nasty. I don’t think that’s positive nor uplifting.