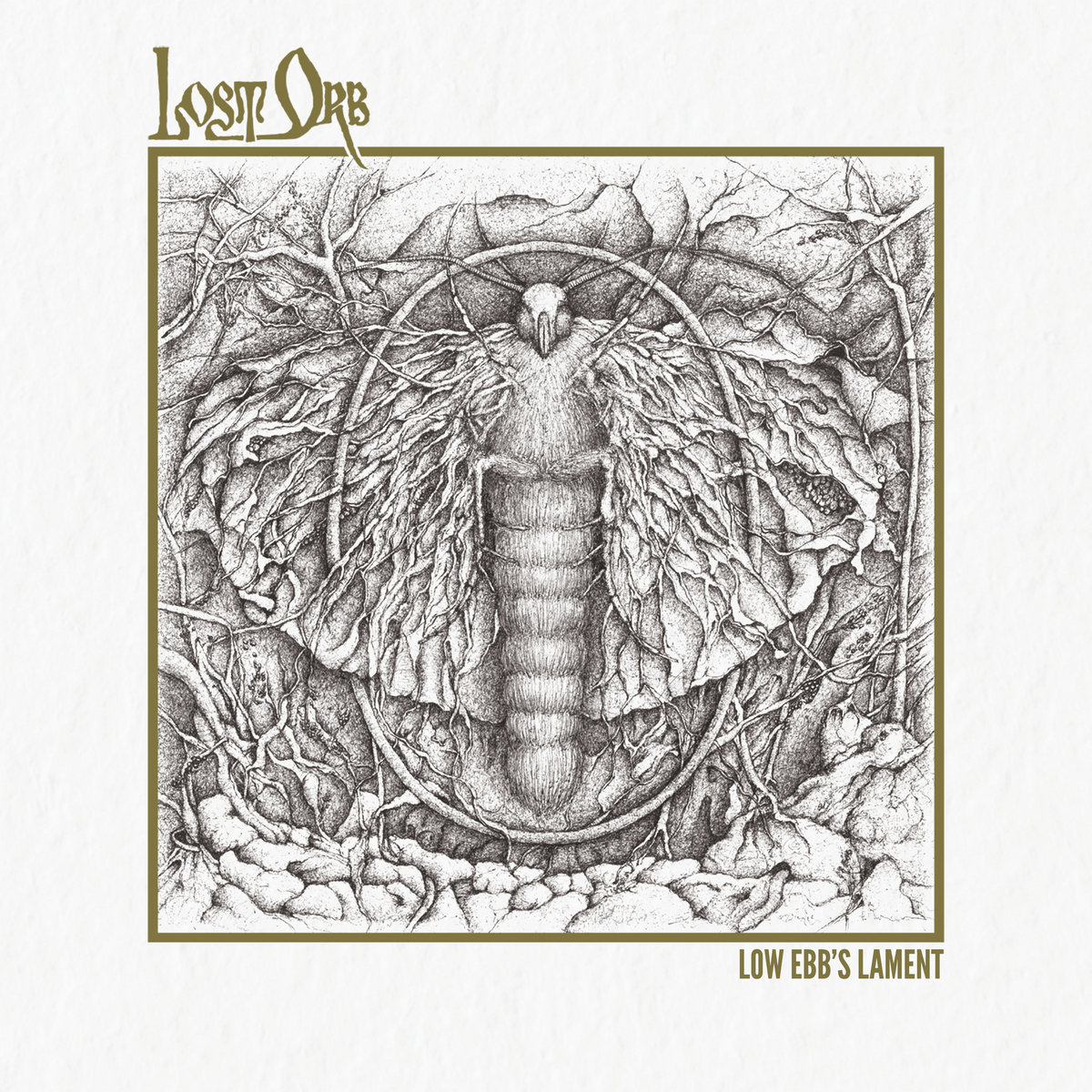 Lost Orb is one of several studio-only projects created by UK multi-instrumentalist Chris West. The project sits in the sludge and doom genres using weight, melody and non-traditional song structures. The first release by Lost Orb, a single 17-minute piece called Low Ebb’s Lament, features Chantal Brown from Vodun on vocals and Tony Reed from Mos Generator on drums with West handling guitar, bass and production. Our music can be described as melodic progressive doom.

Low Ebb’s ‘Lament’ was originally written in 2012. I didn’t realise it at the time but it was the last burst of creative energy before the considerable personal decline. The writing process was just me working every day over several months. I worked through riffs, themes and ideas I’d be jamming for years to put them together in one coherent piece. Low Ebb’s Lament is a single 17-minute piece of music. After writing and recording I didn’t have the energy to release the music properly so I put it online and left it at that. A lot has changed since then and I decided last year was the time to rectify not having given the music a proper release. I arranged the artwork with Sagüi, made a limited run of CDs and cassettes for the release and put the project out on my label Giganto Records.

There are no lyrics, the vocals are used as another instrument. I find it almost impossible to express myself through words so I use music and production to do so.

All the music I write on my own is deeply personal. I find it hard to express myself openly and music is a way for me to do that. When I first learnt to play and write music it was a very lonely time and whenever I write I feel connected to that time. Lost Orb is both a search for connection and an expression of loneliness.

Lost Orb is a personal project based entirely on my own internal experience. There are a lot of movies and stories that I enjoy but I think it’s more of the case that I like them for the same reasons I write music rather than those pieces of art inspiring me. I like fantasy and futuristic work for the escapism. I like noir/neo-noir for its ambiguity and non-convention. I like the documentaries of people going to extremes of physical and mental effort. It’s good to see where the boundaries are and to move them sometimes.