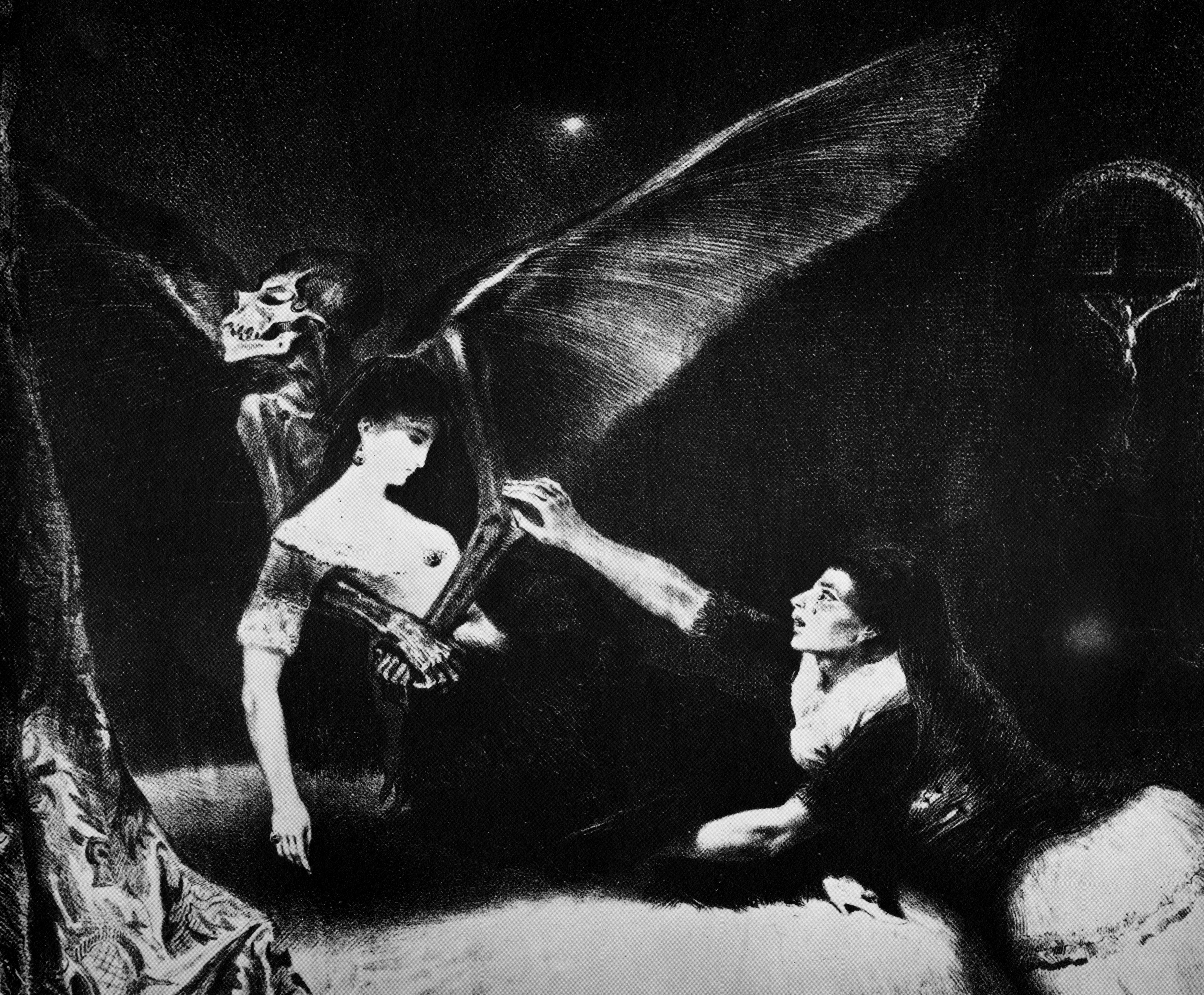 Louis Boulanger (11 March 1806, Vercelli, Piedmont – 5 March 1867, Dijon) was a French Romantic painter, lithographer and illustrator. He enrolled in 1821 at the École des beaux-arts where he attended the workshop of Guillaume Guillon Lethière and received a solid classical training. Next he made a présentation for the prix de Rome, in 1824, in which he finished logiste. He became the companion of Eugène Devéria and an intimate of Victor Hugo as well as different Parisian Romantic circles, which had a decisive effect on his career.

He saw great success at the Salon of 1827 thanks to his Supplice de Mazeppa, was awarded a medal on the occasion of a special salon for the new school, which also showed La Naissance d’Henri IV by Eugène Devéria and La Mort de Sardanapale by Delacroix. However, this success did not continue in the young painter’s career. He painted the portrait of several personalities of the era, including the most famous example, Balzac in a monk’s robe, now at the musée des beaux-arts in Tours. Several of Boulanger’s works are held at the maison Victor Hugo in place des Vosges, Paris. He was illustrator of several Romantic works of Victor Hugo and Alexandre Dumas, as well as a series of strange lithographs on fantastical themes customarily attached to the frenetic vein which certain artists exploited in this period. La Ronde du Sabbat by Louis Boulanger is the only icon of this poorly-studied tendency.