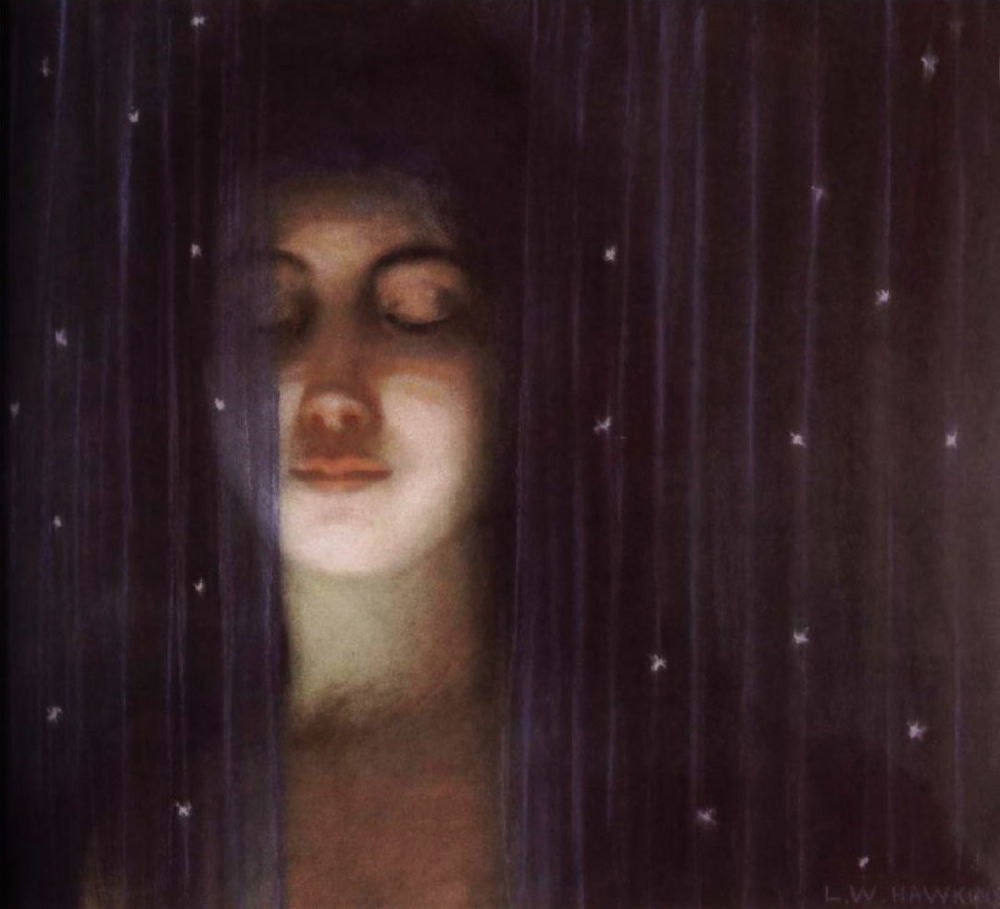 Louis Welden Hawkins (1849–1910) was born in Germany of English parents, later taking French nationality. He was a detailed Symbolist painter. Louis Welden Hawkins was born in Stuttgart, Germany on 1 July 1849. His mother was an Austrian Baroness, his father an Englishman. Hawkins moved soon to France and later took French nationality. Hawkins attended the Académie Julian in Paris. Hawkins rose to fame after his expositions in the Salon de la Société des Artistes Francais. His first works were shown in the Salon in 1881. After that, expositions followed at the Salon de la Société des Beaux Artes (1894–1911), the Salon de la Rose+Croix (1894–95) and La Libre Esthétique in Brussels. He spent his last years in Brittany, where he painted mostly landscapes. Louis Welden Hawkins died on 1 May 1910 and was honoured a year later at the Salon Nationale.

After his education at the Académie Julian, Hawkins chose the path of Symbolism. Symbolism began as an artistic movement that developed from Romanticism in France in the second half of the 19th century, taking its themes of decadence, dandyism and mysticism. Symbolism was a reaction to the impressionism. Symbolist painting emphasized fantasy and imagination in their depiction of objects. Symbolist artists often used metaphors and symbols to suggest a subject and favored mystical themes. Hawkins became famous because of his fine and dreamy female portraits.