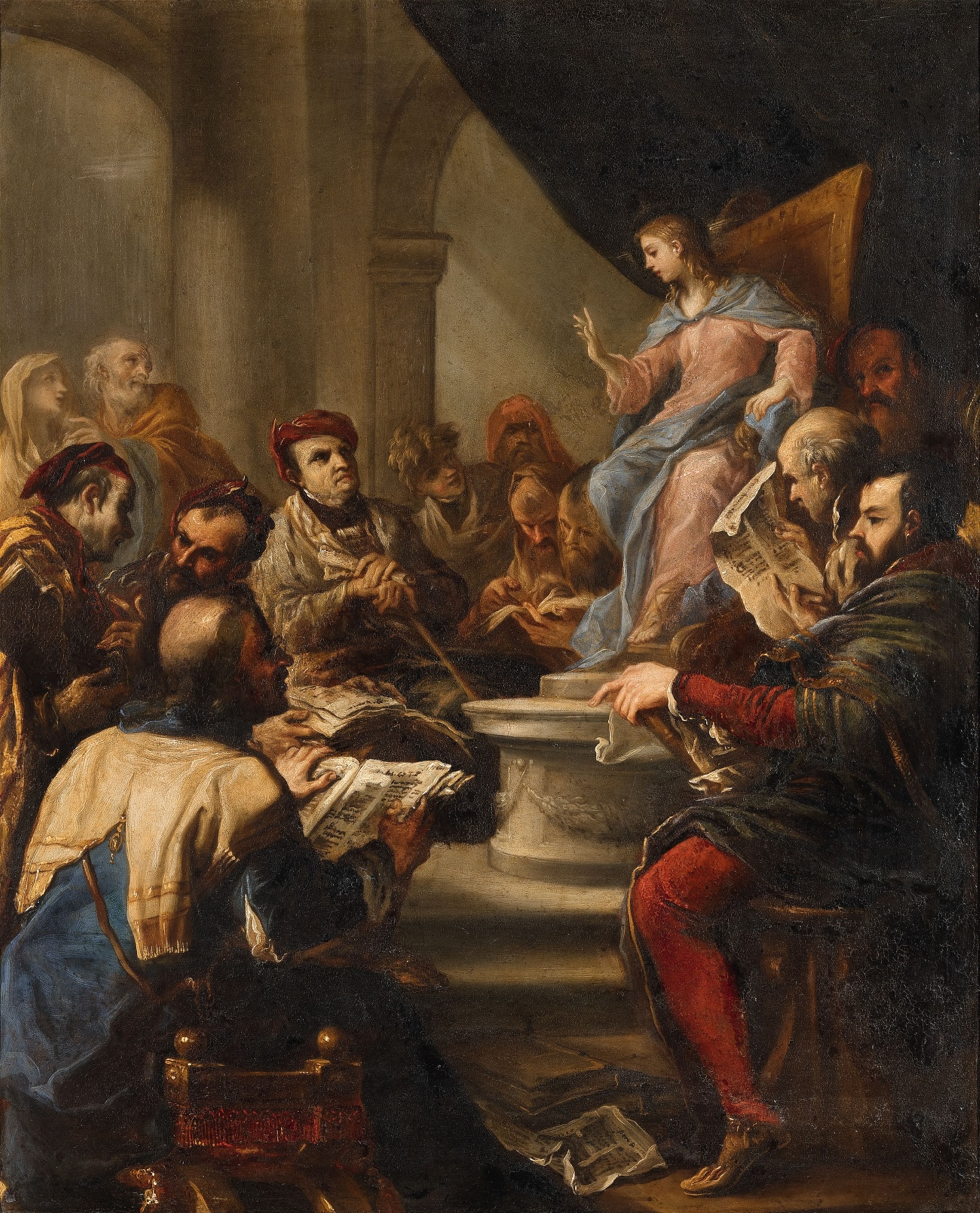 Luca Giordano (born Oct. 18, 1634, Naplesdied Jan. 3, 1705, Naples) Italian painter active in Naples. He was inspired by the work of Jos de Ribera and (after extensive travel in Florence, Rome, and Venice) that of Paolo Veronese and Pietro da Cortona, whose influence is most evident in his huge ceiling fresco in the gallery of the Medici-Riccardi Palace (168285/86), Florence. In 1692 he went to Spain as court painter to Charles II; his frescoes in El Escorial are considered his best works of the period. In 1702 he returned to Naples, where he completed his last great work, the ceiling of the Treasury Chapel of the Certosa di San Martino (1704). His oil and fresco output was enormous, and his subject matter ranged from religious to mythological themes; his nickname was Luca fa presto (Luca, work quickly). Many of his frescoes in Naples were destroyed or damaged in World War II.