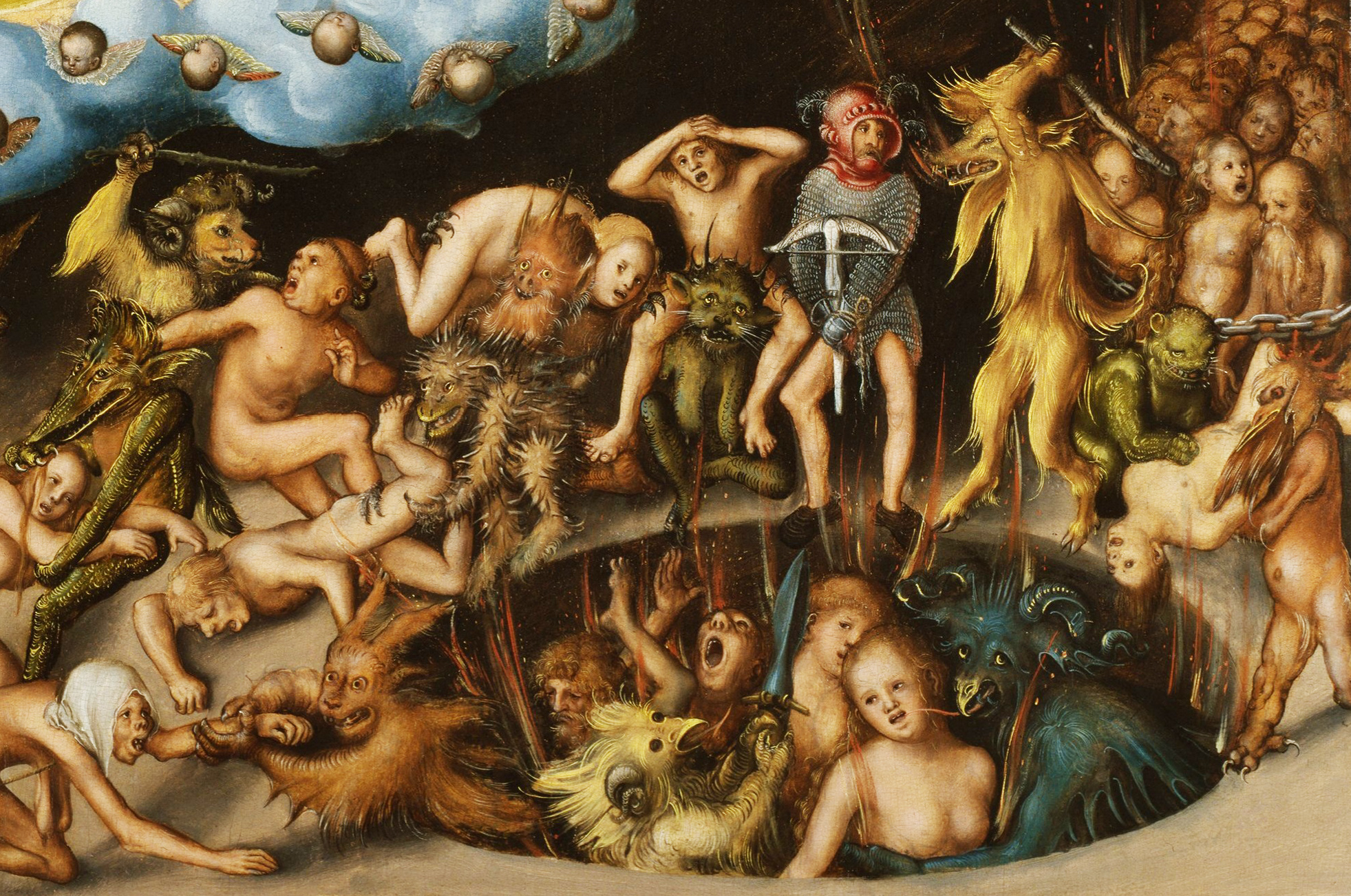 Lucas Cranach the Elder (Lucas Cranach der Altere, 4 October 1472 – 16 October 1553), was a German Renaissance painter and printmaker in woodcut and engraving. He was court painter to the Electors of Saxony for most of his career, and is known for his portraits, both of German princes and those of the leaders of the Protestant Reformation, whose cause he embraced with enthusiasm, becoming a close friend of Martin Luther. He also painted religious subjects, first in the Catholic tradition, and later trying to find new ways of conveying Lutheran religious concerns in art. He continued throughout his career to paint nude subjects drawn from mythology and religion. He had a large workshop and many works exist in different versions; his son Lucas Cranach the Younger, and others, continued to create versions of his father’s works for decades after his death.