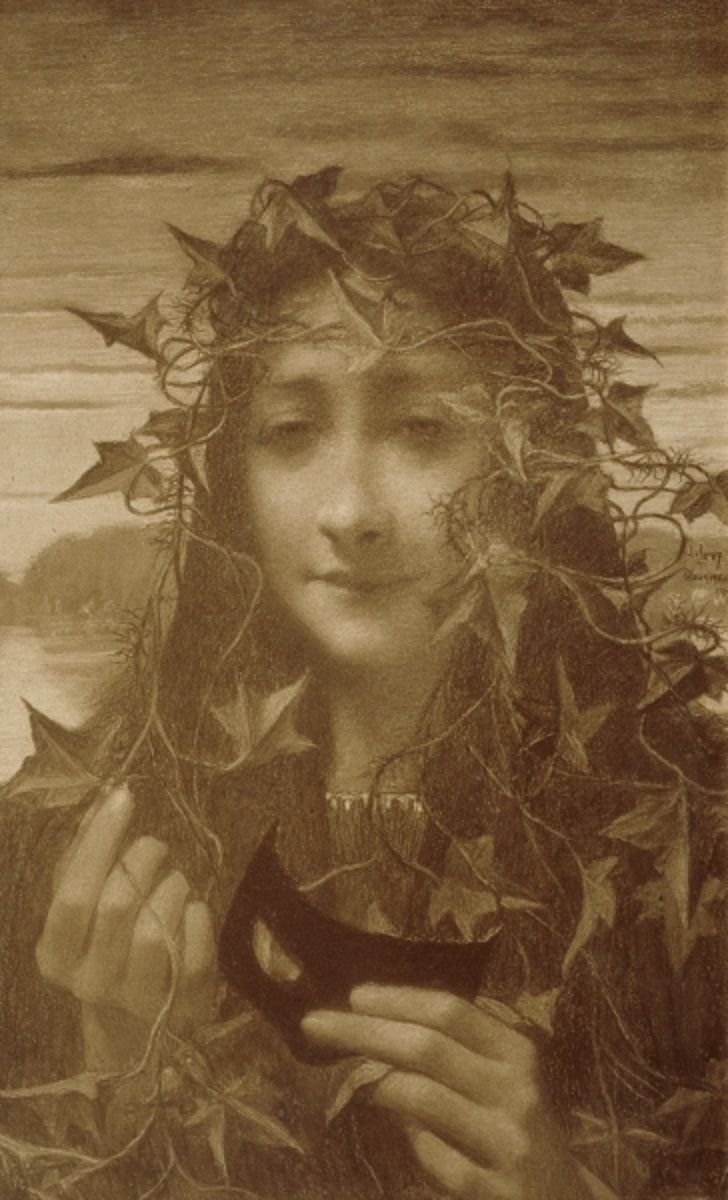 He was born Lucien Lévy to a Jewish family in Algiers. In 1879 he began studying drawing and sculpture in Paris. He first exhibited at the Paris Salon of 1882 where he showed a small ceramic plaque.[1] In 1887 Lévy began making his living near Cannes in southern France, overseeing the decoration of ceramics. From 1886 to 1895 he worked as a ceramic decorator and then as artistic director of the studio of Clément Massier. Around 1892 he signed his first pieces of ceramics, which were influenced by Islamic Art. In 1895 he left for Paris to begin a career in painting; around this time he visited Italy and was further influenced by art of the Renaissance.

In 1896 he exhibited his first pastels and paintings under the name Lucien Lévy-Dhurmer; he’d added the last two syllables of his mother’s maiden name (Goldhurmer), likely to differentiate himself from other people named Lévy. His paintings soon became popular with the public and among fellow artists as well. He earned high praise for the academic attention to detail with which he captured figures lost in a Pre-Raphaelite haze of melancholy, contrasted with bright Impressionist colouration. His portrait of writer Georges Rodenbach is perhaps the most striking example of this strange and extraordinary synergy. After 1901 Lévy-Dhurmer moved away from expressly Symbolist content, incorporating more landscapes into his work because of his travels in Europe and North Africa. He continued to draw inspiration from music and attempted to capture works of great composers such as Beethoven in painted form. In 1914 he married Emmy Fournier, who had been an editor of the early feminist newspaper La Fronde. By this time he was working primarily on landscapes, both oil and pastel, in a style similar to Whistler and Monet. He died in Le Vésinet in 1953.