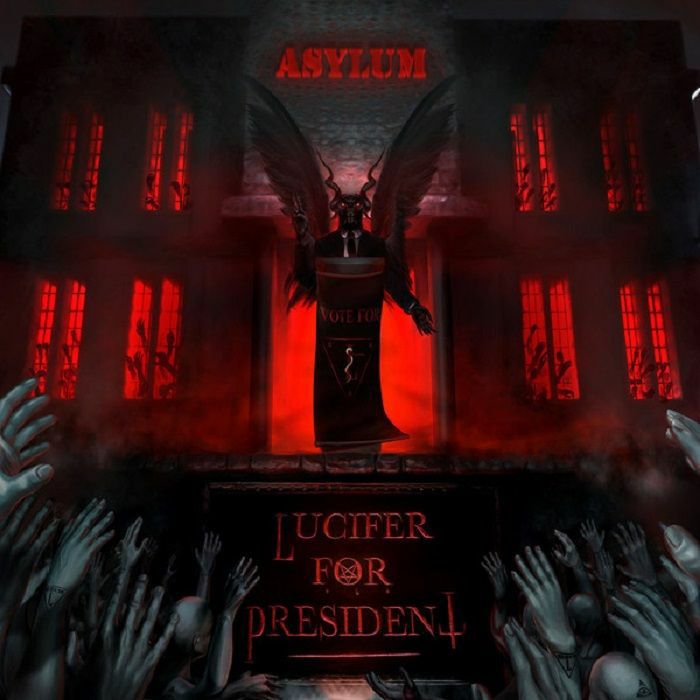 ‘Asylum’ is maybe our best declaration of ‘purity’. The first and only idea behind the composing process has always been straight, easy listening and rock. It could seem a loss of Focus in a certain way because our past as musicians says another story. But our return to a ‘primitive’ way is the key to spreading a message for everyone, which talks of proudness and strength. Today, sitting down and believing in someone or something could seem easy. Our music (and the lyrics of Nico) is the perfect trip through a deep-down hidden message. We are the simplest choice for whom the music matters. So in our life, is not Lucifer to vote every day?

The first inspiration for the lyrics is Nico’s life. He’s fought against his demons (as every one of us). The battle has left him full of scares and weakness. So at that point, the only choice for him was to create a type of ‘universe’ where every sin becomes a benediction, every scar becomes a hymn to celebrate the basic idea of rock n roll. You read ‘Sex drugs and rock n roll’ he writes ‘freedom to be’ even if the price to pay could be very high.

This lineup became a reality at the end of 2019, so we’ve passed our lockdown without rehearsals. In this ‘strange’ situation, we recorded something, then before the second Lockdown, we finished the vocals, but without a ‘project’.everything became more tangible after the interest of My Kingdom Music. We have completed several parts then I mixed everything in my studio. Maybe next time we’ll have a ‘project’! We are against everything. Not because we don’t care about it. We think that classifications are needed in science, not in everyday life. Divide et Impera is always an actual motto.

I started listening to hard rock when I was eight years old with ‘Creatures of the Night’ of the KISS. Then I’ve started discovering every type of music. my uncle was a drummer and my father a composer and guitar player, so music has always been around me. Year after year, I’ve discovered metal, then death metal, then black metal in a natural process of knowledge about hard music. so I have a favourite album for every step. ‘Creatures of the Night’ because it was the first.Conspiracy of King Diamond when I’ve started to listen to something heavier and dark. ‘Kill’em All’, Metallica was my first approach to thrash metal. Then Blessed are the sick (Morbid Angel) and surely Pure Holocaust by Immortal, the perfect representation of black metal, in my opinion.

Music is one of the reasons I wake up every day. Thousand of memories are linked to music and everything about it (so concerts, rehearsals, recording sessions, friendship, girls.) it’s my world, and I know that’s the same for my bandmates and thousands of people out there. when you’ve called it a ‘spiritual experience’ you’ve nailed it!