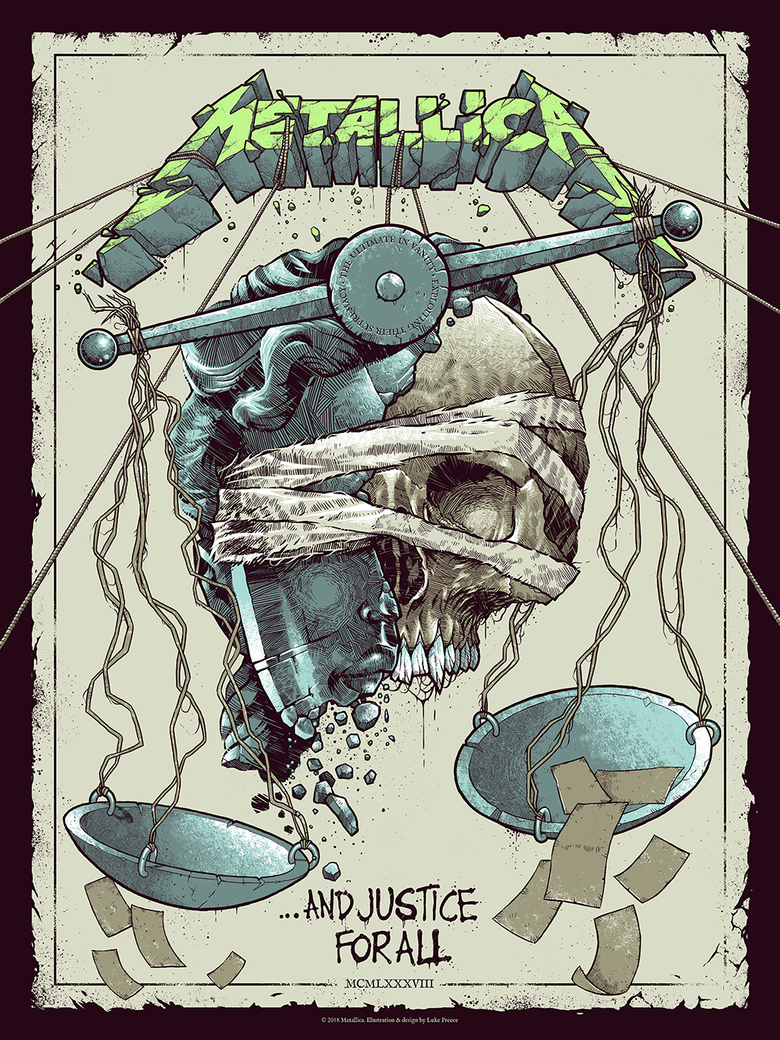 “I like things that are graphically pleasing on the eye”

From a very young age I was always very passionate about all things creative. Whether it be playing guitar or picking up a pencil and doodling. When I hit 18 years of age I went to study at Bournville Art College in Birmingham. After that I landed a job as a Junior Graphic Designer for a small design agency. I moved around a few different studios, tried to do the whole ‘band thing’ gave up then landed a job with legendary british sci-fi comic 2000AD as a graphic designer.

After playing in bands I made a few contacts through that. People like Julie Weir (Visible Noise, Music For Nations). Also, having worked for 2000AD you get to meet a lot of people through that just because of the popularity of the comic.

Normally the brief comes from the publisher, record label or the band themselves. Sometimes, I just try and pitch an idea which normally gets ideas flowing from all sides. Sometimes people need to see what they don’t want to reach a realised idea of what they do want… If that makes sense? No project is ever really the same though.

I can remember listening to a few albums that really stood out to me when I was younger because of the marriage of the music and the artwork. I remember listening to ‘And Justice For All…’ by Metallica and just loving the imagery by Pushead (love his artwork) as I flicked through CD booklet. Worked perfectly with the aggression of the music. Another would be Sepultura’s ‘Chaos AD’ album. Absolutely love the music and the cover art. Just so brutal in every way.

I’m a big fan of comics and Star Wars so this probably plays a big part I’m sure. Basically, I like things that are graphically pleasing on the eye and if it works within the design brief then why not.

I love lots of different types of artwork. As I mentioned I’m a big fan of Pushead. Loved all the stuff he did for Metallica back in the 80’s and early 90’s. Obviously, a lot of 2000 AD artists too. Guys like Henry Flint, Steve Dillon, Jock, Simon Davis, Brian Bolland. I think some of the stuff that Dan Mumford is doing is fantastic also. Oh and John Baizley from the band Baroness is a fantastic as well.

By daytime I work as a Senior 2D artist for a video game developer called Radiant Worlds. I mainly do concept art. Outside of this I do commissions for Music For Nations, Metal Hammer and 2000AD. I’ve rebranded Music For Nations logo recently and am currently working on a few band projects with them. I’m also in talks with a company called Dark Ink Art about doing some licensed work for Lucas Arts and 20th Century Fox – which will be awesome.