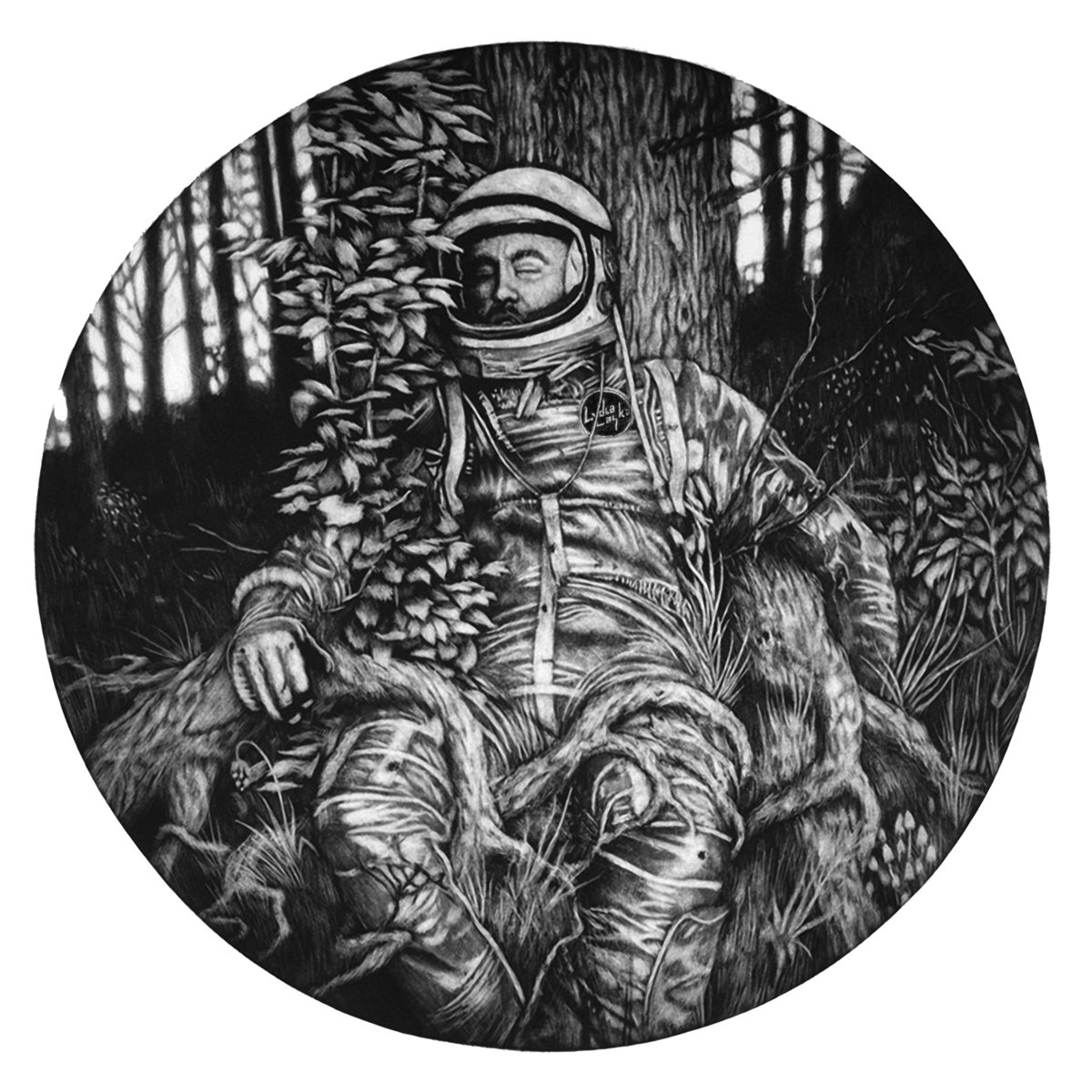 A hedonistic mixture of all things weird and dangerous! Our musical tastes go far and wide, so we throw in everything we like and cook ourselves a witches brew of proto-punk, krautrock, psychedelia and old school black metal. Not so much black metal perhaps, but it’s lurking there in the background. And a lot of our songs are quite dreamy and pop-ish if you listen through the fuzz.

‘Ego Death’ was recorded and produced by our good friend and longtime collaborator Emil Nikolaisen (Serena-Maneesh, Årabrot, Todd Rundgren + + ). We tried to create something that sounds both nasty, cheap and expensive at the same time. Like the whole thing could fall apart at any time. The album was written over a period of ten years I believe, maybe even longer. Yeah, the song “You” was written back in 2001,  just after I had put Dismal Euphony to rest. My newest songs on the album, “Funeral Fist” and “Levitation”, were written in 2015/2016 and completed just weeks before recording. My writing process is usually quite slow, I come up with a part here and a part there, record them with cheap equipment, forget them and come back to them at a later time to re-arrange and puzzle around. Often the songs take many shapes before the final arrangement is set. And some times I just sit behind the drum kit and record whatever energy I have right there and then, and try to make a song out of it afterwards. At least one of the songs for our next album is being written like that, and it might be more since it’s totally unpredictable and brings me out of my comfort zone. I recorded this quite wild drum take in the middle of a drunken night, and afterwards, I recorded a couple of bass riffs on top and then added some xylophone. No guitars yet, and no vocals, but we’re slowly working on it. It’s fun to try wildly different approaches, usually, I just write with an acoustic guitar.

Can only speak for myself here, and I hate writing lyrics But I had to do it, cause everything in this band is so fucking personal. We’re spilling our guts doing this, there are no fantasy dragons or superficial themes at all. We’re plotting against the mundane. My lyrics on this album are about things in my real life, some of them almost too private. “Gout Lord” is about me actually getting to experience the horrors of gout last winter, I wrote the thing while my foot was aching and swollen and I had to use crutches to get around. “Funeral Fist” is a bit more cryptic, but is basically about insomnia and the urge to create in the middle of the night. “Brainmelt” deals with the mind-bending topic of writer’s block. You know, I struggle writing lyrics and with this one, I tried to write a text about not being able to write a text… So there you go.  “You” is about the eternal war of egos in this world (none mentioned, none forgotten), and “Levitation” was based on the idea of merging with nature by the help of certain entheogens. It was co-written with Kandi in the studio, so I’m sure he has some things to say about his parts of it as well. The song was meant to be an instrumental, but we felt it needed some wounded vocals on top and I’m very glad we recorded those fantastic vocals. My favourite vocal takes on the whole album for sure.

Since a decadent lifestyle is in our DNA there’s no way around it. I think Kandi has more to say about this than me, as he wrote some pretty raw lyrics about his own addictions on our first releases and maybe about the aftermath on this one? He’ll answer this himself. When it comes to other inspirations I like weird underground cinema and some times “steal” old psychedelic movies and make Lydia Laska videos out of them. It’s kinda strange that Youtube let us do this, cause they can see that the material is copyrighted but they don’t give a damn because, you know, advertising money I guess. I’m not fond of neither religion nor politics, even if I have my opinions on both. Not bothering to get into it here I’m afraid. Fuck’em all.

I don’t think we are very influenced by current art. I’m into some modern art, and some times buy a piece from a friend or spot something l like by chance, but I don’t think it influences my music in any big way.