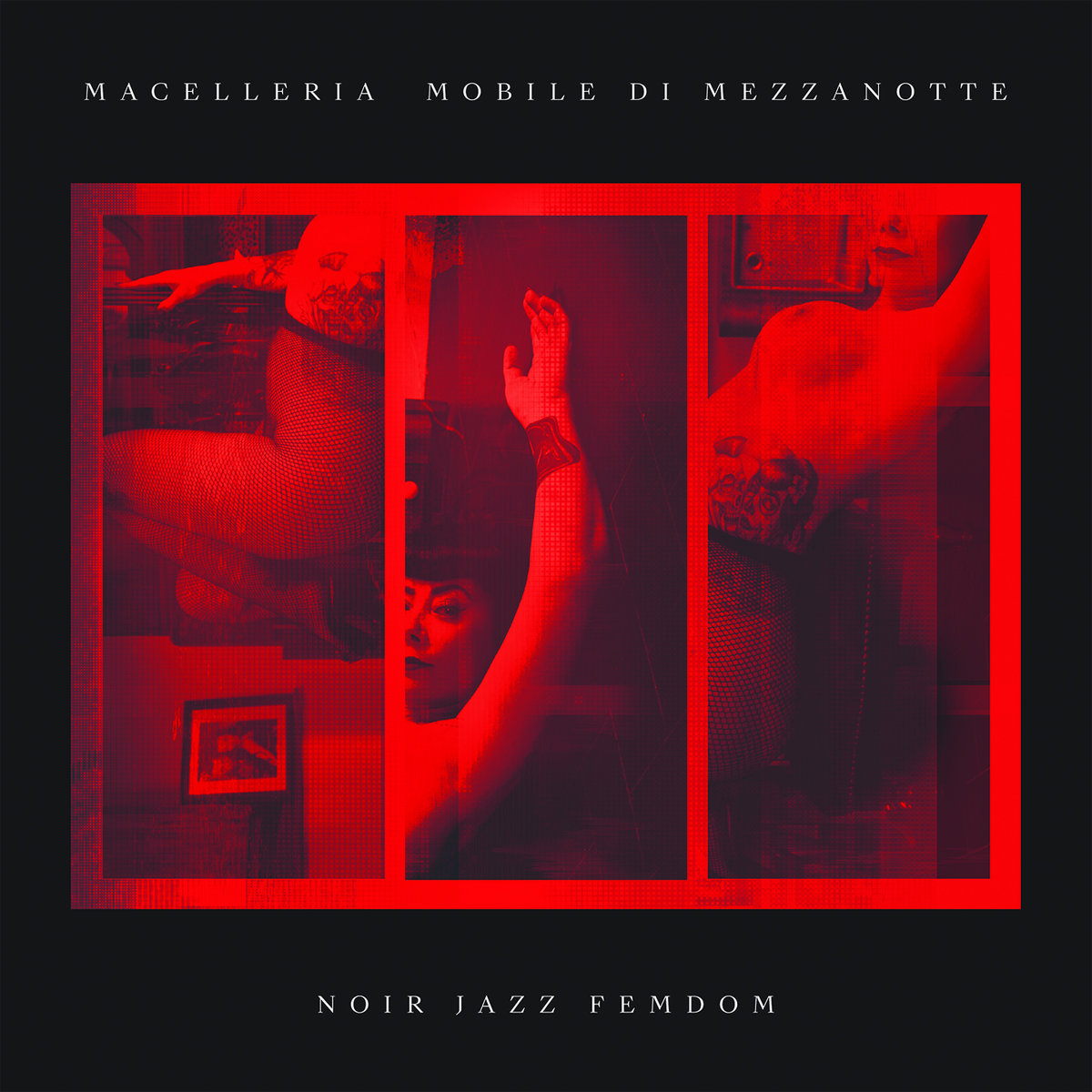 People call our music “Noir Jazz” actually a deviation of dark electronica, doom ambient and noise. Other similar acts we are often assimilated with: Zu, Bohren und der Club of Gore, Dale Cooper Quartet. When we started in the early 00s we were playing some sort of minimal noise called power electronics at the time (Whitehouse, Atrax Morgue, Merzbow).

‘Noir Jazz Femdom’ comes after almost 20 years of music under the monicker MMM. Many records after, we have developed a very intuitive way to play music together. We know each other, we are used to jamming like a rock band with buttons and keys. Then we have a saxophone and (sometimes, not in every song or record) we have vocals. We are four and some of us live in the US for the great part of the year, when we have the chance to team up and make music we do really need to optimize the time. Much of the work is made on the distance, then we combine all the ideas and intuitions and finalize the record in a few weeks.

Inspiration comes from noir movies, crime literature and stories of serial killers. Our obsession is the Monster of Florence who killed victims from late 60s to mid-80s in the surroundings of Florence.