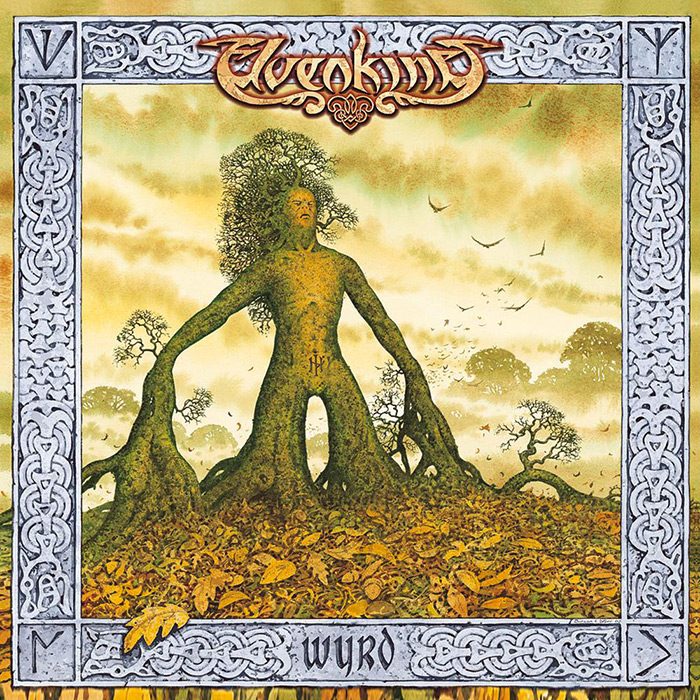 Wyrd is the underlying fabric in the Northern/Germanic cosmology. The laws of Wyrd supercede the will of the Gods, of men and all creatures. Wyrd provides the basic structure for the Nine Worlds, and manifests itself in Yggdrasil and the Well of Urdr. One can compare Wyrd to a song, there are many differnt ways to sing it but the basic tune remains the same. Wyrd is also frequently seen as weaving, different threads coming together on a framework to make a pattern.

Magic is one of the ways we interact with Wyrd. “Knowing” magic (in Manny Olds’ words) or “predictive” magic (Groa’s) is about becoming aware of the patterns in Wyrd and the disposal of individual strands in the tapestry. Spae-work and Rune-work are two of the techniques which can be used for this.

“Doing” magic is the reverse procedure : we seek to change the pattern, to vary the tune. However, Wyrd can only take so much “interference” and will seek to revert to the original pattern. Magic causes a change in the pattern, an opening, but it takes conscious work to maintain that change; it cannot be maintained by magic alone. A talisman is “magic that sticks” someone said: a talisman will initiate a change in the strands, but to be effective it needs the bearer to be consciously aware of his intentions. This is (amongst others) what I mean by work.

Some threads of Wyrd are also more resistant to “interference” than others, they cannot be affected by magical or other means. Other threads of Wyrd are just the background colours in the tapestry, or the doo-whop girls in the chorus: they can be changed easily without deeply modifiying the whole. This explains why magic works in some cases and not in others.

In my theory, the will of the Gods play a part, but they do not have a monopoly on influencing Wyrd. If a magical working meets with their approval, they will probably exert their capacities to bring about the desired change, and conversely withold them if it does not. But that does not mean the working will automatically succeed or fail. “Black” Magic unfortunately works just as well as “White”, if the magician’s will is strong enough. And magic also works without a framework of gods.

Whether magic will succeed or not depends on two factors : a. The resistance of Wyrd to the change in the pattern you seek to bring about. b. The force of will being brought to bear on the desired change. (for example, 10 people performing a working which meets with the approval of the Gods will have a lot more will-power behind it than 1 person trying to do something the Gods frown upon).