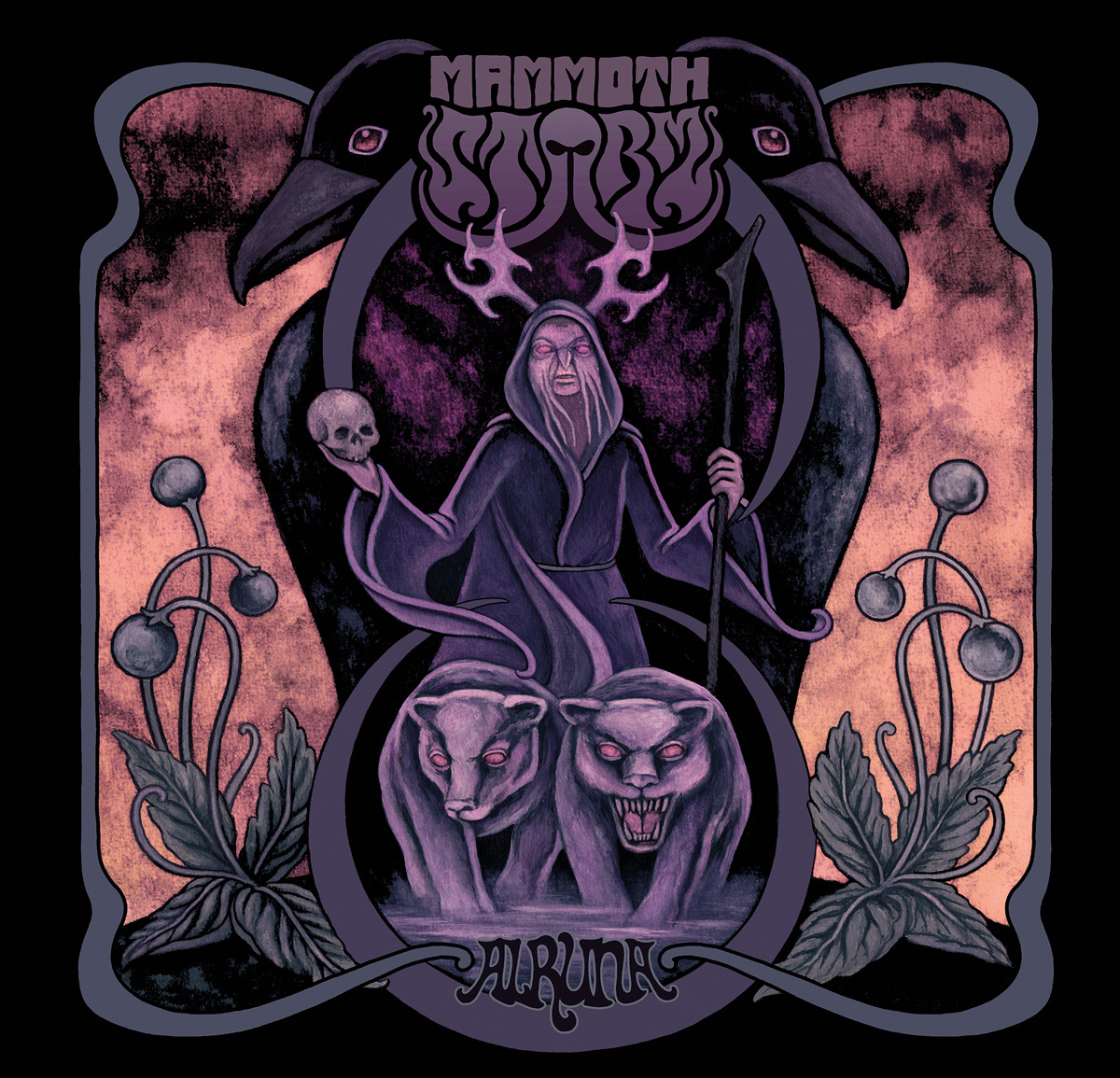 Mammoth Storm is a stoner/doom band from Sweden who’s been around long enough to make some fuzz in the world of slow and heavy riffs. Previously on Napalm records, Mammoth Storm has now changed the label and are about to release the second LP, called ‘Alruna’, at Italian Argonauta records.

How we got here? Hmm…well I guess that it has something to do with Mammoth Storm being such a high prolific band in terms of both music and visuals, right? At least it would be nice if that was the case, but I’m not sure. The only thing I´m certain of is that we´ve put a lot of effort to find our own take on how to make this kind of music and how to combine the sound with interesting lyrical themes and suitable imagery.

Our up and coming LP ‘Alruna’ consists of no less than five epic sledgehammers that are just as crushing as ever but at the same time a bit more varied than the songs on our debut. It´s been a natural progression and a step forward in my opinion. Mammoth Storm is, and will most probably always be, grounded in the relentlessly heavy, but there ought to be something more as well to make the whole journey interesting. With this said, ‘Alruna’ is far from being calculated in any way. We just keep doing what we like ourselves. That´s the essence of what we do and also the only way to keep it real.

I think we mostly draw inspiration from just come together with the aim to make some killer songs. At least for me, that´s what inspires me the most. To see what we are able to create together.