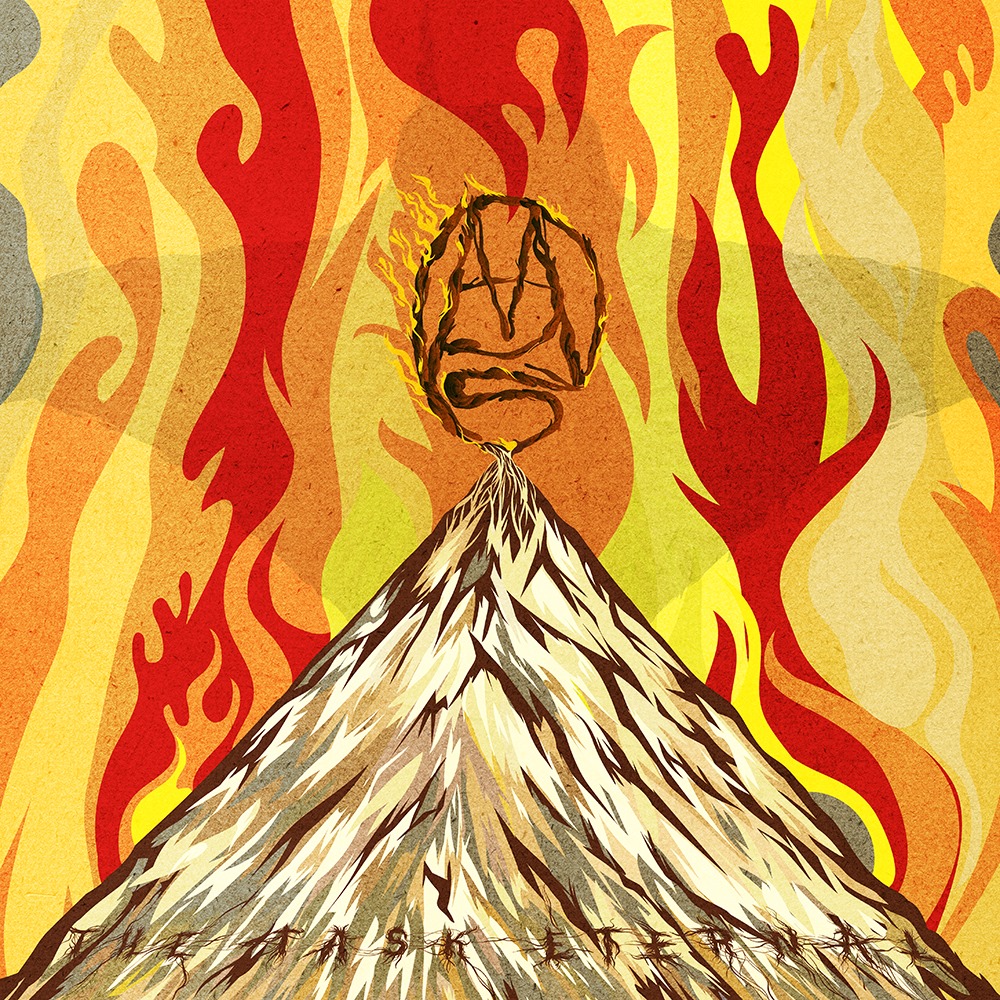 Matgaz: I’m Matgaz and I play the drums in the band since 2012. I started playing my instrument in the mid’ 90’s and quickly got into my first band, and get to play shows and record albums. This band was called Headcases we’ve been touring and making records for 10 years, and last weekend we just reunion to celebrate the 20th anniversary of our first album. After these 10 years with this band, I’ve been into different Punk Rock bands and also I’ve been playing with the American bluesman James Leg for 8 years, I still play with him today when I’m not busy with MRS.

Julien Pras: I’m Julien Pras and I play the guitar and sing in the band. I started playing music with my brother, we had a band with another pair of brothers, and I was playing bass and singing a little bit. Around the same time, I started writing acoustic songs under a funny name, Calc, and that’s when I met Jimmy and a bunch of other friends. He had a practice place and a lot of people were hanging around there. That’s how I met the guys that played with me in Calc from then on. We put out a number of albums and toured a lot, with Jimmy as our manager. That’s how we met with Matgaz, we played several shows with Headcases. Our first album with Calc came out 20 years ago too.

Julien Pras: There is no main focus, we don’t try to write about anything specific. The music usually sets the tone for the lyrics, since they’re always written afterwards. I start by throwing in a few words and see what happens, but I realised that the same old obsessions tend to come up. This time though there was a sense of frustration and urgency that prevailed.

Matgaz: MRS is pretty active, it keeps us very busy. Julien Pras and I are musician full time. For me it’s not healthy to be in only one band when you are a musician. It’s why I’m involved in other bands like Epiq (bass/drums/balafon, kinda African metal if we can say) and I still play with James Leg sometimes plus other replacements I can do… Still, MRS is a big part of my job and it’s my main band and my priority.

Julien Pras: Same here, I play in a couple of other bands including a solo act which I usually produce at my place. That’s another aspect of music that I’ve always been drawn to. The last track on the last album (A Far Cry) was recorded at home.

Matgaz: In my souvenir, I don’t remember any really harsh reviews… I can completely understand people can not be into what we do, I would even say hopefully there’re some. We often play in different contexts, out of our niche, trying to reach new people and very often, people are at least reactive to what we propose, so we don’t really have to deal with indifference…

Matgaz: Styles of music pretty far away from what we play like: Jazz, African, Indian music are a big source of inspiration for me as a drummer. Since I climb and I travel in some beautiful spots hiking or climbing, this feeds me a lot as a person and it definitely makes me a better player. Actually, since I took a little bit of a distance with what I’m doing, I do it better.

We work with the same artist for our album and EP covers.
Carlos Olmo www.facebook.com/carlosolmo3000.

The artwork is very important for us, we work with a lot of different people regarding tour posters, silkscreen, t-shirts for a long time. Now almost of them are friends. These are some names.