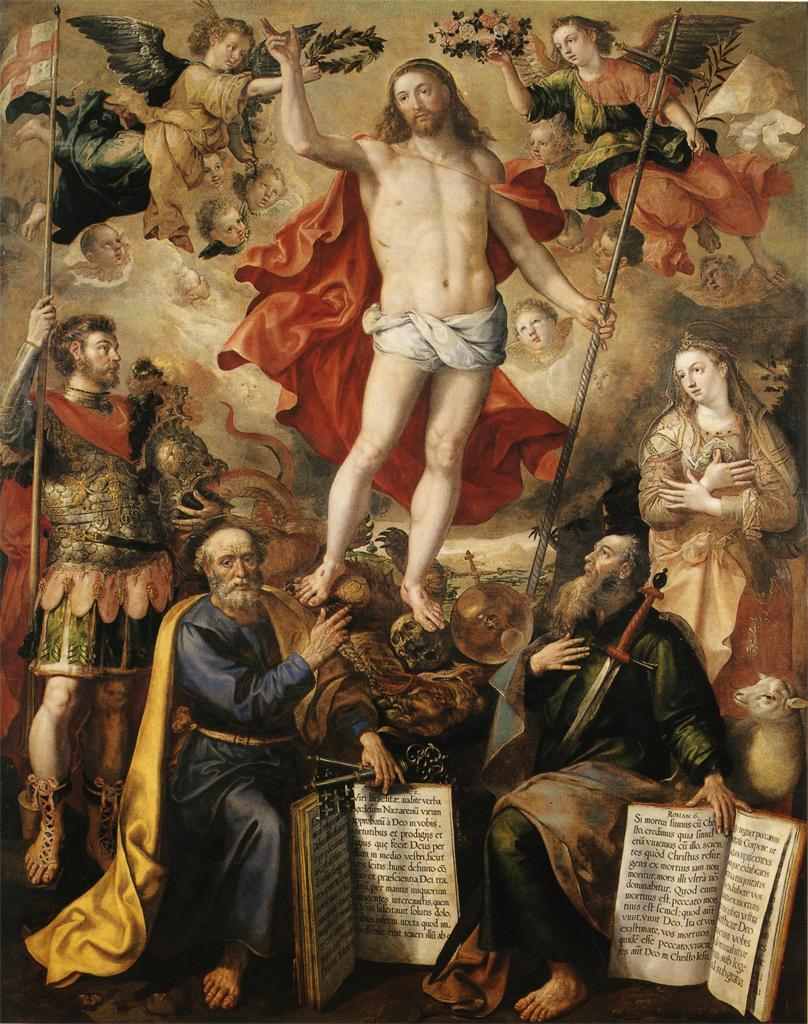 Marten de Vos (1532 – 4 December 1603), also Maarten, was a leading Antwerp painter and draughtsman in the late sixteenth century. Like Frans Floris, he travelled to Italy and adopted the mannerist style popular at the time. De Vos was also highly influenced by the colors of Venetian painting, and might have worked in the studio of Tintoretto.[1] Following the iconoclastic destruction in 1566, he was one of the artists largely responsible for redecorating churches with new altarpieces in Antwerp. Many of these, such as St. Luke Painting the Virgin (1602), painted for the Guild of St. Luke in the Antwerp Schilderkamer, or painter’s room, and the Marriage at Cana (1597), painted for the wine merchants guild, were commissioned by leading Antwerp institutions.[2] His nephew Willem de Vos was also a painter. He was also the founder of the society of the Romanists, which brought together artists, connoisseurs and humanists who had travelled to Rome and appreciated its humanist culture. A 16th century oval painting of Saint Raphael, Archangel and the young Tobias at the Mexico City Metropolitan Cathedral is attributed to De Vos.