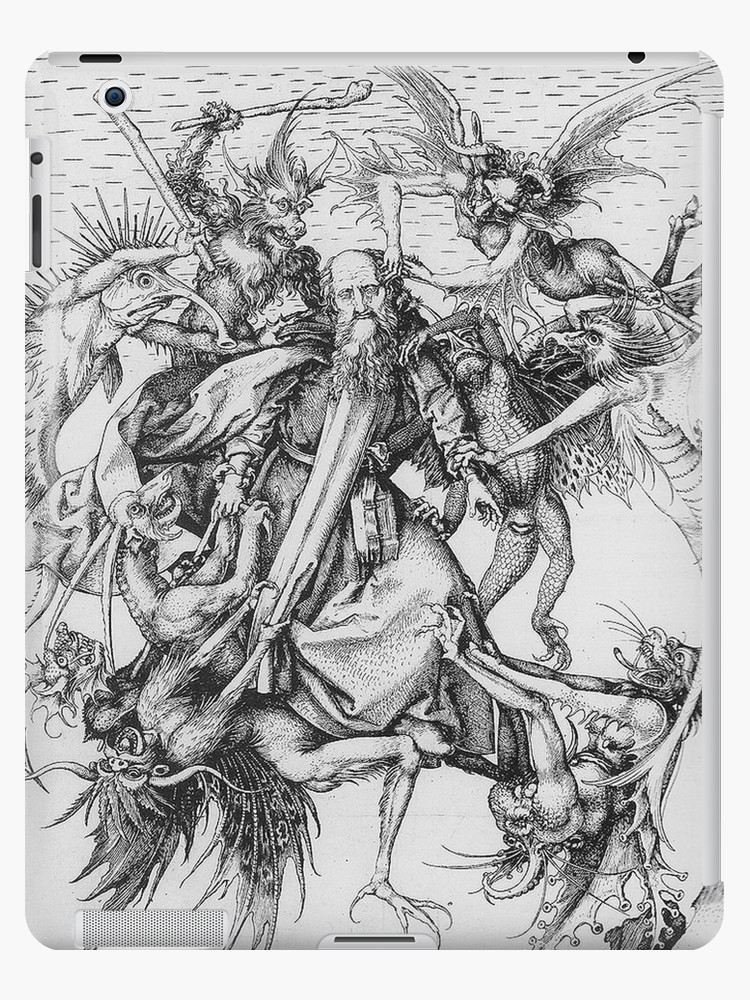 Schongauer, Martin (mär’tēn shōn’gou-ər), 1430-91, German engraver and painter, son of a goldsmith of Colmar, Alsace. Schongauer’s only certain painting is Madonna of the Rose Arbor (1473; Church of St. Martin, Colmar). The strong figures and faces are treated with the almost metallic sharpness and linearity that later characterized his engravings. There also exist fragments of a mural in the Church of St. Stephen, Breisach, where he lived (1488-91). His work shows Flemish influences, particularly of Roger van der Weyden and Dierick Bouts. Schongauer is best known for his remarkable engravings of religious subjects. He produced 115 engravings signed with his monogram, M+S. Executed with exceptional virtuosity, they were of great importance for the development of German art and were particularly admired by Dürer. Outstanding examples of Schongauer’s engraving are The Wise and Foolish Virgins, The Passion, Bearing the Cross, Death of the Virgin, Adoration of the Magi, Christ Enthroned, and Temptation of St. Anthony. Schongauer was one of the earliest engravers to use copper for reproduction and contributed much to the development of the art.