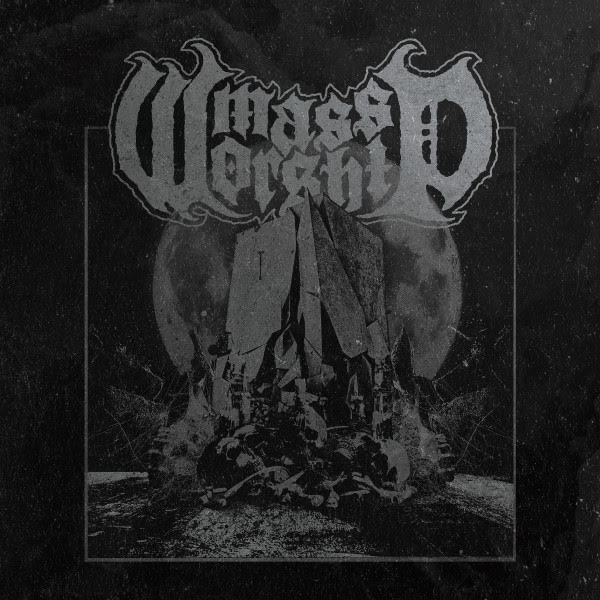 Hailing out of Scandinavia, Mass Worship is a darkened metal band tastefully adding onto Scandinavian metal’s rich legacy with their uniquely heavy and gritty sound. The Stockholm-based band was officially formed in January of 2018. Still, the members carry a rich history comprising of relentless touring and recording schedules, and the future that lies ahead of Mass Worship will be no different.

Mass Worship is the culmination of grinding in the underground scene with numerous projects and constellations for the past ten years. We all have a background in punk and metal, relentless touring schedules and creative outbursts. Collectively I think we all had the urge to create something more focused and bigger than our previous projects, go all-in on all fronts creatively, with touring, with production, so we started Mass Worship.

Much like with the inspiration, we want the artwork to enhance the musical landscape and help guide the listener into space where our songs live and hopefully evoke some deeply suppressed emotions. The scenery depicted on our album is pretty much what we see in front of us, listening to and playing our songs. It’s also a scenery I think many people see as the inevitable future of humanity. Whether we spend our time thinking about it or not, we have all these monstrous existential threats looming over us at all times the environment, nuclear war, A.I. and all the ethical implications we’re soon faced with regarding gene manipulation, among many other things. I think this feeling of hopelessness is something deeply engraved into the consciousness of everyone living today. The last few decades of relentless materialism have left a bitter taste. I think most people just care about saving their asses nowadays; it’s just a natural consequence of the political and cultural climate we chose to live by.

Our self-titled debut is an introduction to the world and sound of Mass Worship. We try to tap into the underbelly of reality, explore the darker sides of life and create something that lies at the periphery of our existence and understanding.

The works of Kubrick, Tarkovsky, Bergman and such are a big inspiration; they explore themes that resonate extremely well with what we’re trying to do without being overly direct with any message. It’s more about evoking emotions, delivering a message that is hard to convey only using words.