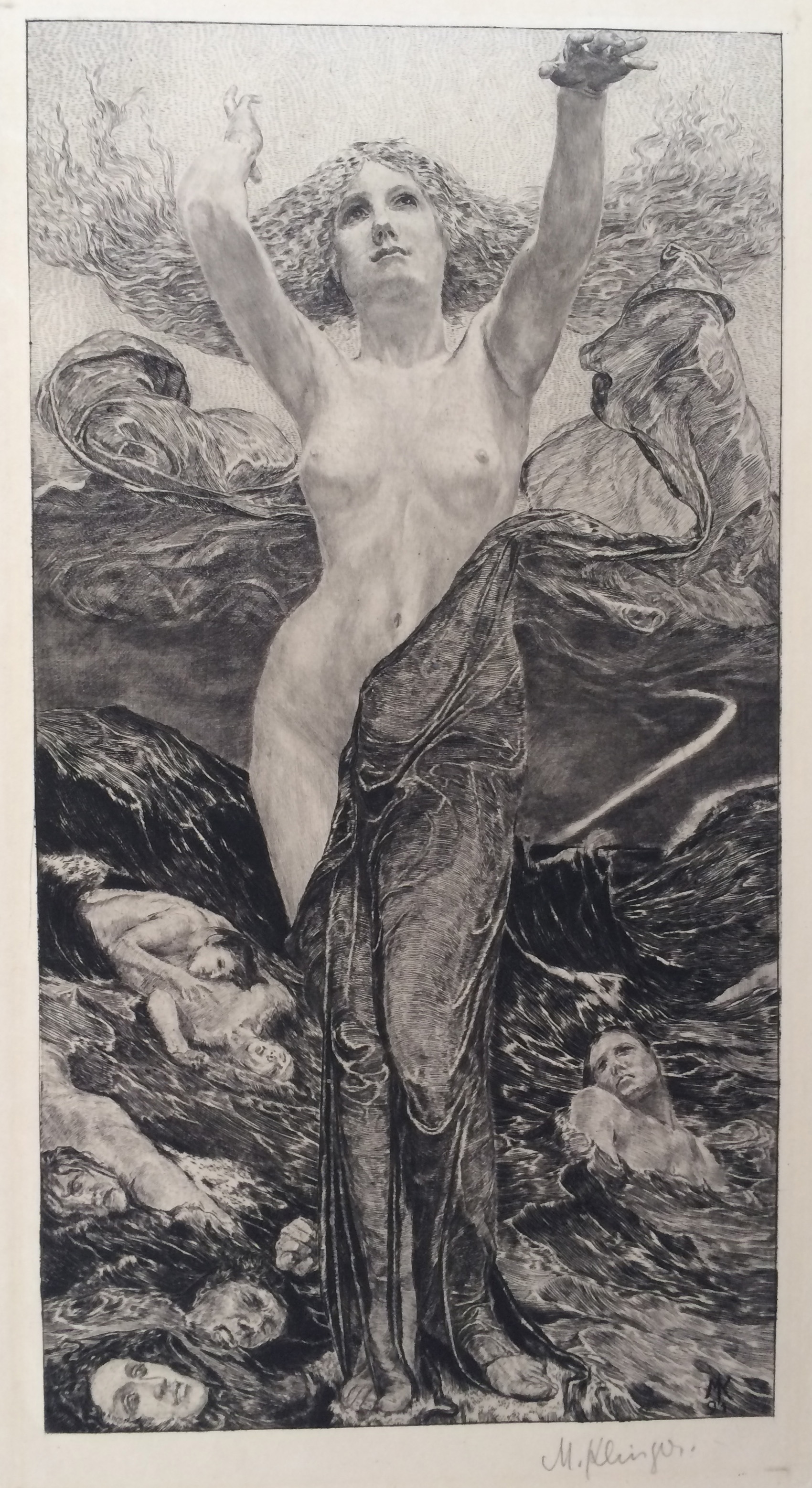 Max Klinger (born Feb. 18, 1857, Leipzig, Ger.died July 5, 1920, near Naumburg) German painter, sculptor, and printmaker. He is known for his use of symbol, fantasy, and dreamlike situations, reflecting a late-19th-century awareness of psychological depths. His vivid, frequently morbid imaginings and his interest in the gruesome and grotesque can be seen in his Goyaesque etchings. He is best known for a series of pen-and-ink drawings called Series upon the Theme of Christ and Fantasies upon the Finding of a Glove, which tells a strange parable of a hapless young man and his obsessive involvement with a woman’s elbow-length glove. He also created controversial treatments of religious themes. In his later years he worked primarily in sculpture. He had a deep influence on many artists, including Edvard Munch, Kthe Kollwitz, Max Ernst, and Giorgio de Chirico.