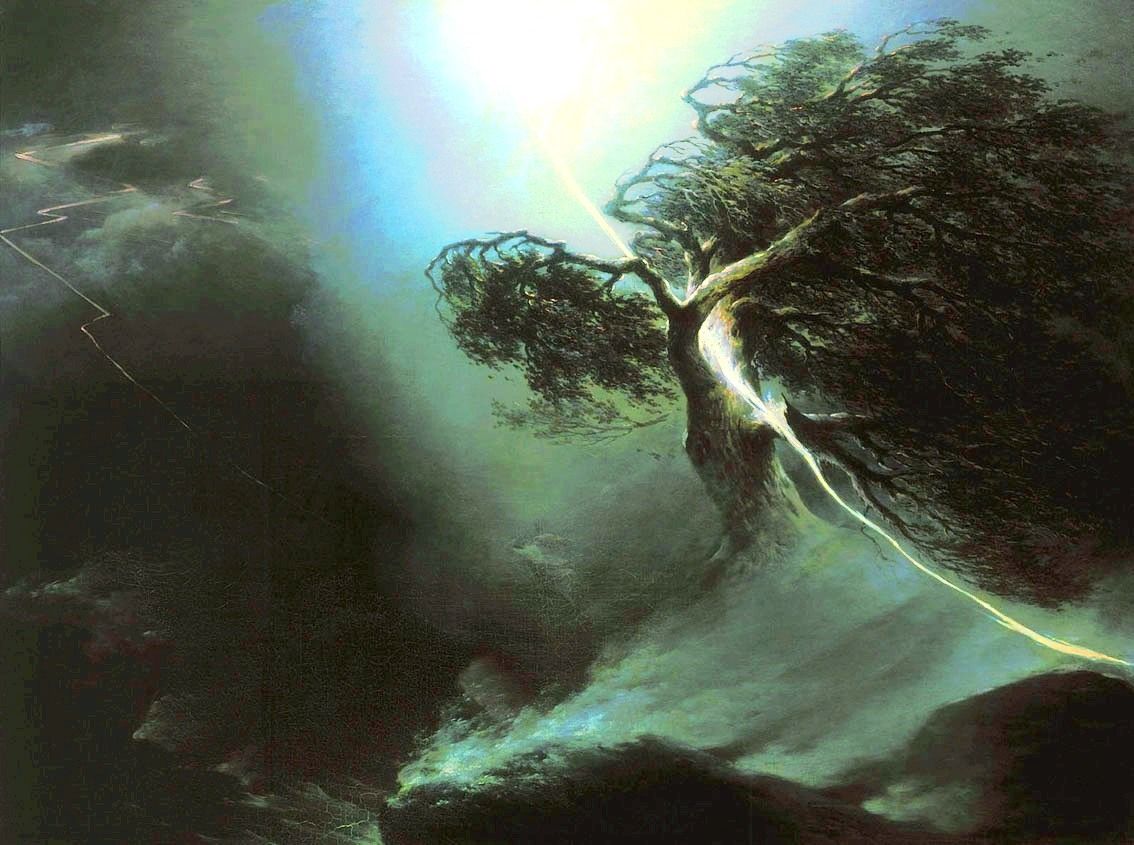 Maxim Nikiforovich Vorobiev (1787-1855) was a Russian Romantic landscape painter. Vorobiev was born into the family of a soldier, who on retirement became a guard in the Academy of Arts in St. Petersburg. There, Maxim was admitted in 1798 where he initially studied architecture but graduated as a landscape painter in 1809. In 1814 he became an academician, 1815 an associate professor, in 1823 a professor, and in 1843 an honored professor. He had many pupils, among them Ivan Aivazovsky, Alexey Bogolyubov, and the Tchernetsov brothers.

Despite his pedagogy, Vorobiev himself painted all his life. The artist painted city and sea, architectural monuments, landscapes and war scenes. He travelled a lot, notably in 1813 with Russian troops, a time when he created some of his most memorable works of landscapes, seascapes, and cityscapes abroad. Several notable paintings from home were “View of Moscow” and “View from Yauza of Kremlin in Moscow.” The paintings created by Vorobiev during his trip to the Middle East brought him possibly the most fame; paintings such as “View of Jerusalem” and “Oriental Landscape.” At the end of the 1820s Vorobiev visited the military theatre on the Danube where he painted some of his most prominent later works. Maxim Vorobiev’s works influenced many Russian painters, and among them was Socrat Vorobiev, Maxim’s adopted son.