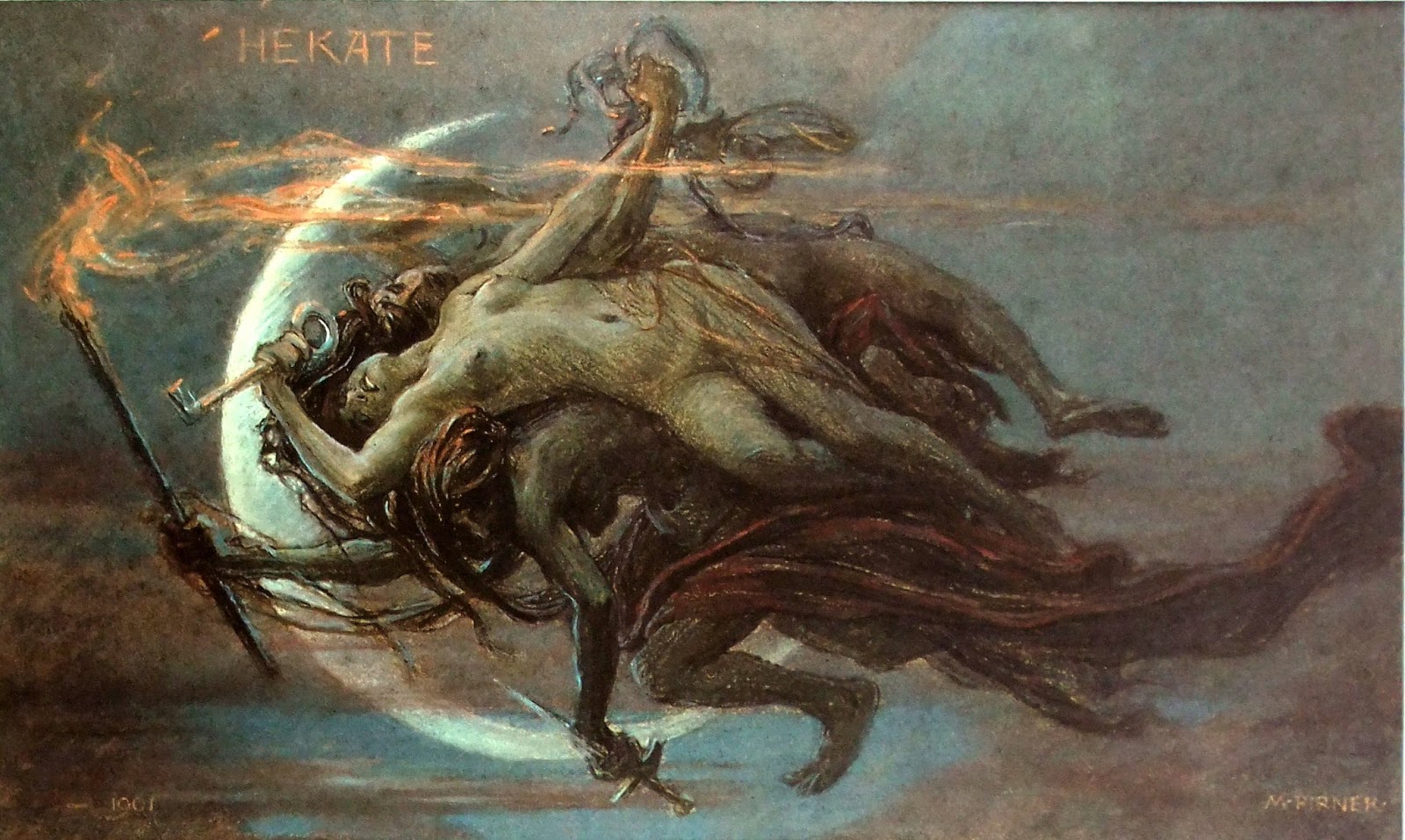 Maximilian Pirner (1854-1924) was a Czech painter. A member of the Vienna Secession and associated with the Czech Secession art movements, Pirner’s usual themes were classical mythology (such as his Medusa (1891) and Hecate (or Hekate) (1901)) and the macabre (such as Sleepwalker (or Girl in Her Nightie Walks on the Window-Ledge) (1878), Daemon Love (1893), and Allegory of Death (1895)). Pirner also completed a number of sketches of female figures, many of them nudes. Described by one critic as having achieved “mastery of the sinuous line,”, Pirner also had his detractors. One contemporary critic, while acknowledging Pirner’s talent, considered him an “over-sophisticated mystic.