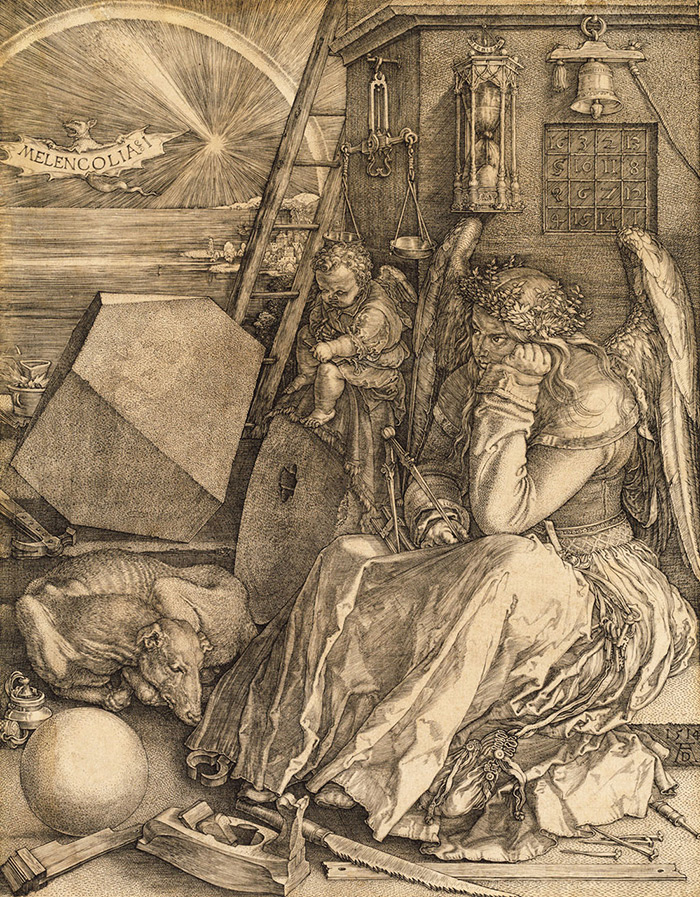 There are various means of deciding what is true. Not all give the same answer. Therefore, a society must put more faith in one approach than another. The order in which various approaches are accepted determines the pattern of thought of the society. Shifts in the order provide us with the basic paradigm of the history of philosophy in the west.

2. The Ancient or Rationalist Period

The ancients prefered reason and logic above observation and experience, because the senses can easily be deceived, and they lacked the equipment to enhance the senses, make precise observations, and record the data. They also noted that, although one can deduce various laws governing triangles, spheres, circles, and the like, such things do not exists in nature and so are outside of human experience. That is, there can be no triangle in nature found with exactly180 interior degrees, any more than one can find a precisely straight line.

A note: the categories are usually referred to as universals.

There is a problem with this. If no perfect example of a member of a universal exists in the world of experience, how can people be able to judge what fits into a universal and what does not? In short, how do people learn about universals if not through experience? Plato said that universals have a real existence independent of human beings and that the individual soul “experiences” these universals, of “forms” in the special realm in which the soul resides before birth. The individual is then born with a “memory” of these forms. In short, Plato argued that people are born with innate patterns of thought. Although Aristotle tried to demonstarte that the concepts of the universals could be derived from experience, generally speaking, Platonism dominated the Greek and Roman worlds. But the rationalist system could not explain the fall of Rome or the mysteries of the Christian faith and was supplanted by philosophies that could.

Saint Augustine of Hippo in the City of God indicated the limits of human experience and of human imagination. The only enduring principle was the will of god and the only way of knowing this was faith and revealed wisdom. He was not really concerned with the nature of universals or the bases of reason. He stated that reason is better than experience only because even animals can experience.

Augustine’s preference for faith over reasons and experience led to a rejection of attempting to discover the nature of the universe. The basic message of scripture, the primary authority, was that human minds cannot comprehend god’s plan. Consider the Book of Job. When Job asked God why both the evil and the just must suffer, God answered him with the blast of Where were you when I created the whale?

The knowledge revealed by God — the inspired words of the scriptures, the fathers of the church, the decrees of church councils, and some papal edicts– collectively formed the canon. Nothing could be true if it conflicted with this base of wisdom. Only the word of God could be trusted.

5. The Break-up of Augustinian thought

Peter Abelard (1079-1142) wrote sic et non (yes and no), in which he demonstrated that the canon was full of contradictions. If the canon cannot be relied upon, then we must rely upon reason. The senses can be fooled, so experience is fallible and must always be tested against reason.

The translation of all of Aristotle’s manual of logic into Latin stimulated the application of logic to all matters in all fields. A long discussion ensued as to the proper use of logic. Some held that logic should be followed wherever it led one, while others — primarily Franciscans — countered that logic cannot be accepted as true if it weakened or contradicted the faith.

Interestingly enough, some Franciscans attacked the logicians by attacking Aristotle. By showing that Aristotle’s observations of nature were wrong, they inferred that his logic might also be wrong. In this process of investigating natural phenomena, they laid the basis for modern science.

The real debate, however, was over the nature of the universal. The Realists said that it was real thing, independent of human will, and the Nominalists said that the universal was merely a name (“nomen”) that people gave to a category of experience. In modern terms, we would argue about whether universals are objectively real or only social constructs.

This is not a silly matter. Here are a couple of exampes to think about.

1. Who or what defines what constitutes a “human being”? L. Frank Baum posed this question in The Wizard of Oz, with the Tin Woodsman. The Woodsman had cut off all his limbs, as well as his head and body, in a series of accidents, and they had been replaced with artificial limbs. At what point did he stop being human? The Woodsman says that it was when he lost his “heart,” his capacity to feel human emotions, and they could not replace it. The Wizard tells him, however, that the capacity to feel human emotions does not lie in the heart, or in any other single part of the body. Do we make up a list of requirements that qualifies a living thing as a human being, or are human beings human no matter what we say or think?

2. 2 + 2 = 4 Are the laws of mathematics merely social constructs? Can we change them if we want?

If the Realists are right, then categories of truth, such as beauty and justice, are independent of human will and we cannot shape our world, only discover it. If the Nominalists are right, then people can decide what is just and what is not, and there are no such things as eternal principles. “All men are created equal” is a Realist statement, since the world at the time of The Declaration of Independence generally accepted the idea that there existed an hereditary nobility who were better and deserved more than everyone else.

7. The Break-up of the Realist-Nominalist Debate

The traditional categories of the Realists could not absorb the flood of new information that came with the era of discovery in the period 1500-1900. To what category does the duckbilled platypus belong? It has scales, so it’s a fish, but it has feathers, so it’s a bird, but it gives birth to its young alive and has hair, so it’s a mammal.

The Nominalists were confronted with things of which there was no previous experience on which to base the construction of the necessary new categories, while the Realists needed more information to determine whether these things represented newly-discovered categories and, if so, what the esential characteristics of those categories were. The debate was largely abandoned and Europeans began the long task of collecting, describing, and measuring things. Linnaeus and others worked at categorizing the living world, and attempting to establish the relationship between different groups. It was not until Darwin that Realism reaserted itself in the natural sciences with his assertion that new categories of living creatures arose through the process of evolution. This meant that the categories that the naturalists has established were physical phenomena and not simply commonly-held principles used for the purposes of cataloguing.

Conclusion: the basic concerns of medieval philosophers regarding the nature of reality have not been resolved. We simply ignore the basic questions they raised and checkle to ourselves that they spent their time disputing about how many angels could dance on the head of a pin.