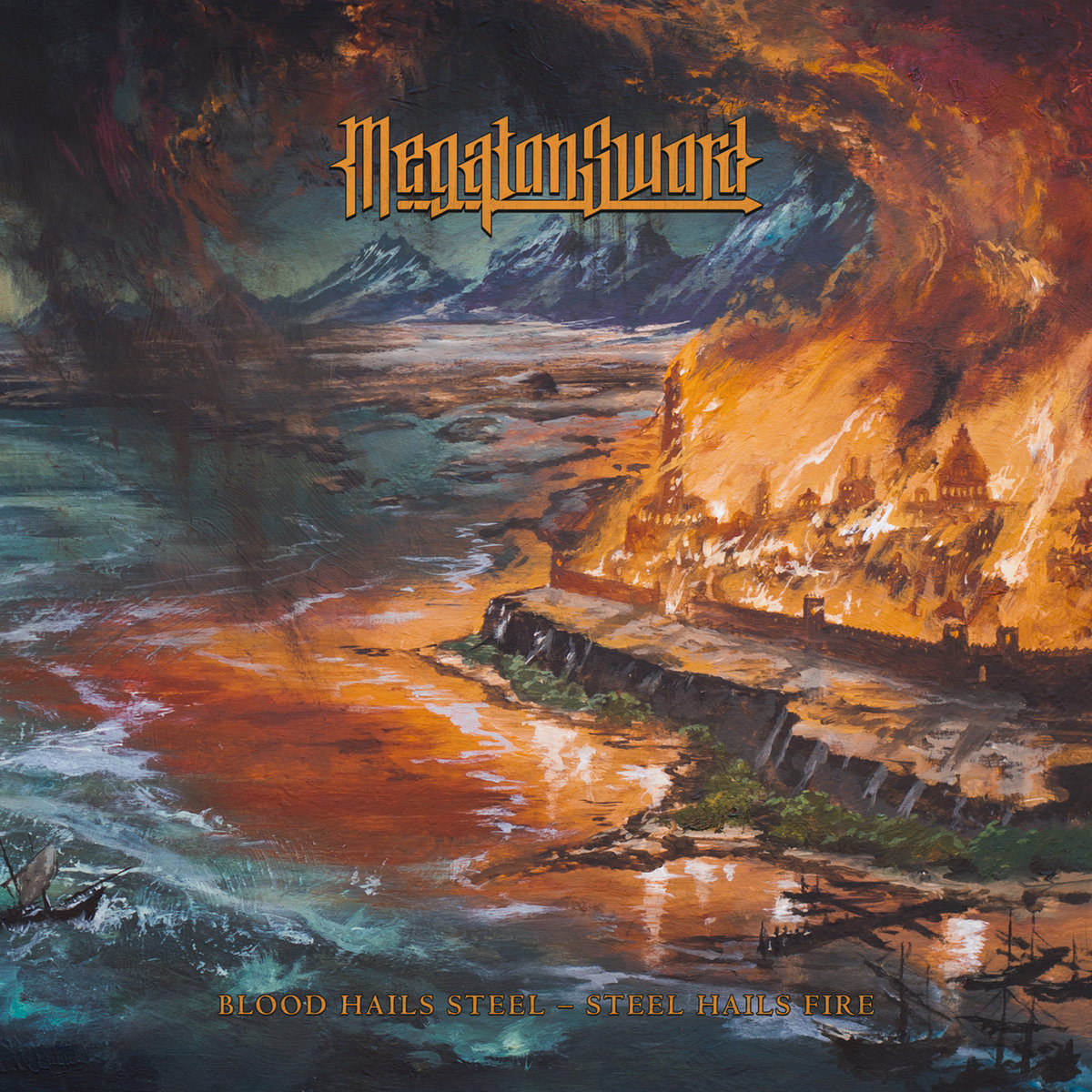 Megaton Sword was founded in 2018. In 2019 the EP “Niralet” was released, and now in 2020 the debut album “Blood Hails Steel – Steel Hails Fire”. Megaton Sword is Uzzy Unchained on vocals, Chris the Axe on guitar, Simon the Sorcerer on bass and Dan Thundersteel on drums. Live from now on Seth Angel will support us on the second guitar.

Unchained: Niralet is a continent on Xarkahar. The Neekog League is the most powerful political entity in Niralet and at the heart of the League towers the Sword, a majestic mountain range. It’s probably as heavy as a megaton that’s why we are called Megaton Sword. ‘Unchained: ‘Blood Hails Steel – Steel Hails Fire’ is a Ferakhian battle-mantra. Steel is pretty important for warfare. When steel bites into flesh, blood greets the blade. Where steel reigns, fire thrives. Keep in mind that we play true as steel heavy metal and the link to our music gets less obscure.

Sorcerer: We are all total music nerds and get our inspirations from all kinds of bands. But the most influential are probably Manowar, Manilla Road, Saxon and Candlemass. Important to us are driving riffs, and catchy choruses and the songs and vocals must have an epic consistency. We also set a high value on diversified albums. Many of the greatest heavy metal albums in the world are quite varied.

Sorcerer: We all play or played in other bands that are completely different from Megaton Sword. At some point, we realized that we all wanted to form a classic heavy metal band. And two years ago we just did that.

Unchained: The main focus of our lyrics is the plot of Naelle’s invasion of the Neekog League. It’s all fantasy. We don’t support any extreme politics, obscure beliefs, neo-paganism etc.

Sorcerer: The artwork shows a scene from the song “In the Black of Night”. The burning city is Kerszh. It was set on fire by Zadro Koren, who can be seen on the back. He’s working together with Naelle (aka Vulva of the Nightfall from the first Song of the EP), who has already sent her fleet to Kerszh. The fantastic artwork was painted by Adam Burke. We are huge fans of his previous works (e.g. Vektor, Hällas, Spell). He already painted the cover for “Niralet” and we were so excited that we knew we wanted to work with him again for “Blood Hails Steel – Steel Hails Fire”. We gave him very detailed information about how we envisioned the scenery and which details and colour schemes were important to us. And in our opinion, he did it brilliantly.www.facebook.com/megatonsword