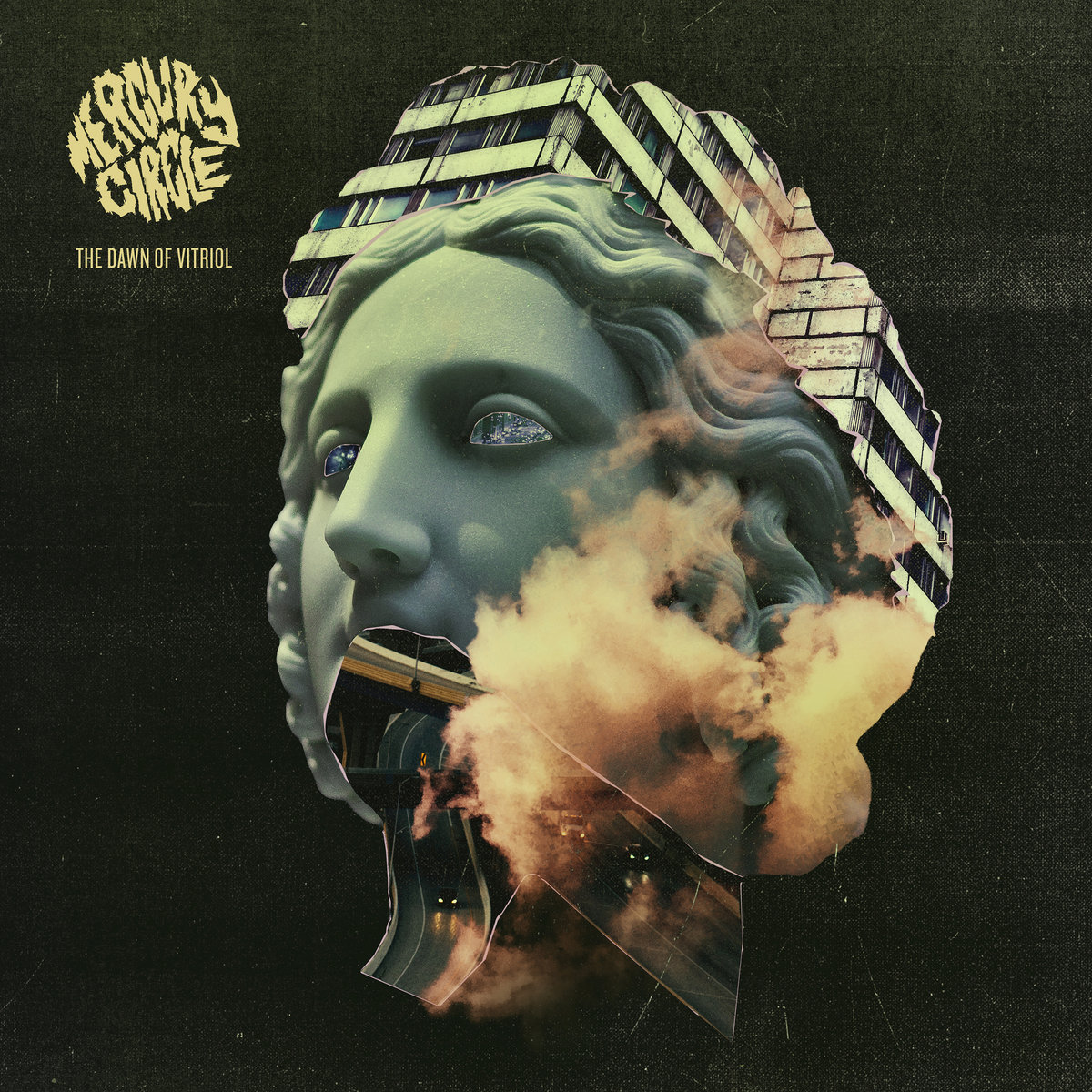 The Dawn of Vitriol by Jaani Peuhu

The name Mercury Circle came to me more like an unseizable cloud of interwoven stories, ideas and enigmas. Mercury, known as the messenger of the gods, patron of travellers, the god of thieves and magic, and the guide of the souls into the underworld, represents so much we want to achieve with our music: Give an otherworldly experience, take you out of your head onto a journey into the unknown and arcane.

In Astronomy, Mercury is a small planet so very close to the sun that we can barely see it. It is outshone by the sun and only detectable for the eye for a very short amount of time in dawn or dusk. It’s like a reminder that the things we can’t see or understand don’t always lie hidden in darkness but are still there, literally in bright daylight, and it’s just that we get a glimpse of their reality in a state of ephemeral in-between.

My favourite idea is that planet Mercury might also have been a moon of planet Venus once. We know to be the goddess of all things love, beauty and desire, and don’t we all circle around the things we love and desire, just as Mercury once might have? I would like to know what tore them apart and made them the only two moonless planets in our solar system. I think it’s bittersweet to assume they belong together but were thrown into their orbits around a massive star, forever circling alone. This is pretty much the essence of what our music is about.

We couldn’t decide whether to title the EP after its first or last track ‘Oil of Vitriol and New Dawn’, so this is what came out of it. As uninspiring as this backstory appears, it seemed to make sense to us: Imagine your inner demons slowly taking over your soul like a poisonous substance taking over your world and discolouring the whole atmosphere you wake up in. I believe that this picture of uprising inner demons resonates with almost every human on this planet. We all have to fight internal battles or live with the monsters that might eat up our souls: unanswered questions, loose ends, regrets, buried trauma, loss. Our songs are heavy with those topics.

The vision for Mercury Circle is to create this otherworldly experience. It’s an enormous advantage that each of us comes with a different background of genres. You might think that some genres don’t mix well because they all have their own set of weirdly specific and somewhat dumb rules to play by. But we at MC throw all the rules out the window and challenge each other to think outside the box. When I began writing the songs after all the touring with Swallow the Sun and Hallatar, I had no idea where it would take me in the first place. Still, it’s like leaping into the unknown, growing with what is thrown at us. I feel very at home with this combination of darkwave with doom, goth and pop elements, but it might not end there. And as a producer, I love experimenting without genre limitations – don’t we have enough of this one thing or the other? Just create new beautiful and weird stuff that makes your soul sing. Forge new paths. Let the magic happen.

Writing the first songs, I restrained from using electronic sounds because I wanted it to be “true” doom. But I realised it was just caging the songs and myself when the music could tell deeper stories using elements of other genres. So we created this new genre of “new doom”, actually to be liberated from any of those philosophies associated. Of course, we still play in the ballpark of slow and heavy guitars and a dark atmosphere.

The stories I tell in our songs are all deeply personal. Some aspects of the lyrics spring either from my own experience or that of very close people in my life. Often the lyrics come to me through channelling and witnessing spiritual things in realtime. But I also enjoy co-writing a lot. So, many lyrics for MC were co-created with German writer Sarah Wohlfahrt. The lyrics are also inspired by poetry, art, and mystic teachings. Inner demons that try to shake the foundations of our very lives live door to door with the unshakeable belief and hopefulness for things to turn out well on the other side. But how can we ever know?

I associate the term dark arts with the occult. For all I know, “occult” means “hidden”, good or evil, dark or light. For me, the beauty of the dark arts is that they aren’t afraid of issues that are taboo or on the fringes of acceptable conversation topics in many societies. They express what people don’t dare to speak of in public, to admit and acknowledge the dark night of the soul instead of glossing over it. Dark Arts dare to say: I feel what you feel, and that often is all you need to hear not to feel so alone with your heavier emotions.