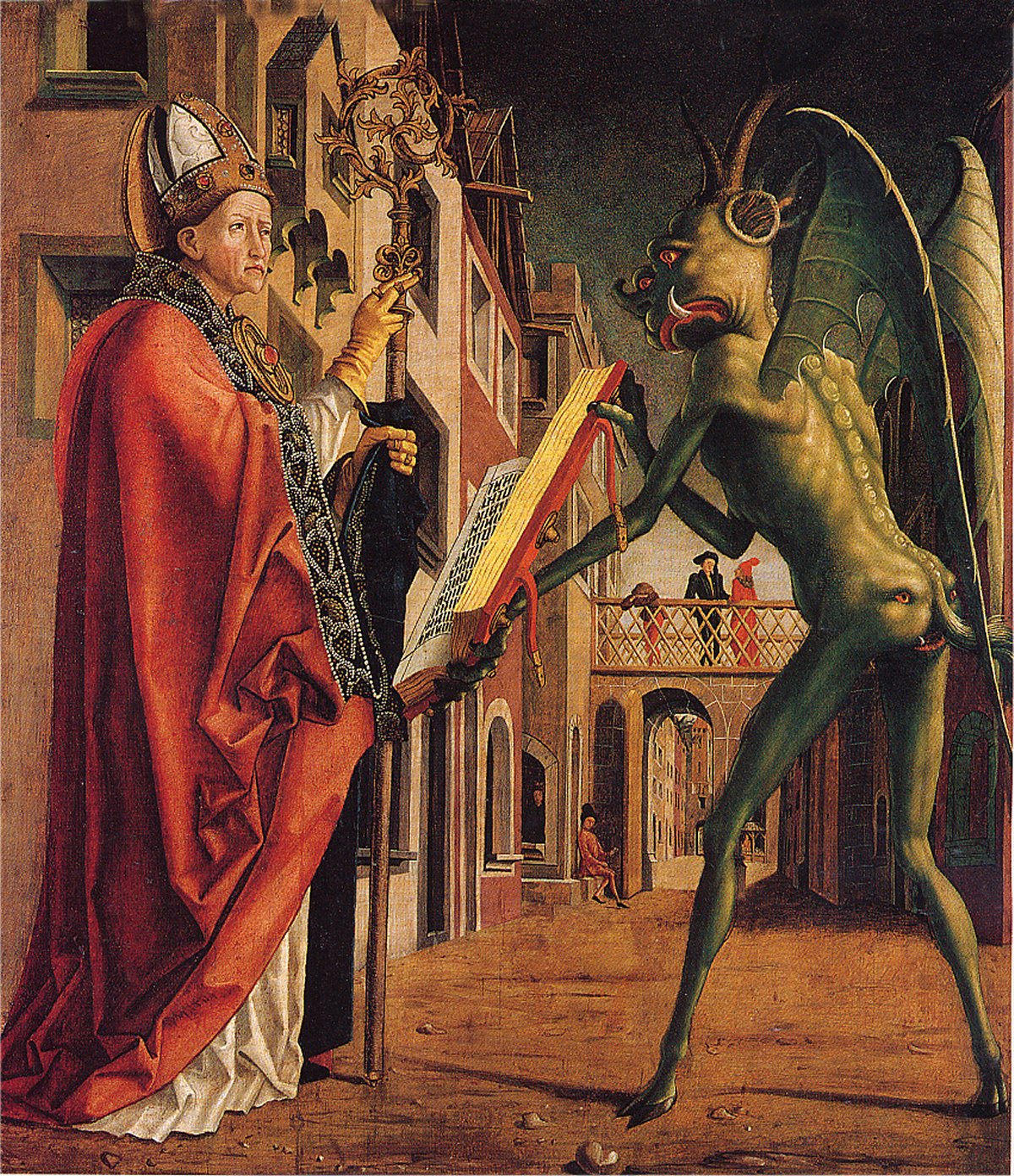 Born in a town near the Austro-Italian border, Michael Pacher is recorded in 1467 as an established master in Bruneck (Brunico), where he had a workshop for making altarpieces. He was equally adept at painting and wood carving, and his commissions often were for the German-type altar: sculptured centerpiece, carved Gothic pinnacles above, a predella below, and painted scenes on wing panels. He went to Neustift to paint frescoes in 1471 and worked in Salzburg in 1484 on an altarpiece for the Franciscan church, of which some parts have been preserved. Pacher traveled in north Italy, studying in Padua the recent frescoes by the noted master of perspective Andrea Mantegna, whose spectacular, low-viewpoint spatial constructions were fundamental to the formation of his own style. With an orientation toward Italy unique among Germanic artists in the late 15th century, Pacher escaped the domination of the Flemish style north of the Alps.

Pacher’s masterpiece, the Altarpiece of St. Wolfgang (1471-1481), is one of the largest and most impressive carved and painted altar shrines in all of European art. The carved, painted, and gilded centerpiece represents the Coronation of the Virgin, and there are two sets of painted wings with scenes of the Life of Christ and of the local, miracle-working saint, Wolfgang. The whole complex is surmounted by an intricate wooden superstructure containing the Crucifixion. In the central shrine Christ is enthroned, solemnly blessing his mother, whom he has crowned as Queen of Heaven. Angels, beloved in German Gothic art, flutter about, while the life-sized figures of St. Wolfgang and John the Evangelist bear witness. His brittle and agitated sculptural style demanded that each element be freestanding in a space that is deeply recessed.
Pacher’s sculpture thus is in stylistic harmony with the perspectival paintings on the wings. Typical of these is the scene of Christ driving the money changers from the Temple, in which an impossibly contorted figure of the Lord, looming in the foreground, wields a cat-o-ninetails as he stands beside a violently receding view into a far-distant, vaulted Gothic cloister. These compositions, in which architectural space is asserted dramatically, anticipate those of Tintoretto. The painted altarpiece Four Church Fathers (ca. 1483) has, once again, on the exterior, scenes of miracles performed by St. Wolfgang. These dramatically reaffirm the fact that Pacher was far in advance of his German contemporaries in depicting forms in space. He died in August 1498 in Salzburg.