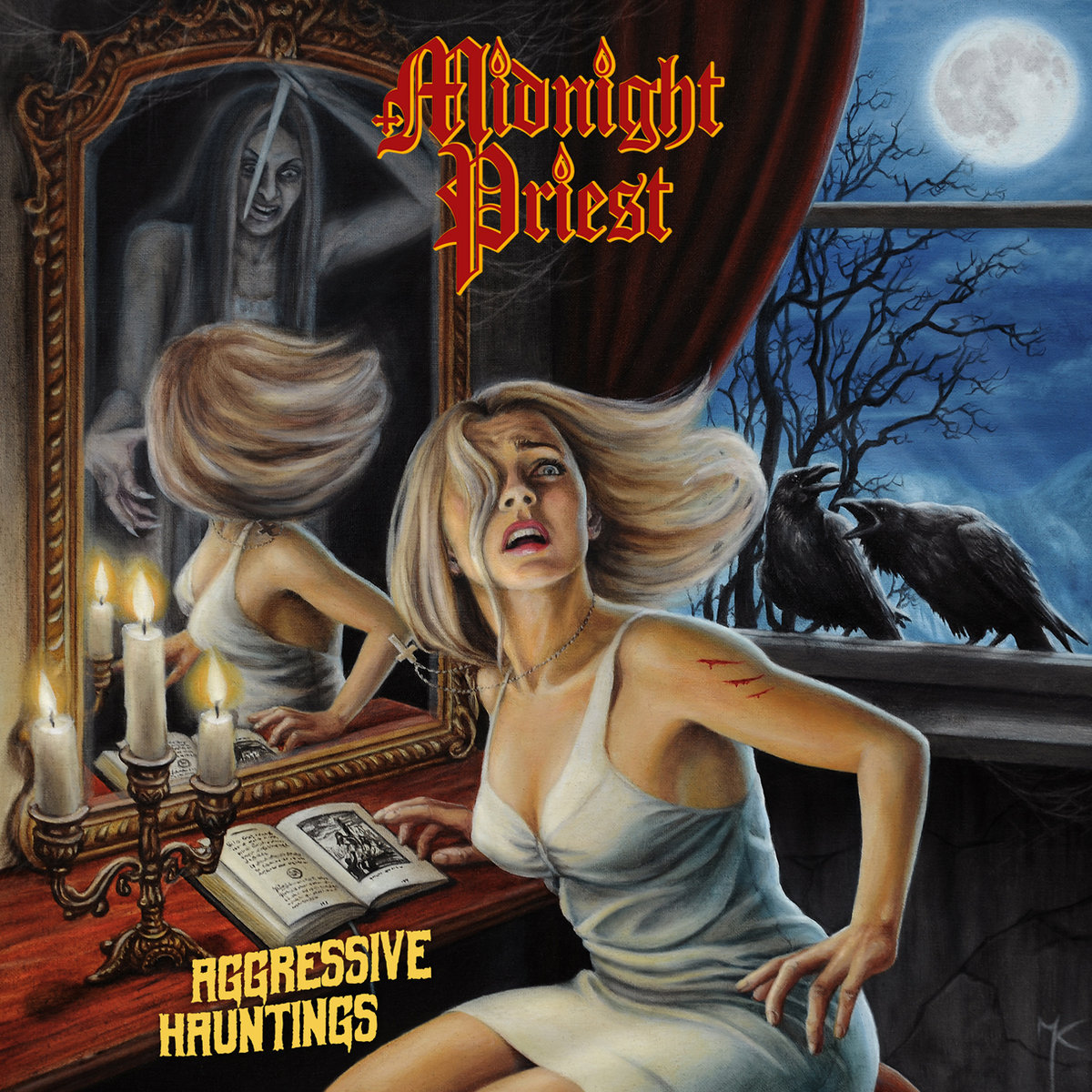 Midnight Priest was born in the streets of Coimbra, Portugal, in the winter of 2008. The band then consisted of five ugly bastards, all very well seasoned in the underground scene: The Priest on vocals, Iron Fist and Rod Wolf on guitars, Joe Dalton on bass and War Tank Drums. Our main goal was to play festivals without paying since we were all living on a day to day basis, and not having much to do rather than drinking and headbanging with air guitars. Of course, we were also broke, so having a band seemed the perfect way to add insult to injury. The first demo came out in 2009, and the first album soon followed with massive touring in Portugal and Spain. Even though we were unable to play that well, we soon started to gain a considerable following. In 2011 we recorded our second album “Midnight Priest” which ranks today as one of the most acclaimed albums in the Portuguese scene. We ended up playing at Wacken a couple of years later, leading us further up the ranks.

Several line up changes took place, with the Priest leaving the band in 2013, which led to significant changes in our style, being the most obvious because we were now singing in English. This was the ‘Midnight Steel’ line up, which toured extensively in Europe four years in a row. Our latest album is ‘Aggressive Hauntings’, released by Metal On Metal Records, which was recently repressed on CD, and with a vinyl release scheduled for June 31 will be our most successful album to date—being also the most refined in terms of style.

‘Aggressive Hauntings’ is yet the closest we got to our signature sound. It is dark, morbid, and challenging. I guess you could divide the album into two parts; the first half has a narrative, featuring Justine: a nun devoted to Satan, and the second half has more of an “in your face” anthemic heavy metal feel. The influences have not changed from our inception: Mercyful Fate, Judas Priest, MWOBHM and punk.

Our lyrics span from evil melodramatic stories to full-blown “fist in the air” heavy metal. It covers a wide variety of lyrical styles, and we always like to keep our options open, so we might just head into sci-fi territory in the future.

The artwork is supposed to be the gateway to the sound so that we couldn’t have asked for a better match. The artist is the label owner Jowita Kamińska-Peruzzi, and we have worked together to reach the final result. So you can see Justine in her room, startled by the ghost of a possessed assassin nun. Jowita nailed every aspect of it.

We are inspired by Italian horror movies, science fiction and of course all the celebrated clichés of Heavy Metal. There is also a historic component in some of our early work, drawing a lot of ideas from local legends and religious folklore.