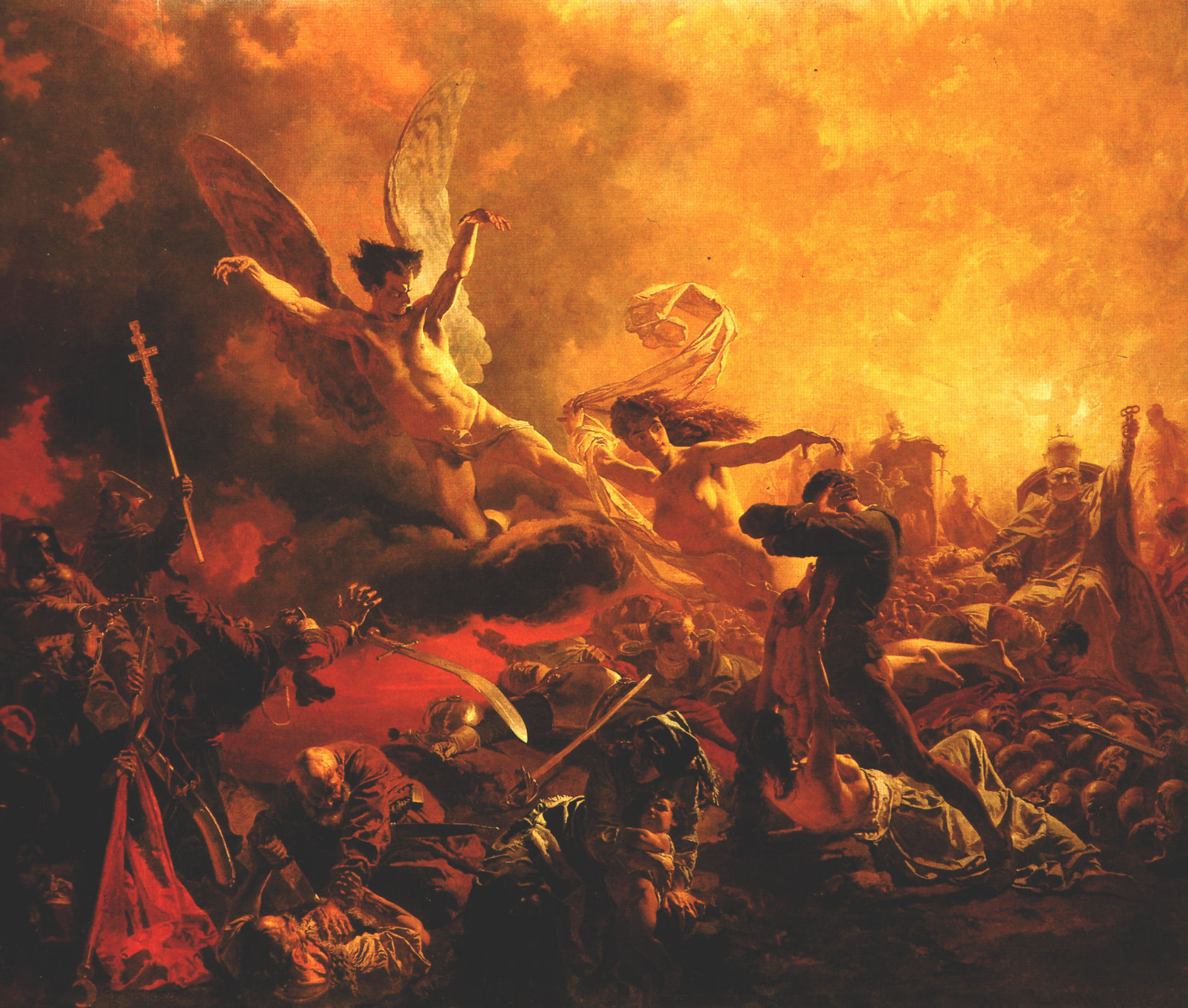 Mihály Zichy (Hungarian pronunciation: [ˈmihaːj ˈzitʃi]; German: Michael von Zichy; October 15, 1827, Zala, Hungary – February 28, 1906, St. Petersburg, Russia) was a Hungarian painter and graphic artist.
Mihály Zichy was a significant representative of Hungarian romantic painting. During his law studies in Pest from 1842, he attended Jakab Marastoni’s school as well. In Vienna he was Waldmüller’s pupil in 1844. “Lifeboat”, his first major work, comes from this time. On Waldmüller’s recommendation, he became an art teacher in St. Petersburg.

He swore allegiance to freedom by painting the portrait of Lajos Batthyány, the first Hungarian prime minister, in 1849. From 1850 onwards, he worked as a retoucher, but he also did pencil drawings, water colours and portraits in oil. The series on the Gatchina hunting ordered by the Russian tsar raised him to a court artist. He founded a society to support painters in need. “Autodafé” on the horrors of Spanish inquisition was painted in 1868. He travelled around Europe in 1871, and settled down in Paris in 1874.
He painted “Queen Elisabeth Laying Flowers by the Coffin of Ferenc Deák” to a commission from Treffort. “Drinking Bout of Henry III”, his next large-scale picture, came in 1875. “The Victory of the Genius of Destruction” painted for the Paris Exhibition was banned by French authorities because of its daring antimilitarist message. He left Paris in 1881 and returned to St. Petersburg after short stays in Nice, Vienna and his native Zala. From this time onwards, he was mostly engaged in illustrations (“The Tragedy of Man” by Madách, 1887, and twenty-four ballads of János Arany, 1894–98).