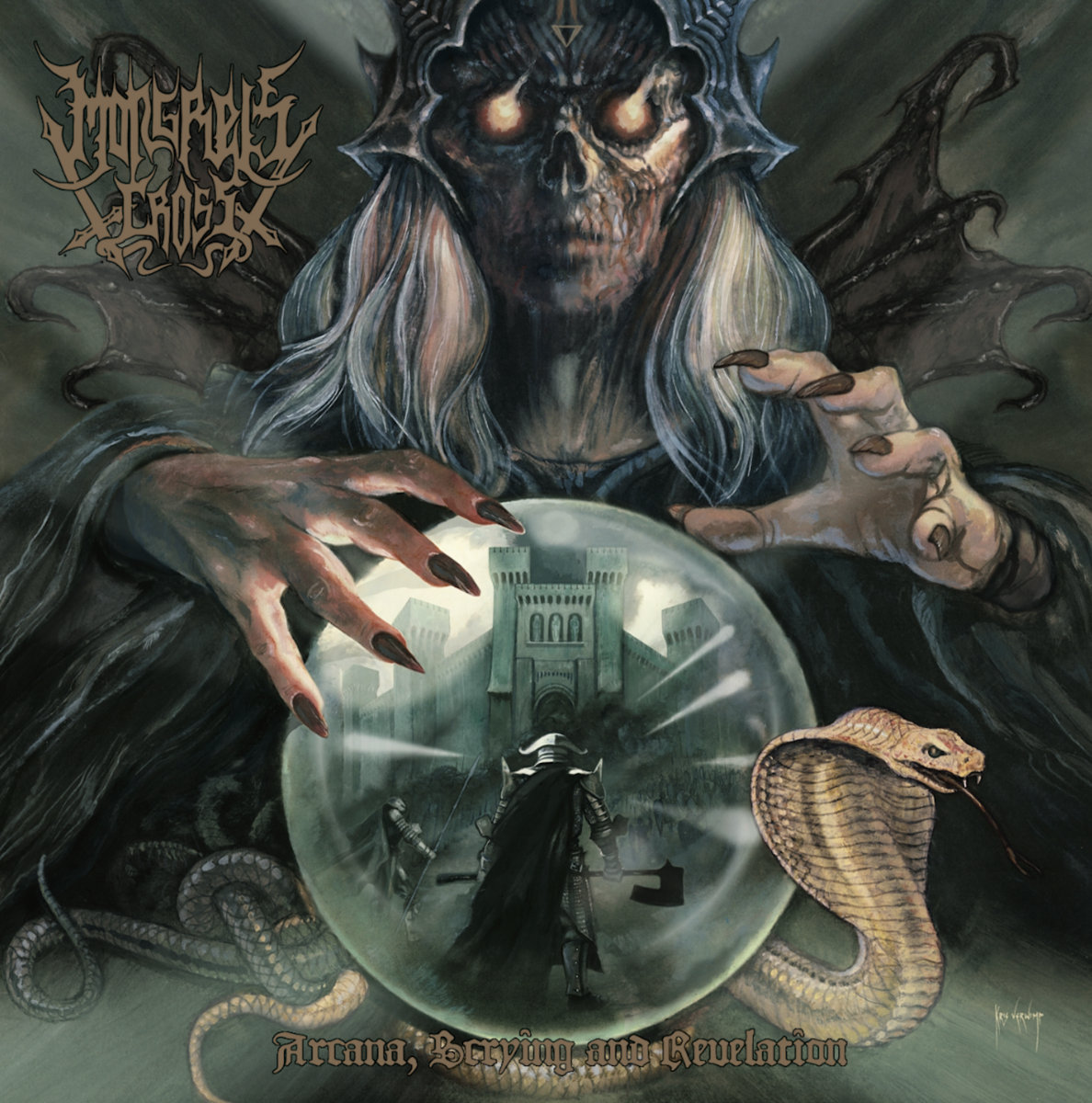 Mongrel’s Cross was formed in Brisbane Australia in 2008, and we have released three full-lengths and a demo and two 7″s. Apart from the demo, we have been with our current label Hell’s Headbangers throughout our existence. We play arcane heavy metal exclusively.

‘Psalter of the Royal Dragon Court’ was our first album as a three-piece. We also moved in a different direction sonically as we incorporated more thrash and heavy metal riffs and second wave black metal elements such as synth movements. The album is an ode to arcane blood and sorcery.

I wrote all the main rhythm guitar parts and sent them to Goet Euryn (bass, guitars). He then worked his absolute magick on them by adding a second rhythm part and many ferocious leads. He is also the magus behind the synth work. After all the guitar track was done, we called in Wretch to lay down the drums which he destroyed in one sitting. A point of contention between us was my understanding of guitar pro haha. However, I was able to work through it and is now the main vessel we use to work on new stuff.

The artwork for ‘Arcana, Scrying and Revelation’ is a highly potent magickal image that reflects the musical composition’s majesty. Rather than straight down the line black metal or black thrash, we like to envoke multiple styles to create a unique sound.

The image depicts the old dragon tearing the heart from the lion of Judah. Symbolically it represents individual thought being separated from the heart. The artist is Kris Verwimp. He is a very well known respected artist in the underground metal scene and a diehard metaller. I gave him the exact image I had in mind, the dragon and the lion engaging in spiritual warfare, and he brought it to life. Regarding the monochrome look, that was left up to Kris. He had that vision, and we were delighted with his direction.

We are big fans of the 80s and 90s metal and dark ambient/folk. Bathory, Burzum, Arcana, dead can dance, Elend, Metallica, Dargaard, Abigor, Dissection, Sacramentum, Morbid Angel the list is vast and could go on forever. Books range from magickal texts to high fantasy and horror fiction.