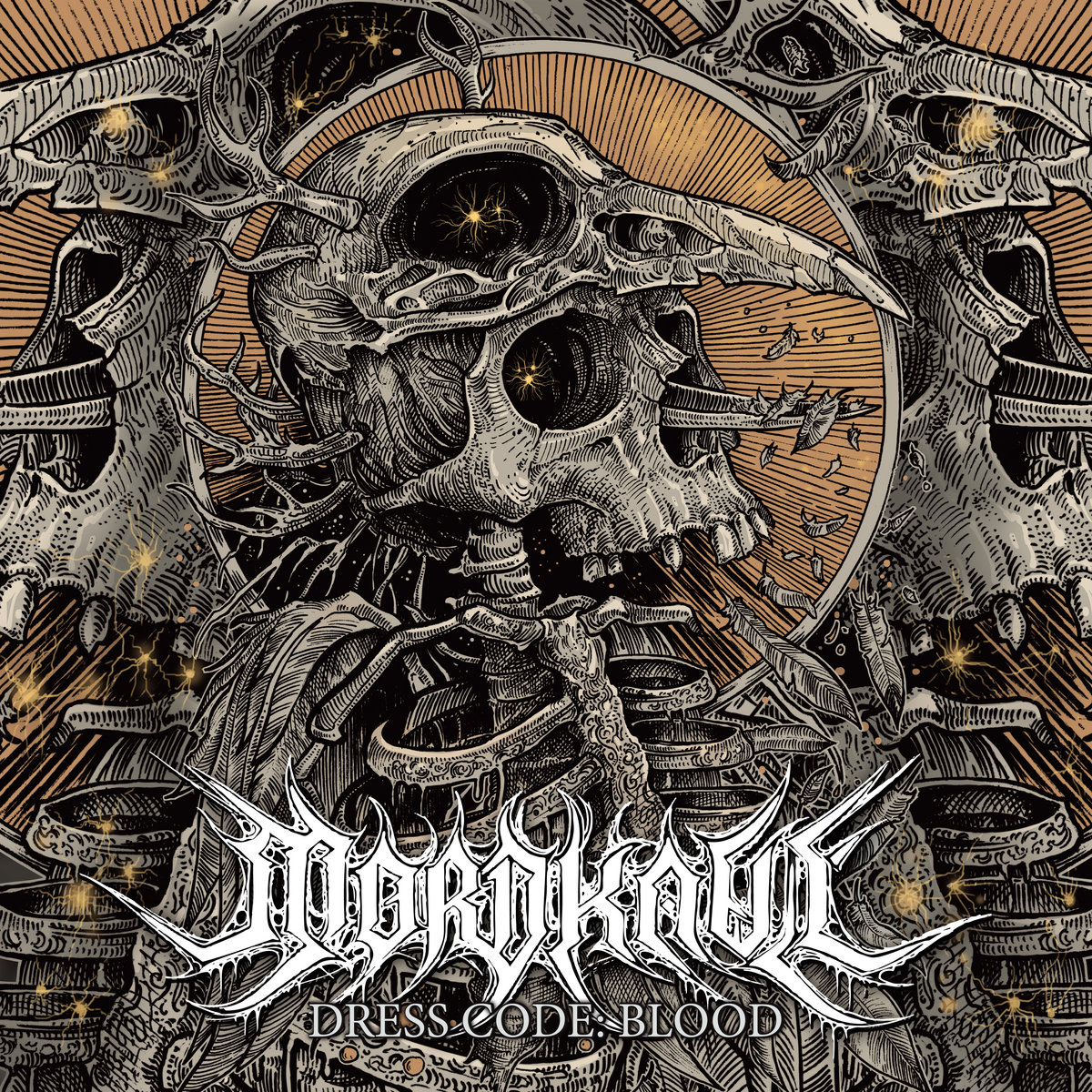 The story behind the name can be discovered in this video Mordkaul’ The Beginning’. A dark and evil mood, an infernal drive, and incendiary vocals on top are how Mordkaul likes to forge their killer songs. The members of this Belgium-based band share a mutual passion for Swedish melodic death metal, and with the splitting up of their former bands Diablo Blvd and Hell City, they finalized the tracks Tim Bekaert started writing a few years back. In May 2020, Mordkaul’s debut album Dress Code: Blood was recorded by Tommy Goffin (ex-Hell City) vocals, Tim Bekaert (exDiablo Blvd, ex-A Brand) and Vincent Noben (ex-Hell City) guitars and Adrian Erlandsson (At The Gates, The Haunted) drums. Mixing and mastering the album are done by Dan Swano (Opeth, Bloodbath). Soon after, Jan Rammeloo (ex-Bliksem, Furia, Your Highness) and Tony Van den Eynde (ex Leng Tch’e) joined forces. Dress Code: Blood was released in January 2021 on Wormholedeath Records.

We play old-school melodic death metal heavily influenced by the iconic 90’s bands that made the genre big (Entombed, At The Gates, Morbid Angel). Although we all have been in different bands in the past, this is where the heart is.

As for the debut record Dress Code: Blood, it’s some different process or approach than most would be used to. Tim (guitars) wrote most of the songs more than 15 years ago by Tim (guitars), but due to the busy schedules and not finding the right band members at the time, the project was left in the fridge until 2019, when Tim and I met. After that, the project accelerated, and the project turned into a band. Vincent (ex-Hell City) created and recorded the solos, and the drums were recorded by no other than Adrian Erlandsson (At The Gates, The Haunted). The process for the second album, however, will be somewhat different.

Most of the lyrics are written by a friend with whom I used to play in another similar band. When the basic song structure and lyrics are written, we get together to test, record and fine-tune the match. The lyrics are really important as they give the extra layer to your songs and can draw you into the song and story. In terms of subject, we’re playing death metal, so don’t expect songs about unicorns.

For both, that can be a simple spark. A cool passage in a book, a great dialogue in a movie, or a melody that pops up in our head is all that can lead to the start of a song and lyrics. In life and music, we have an approach of living and let live. We do and make what we like and hope others do so.

If you are talking about the actual arts/artwork, I think, like most young guys back in the late 80s / 90s, we were triggered by the stunning artwork of bands like Iron Maiden, Metallica or Slayer. Wearing those shirts and seeing the posters or prints on vinyl was super cool. And in fact, it still is. If you have kick-ass artwork, your shirts and vinyl will give the band and release that extra level of balls. Not sure if that is still the case, but back in the day, some people were drawn to metal simply by the coolness of artwork.

As said above, for us, making music is not about a spiritual or higher thing, and it is just something we like to do. On top of that, if you can do that with awesome people in a band and bring your songs to the stage, there is no better thing. Apart from this, metal is one of the only genres out there that actually unites people, and it feels good to be part of that. In other words, the world needs more metal.