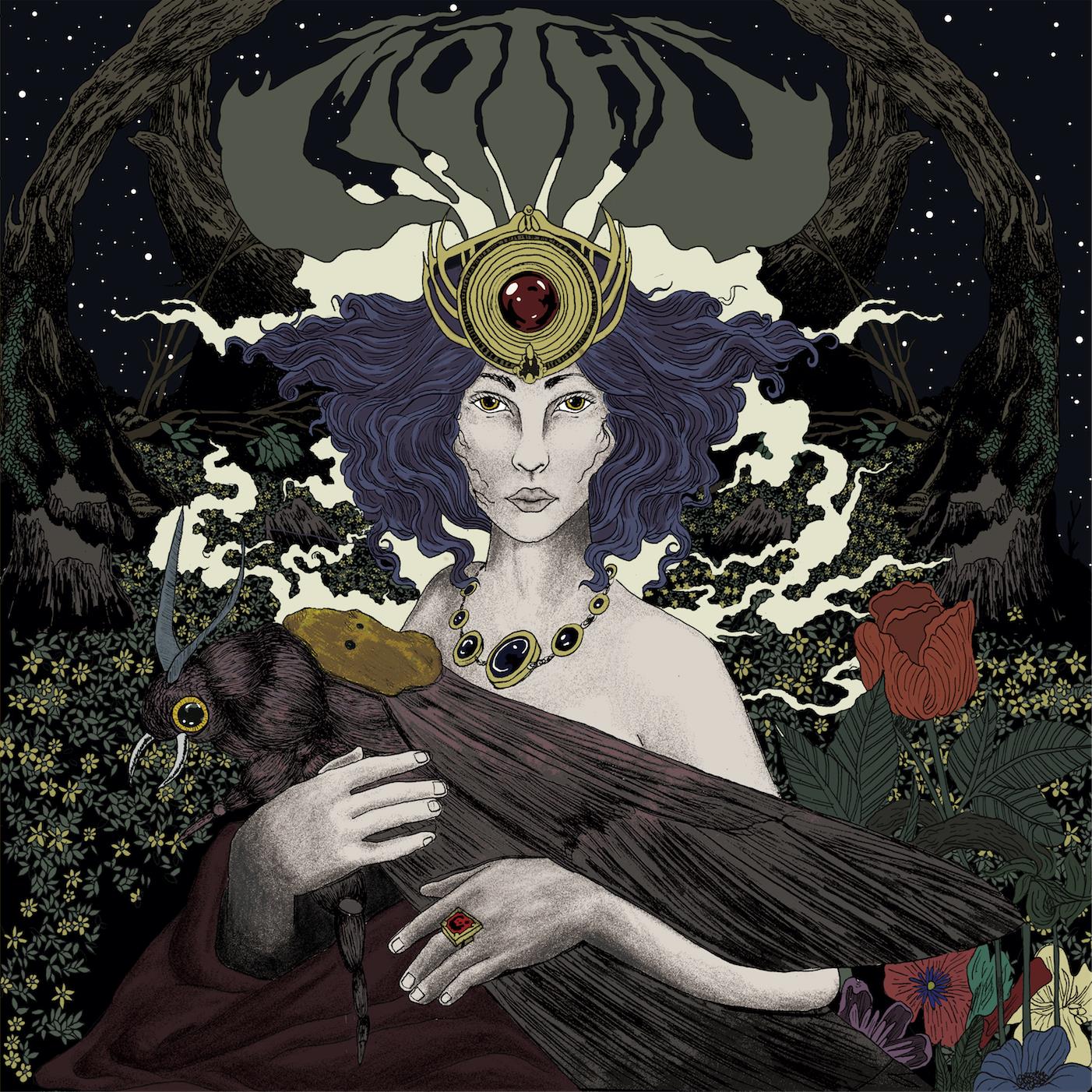 Moths are a Stoner/Progressive Metal band from San Juan, Puerto Rico that blends powerful riffs with unexpected and increasingly Progressive undertones. The band was founded by Weslie Negrón (Bass), Jonathan Miranda (Lead Guitar), and Omar González (Rhythm Guitar) in 2016 with the later addition of Damaris Rodríguez (Vocals) and Daniel Figueroa (Drums). With their new endeavours as a band, they have been able to impress the local Metal scene by implementing a non-common style of Metal that is enjoyable by both Metal and Non-Metal fans. With Damaris’ aggressive but melodic vocals, Omar’s catchy riffs, Jonathan’s unorthodox Leads, Weslie’s solid bass lines, and Daniel’s extreme drumming, Moths create a perfect balance between Heavy and cohesive music that will impact their audience to a whole new level. The band released their debut EP entitled “MOTHS” on November 2nd.

The band started as an idea I had in 2016. By that time I was playing in a Death/Thrash Metal band called Zafakon and, though I loved playing their music, I wanted to play something that didn’t require playing fast and aggressive all the time, so I decided to start Moths. Originally Moths was supposed to be a Post-Rock oriented band, but after lineup changes and the incorporation of Omar and Jonathan (Guitars), we decided to go through the Stoner/Doom/Prog way. After having the first official lineup, making the songs, and being pretty much ready to record our first release, Hurricane María passed through the Island and we were forced to delay the recording process and, after another lineup change, we have now Danny (Drums) and Damaris (Vocals) in the band. We finally get to record our first EP, entitled “MOTHS” and the reaction to it has been fantastic. We’ve had people from all over the world liking the stuff that we have put out and we plan to continue releasing more stuff in the future.

The most interesting aspect of this band, at least in my opinion, is the fact that we somehow have the same music taste, but at the same time, we don’t. So, when we like a band as a whole group, we really like that band and you could say that you could hear these influences in the songs. One of the main ones I would say that we have as a group is Mastodon. But when we set apart from our collective taste, it’s very diverse. Genres and bands like Hip Hop, The Mars Volta, Black and Death Metal, etc. are part of our daily musical conversations and it can be said that it is incorporated in our music. We don’t like to be categorized or enclose ourselves in a genre, we want to try it all as long as it works.

The topics in our lyrics vary a lot. We speak about fantastic stories, personal stories, regrets, sadness, anger, etc. Basic human emotions that we all go through every day. But, as I mentioned, we don’t really believe in enclosing ourselves in one topic, because it’s just not our approach. I am sure we can be able to speak about any concept that we get ourselves in, as long as we understand the topic, of course. We haven’t had songs that speak about specific themes that have been around “x” culture or mainstream stuff or even politics. Though our new material has some political references, that will be released in due time. As I said, I believe that the freedom we have to write about anything can be fun enough for us to bring these types of topics to the table. So if we want to speak about a movie, we can. If we want to speak about politics, we can, and so on. Damaris’ writing talent is superb, so we can pretty much speak about anything.

It depends on what you define as dangerous. If you mean a physical behaviour where the person starts making riots and hurts other people, then no, I don’t think that was the intent nor the purpose of Metal ever. Yes, we’ve had the sensationalist cases of people killing other people in the genre, but there have been other genres that have been through the same process. Now, if we speak about Metal being a dangerous tool to broaden the mind and teach people about the real aspects of life that mainstream doesn’t show you, then yes. Metal has never had any boundaries of what it can speak about or even portray through art. Though censorship has tried to stop some bands to showcase their work and their message, it always finds its way out there. In a lot of ways, metal has educated a lot of people about political issues and overall history and knowledge is power, and power scares people. So yes, in that sense, I think Metal can be dangerous.