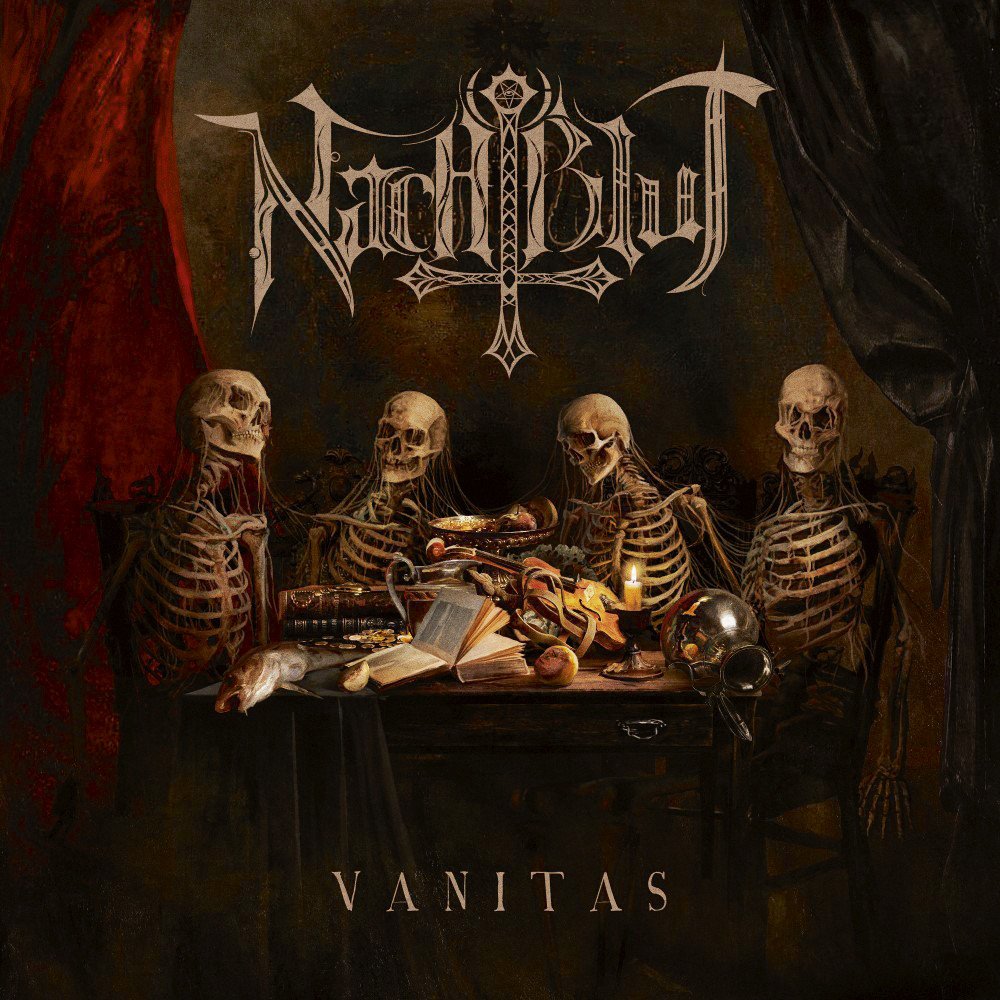 I know that there are several rumours about the name. It would take all the fun if I spoiled the meaning and history. So, on this point, I will remain silent and not giving any comment. It always has been a goal of us, to make the listener think and reflect on their lives and surrounding. Part of the Vanitas art is precisely this process. Transience, mortality and death as themes are just a vehicle for this path. But you will find more issues on Vanitas than only those three. For example, you will find songs about, who is really in charge of your knowledge, your definition of happiness, dictatorship, or putative “moral supremacy”.

Talking about music is like describing food. I can tell you it’s salty, but what is salty to you? I can state that we have heavy guitars, groovy drums, great melodies, sinister and dark sounds and orchestra. But I would suggest people listen to our songs, instead of imagining how it sounds due to a description. We are four individuals, so everyone has a musical background. I think Rammstein, Cradle Of Filth and “Black Metal” in general have been an influence for every one of us. Besides that, I listen to all kinds of music. At the moment I’m really into Ghost.  Inspiration can be everything. Mainly personal experiences are a source for songs and lyrics. Issues that bother us and books, films, or other art are always a good inspiration.

People say we play dark metal, melodic black metal or gothic metal. I just adopt that. To me, labels don’t matter. I acknowledge people tend to put music and other stuff in their life into categories to make things easier, but I don’t care. In the end, the only thing that matters is that we like our music and people enjoy it, no matter which label is used. We play the music we like, we never thought about being a certain sub-genre added with a certain philosophy. It doesn’t matter to me at all.

There are no boundaries for our lyrics. You can find many sources for inspirations, mostly personal experiences. Maybe religion is an issue that is part of lyrics more often than others. But religions offering so many opportunities to criticise seems like a never-ending story.

The artwork for ‘Vanitas’ is inspired by Vanitas-still-life art. Especially the cover. We used the symbols that were used already by the artist in the 17th century. Every symbol/item has a certain meaning and gives a little code on what the artist focused and wanted to reflect on. But it’s up to you to figure out, which object stands for what. Peter Sallai great guy did the artwork to work with. He did already a few shirt designs for us. We gave him our ideas and aspects that are important to us, and he did that great artwork. We’re pleased with the result.