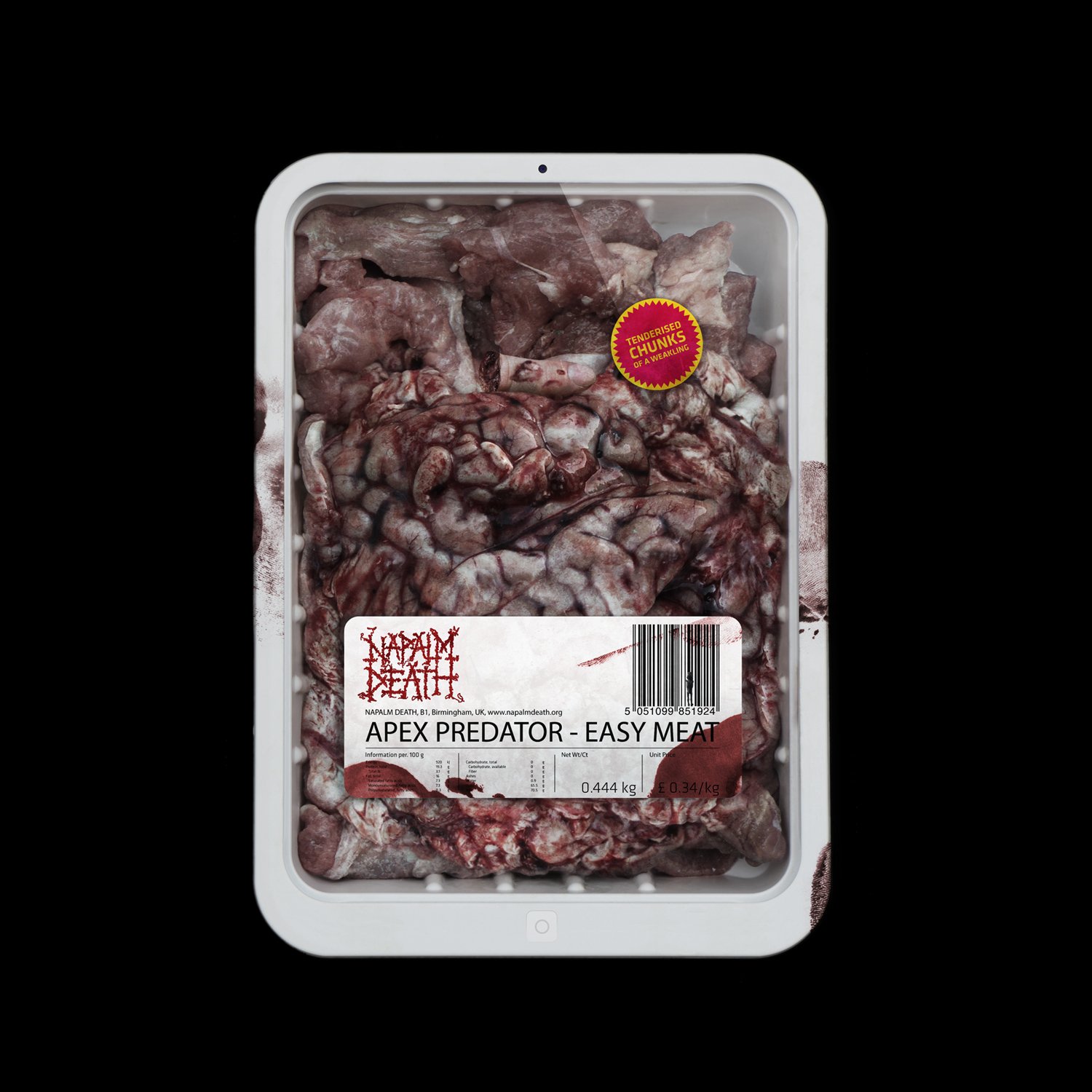 The Rules of Grindcore

Napalm Death is a band that doesn’t need much introduction, they are without question the ruler of grindcore and they have been for more than 30 years. Their 16th album released this year (by Century Media) ‘Apex Predator – Easy Meat’ is loaded with brutal and extreme sounds and in your face ethical and social lyrics; making it straight away another indisputable proof that Napalm Death are not done yet. We sat down with lead singer Mark ‘Barney’ Greenway during the Deathcrusher tour with Carcass, Obituary, Voivod and Herod to discuss Napalm Death’s origin, ever-changing sound, lyrics, ideologies and metal.

HMA: Deathcrusher tour is an excellent little package of brutality, how did it come about and how has it been so far?

Napalm Death – Mark “Barney” Greenway: Yeah. It’s just how things came about. I mean it’s probably fair to say Napalm really wasn’t on the radar for this tour. We were actually planning on doing something for ourselves but then we figured well… this is kind of tour that happened in the 90s and not really since. I guess the general idea was to recreate that atmosphere. So, in the end, it worked quite well for us you know because it’s something special and there are still a lot of kids coming to the shows that probably wouldn’t get to a Napalm show on its own.

HMA: Tell me about your new album “Apex Predator easy meat” what is the title meaning and the concept behind it?

Napalm Death: If you know about the evolutionary scale that puts predators at the top. That’s the apex you know. But we used it in the context of the idea that those at the top take everything and those at the bottom really struggled to survive. In this context, it was about productivity. The way that our clothes, our technology, our pieces of crap that we don’t really need, but we convince ourselves we really do, are made in by others in other countries. Not only do they suffer during that process but they also get a really bum deal on that whole thing. And then they also, once we finish with this stuff they also get it, after we finish with it, in the form of garbage. You know, that’s totally killer. It’s toxic, a lot of it. You know they get a bad deal and they rise up really. So it’s about that inner quality you know. That isn’t addressed often enough. People are very willfully ignorant such as it is.

HMA: And you steer away from all the satanic themes so common in metal.

HMA: Do you believe that fans respond to political/social lyrics, that writing songs within these themes could help people think and react?

Napalm Death: Sure they do because it’s a natural human reaction to be curious about such things. My whole way of doing things is that I put my ideas on the table. Of course the delivery is quite savage but at the same time I don’t sort of try to dictate to people what they should or shouldn’t believe. I put the ideas on the table, just say, “Come around to it from a logical point of view. Look! You know, why should this be? Like Figure it out for yourself”. If you’re a human being you will inevitably like arrive at the same general conclusions anyway.

HMA: I heard that you are a vegan, do you ever think about writing songs condemning the eating and slaughtering of animals?

HMA: The grind scene blossomed in the Midland-Birmingham are at the time of Napalm Death / Carcass. Do you believe that music with such rage could have thrived in a different, easier environment at the time?

Napalm Death: I doubt anything specifically in the Midlands I would say more in Europe. But I just think people are looking for the next level of extremity, first and foremost on the musical side. And of course, as you are quite rightly saying that the lyrics are something, they are an opportunity to think about something rather than just fantasy based things. And that gives it an added appeal I think. This way somewhere along the line people are able to consider real life. Everything isn’t about escapism. Sooner or later you have to deal with the realities of what’s around you.

HMA: Napalm Death sound is always transforming, but still always considered extreme; how would you define your sound?

Napalm Death: It’s extreme I guess. I like to look at it this way; it’s a paradox really because the music is like everything. All the elements of guitar music stretch to the eighth degree. The paradox is that the lyrics are not that way. The lyrics are very peaceful and innocent and although quite dark you can say in some respect, they are quite pro-peace, pro-dignity, for human beings and sentient being so there’s a paradox there. I like that contrast I think it’s a good thing to have.

HMA: Do you think that there is anything missing from the metal scene today, what has changed the most since you started with Napalm Death?

Napalm Death: It’s always changed and shifted. Well I mean I can’t, I’m ambivalent toward it. It’s not for me to really kind of preside over the scene although Napalm is considered to be a quite a pioneering band. It’s not for me to preside over the scene of what is right and what is wrong because my right is somebody else’s wrong and vice versa. So you have to be ambivalent. You have to let the people that come into the scene at whatever point they do and they will drive it in their own direction, you have to have an organic world. Whatever genre music it is for, it develops new strands of ideas and I believe that’s the way things should be. Whether I like it, whether you like it or not that’s the way things should be.

HMA: I heard in an interview that you said you kind of “fell” into Napalm Death, is that true, what happened?

Napalm Death: I did. That is true. That is very true. Lee and Bill left. Lee Dorian and Bill from Carcass and I were and I’ve been friends with all the guys for some years. I come from Birmingham, I followed Napalm and I was there when ‘Scum’ was being recorded. Not in the studio, but I was around the guys at the same time the process and they knew me and they knew what I could do because I already had band experience, I had already been in other bands. So they just asked me to join and that’s how it was I was working. One day I was an engineer in a factory in Birmingham working for a company that supplied car parts for Jaguar and Land Rover. Next day I was in New York playing, go figure.

HMA: What are your future projects, in the studio and live?