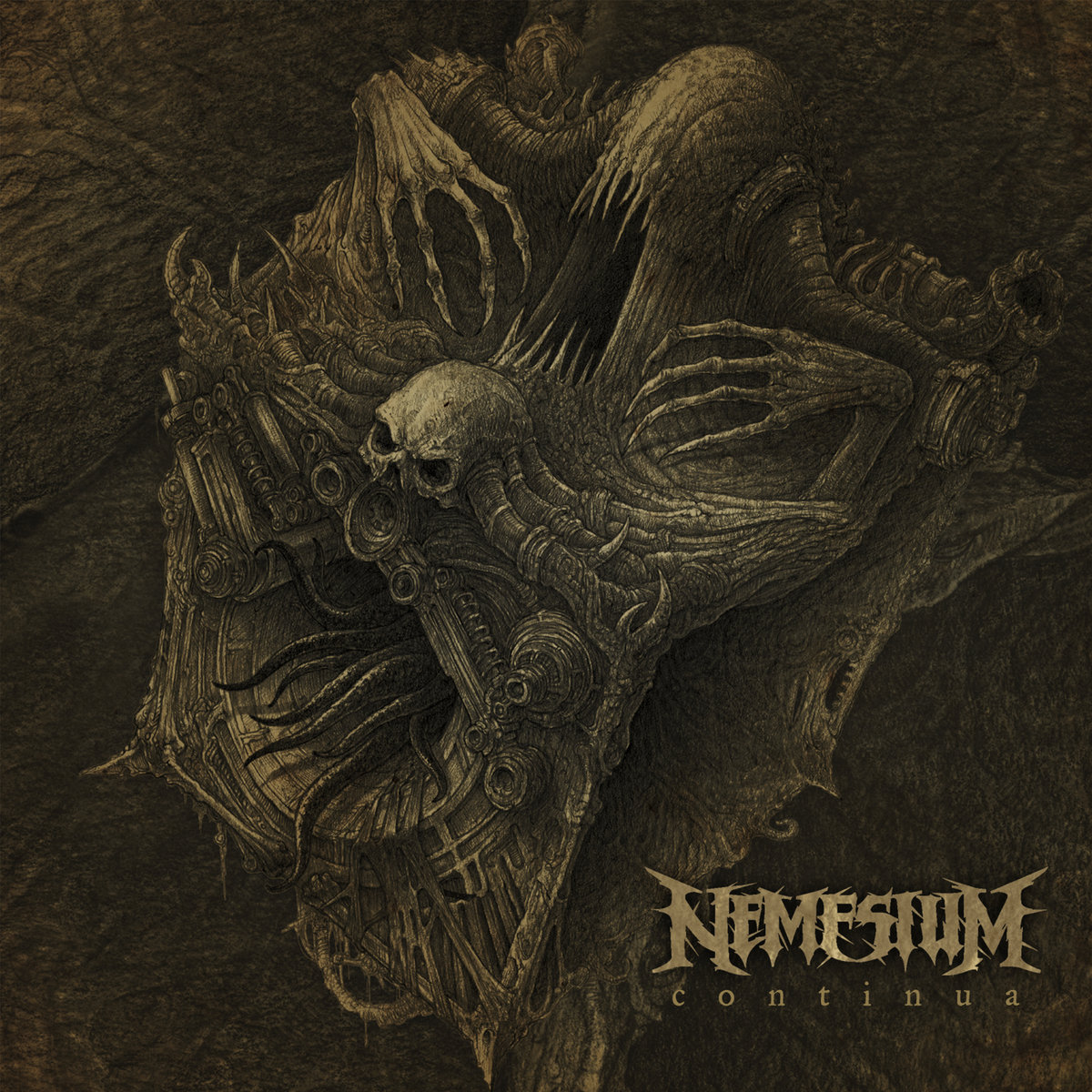 Unless you live in Australia, it would likely not be the first place that comes to mind when thinking of extreme metal, and Nemesium is one of the darkest kept secrets in the country. Hailing from the coastal city of Geelong, which is about an hour out of Melbourne, they deliver a unique act to extreme music, blending various stylings from the old school and modern death metal to the darkest melodic black metal from the 90’s Scandinavian scene.

We kind of do, I guess. The album was recorded on and off for about a year-long period from late 2018, right, and 2019. We had a lineup change during the recording process as well, with Marcus coming back into the fold after being our original bass player when we first got together, which wasn’t ideal productivity-wise but ended up turning out better than we could have ever hoped for.

The title ‘Continua’ was decided on because we wanted something simple and memorable. It’s damn near impossible to come up with a one-word title for an album these days that has never been used. When we talked about the concepts of the lyrical themes and artwork, we thought that the concept of infinity was relevant to everything we were trying to cover, and the word embodied that endless spectrum.

As far as lyrical themes, most of the songs are just stories that Clint comes up with based on his obsession and love for science fiction, fantasy, movies and other things. There are a few more ambiguous themes in some of the songs, but we can leave that up to you guys to decide what they mean to you.

I could potentially be the only person in the band with any really strong views on anything political or religious, which is essential that I can’t stand the idea of following something so structured. I believe everything you experience should be based on your own choices and values. Nobody should dictate your actions for you, be it religion, government, or any other social construct. Just be happy being you.