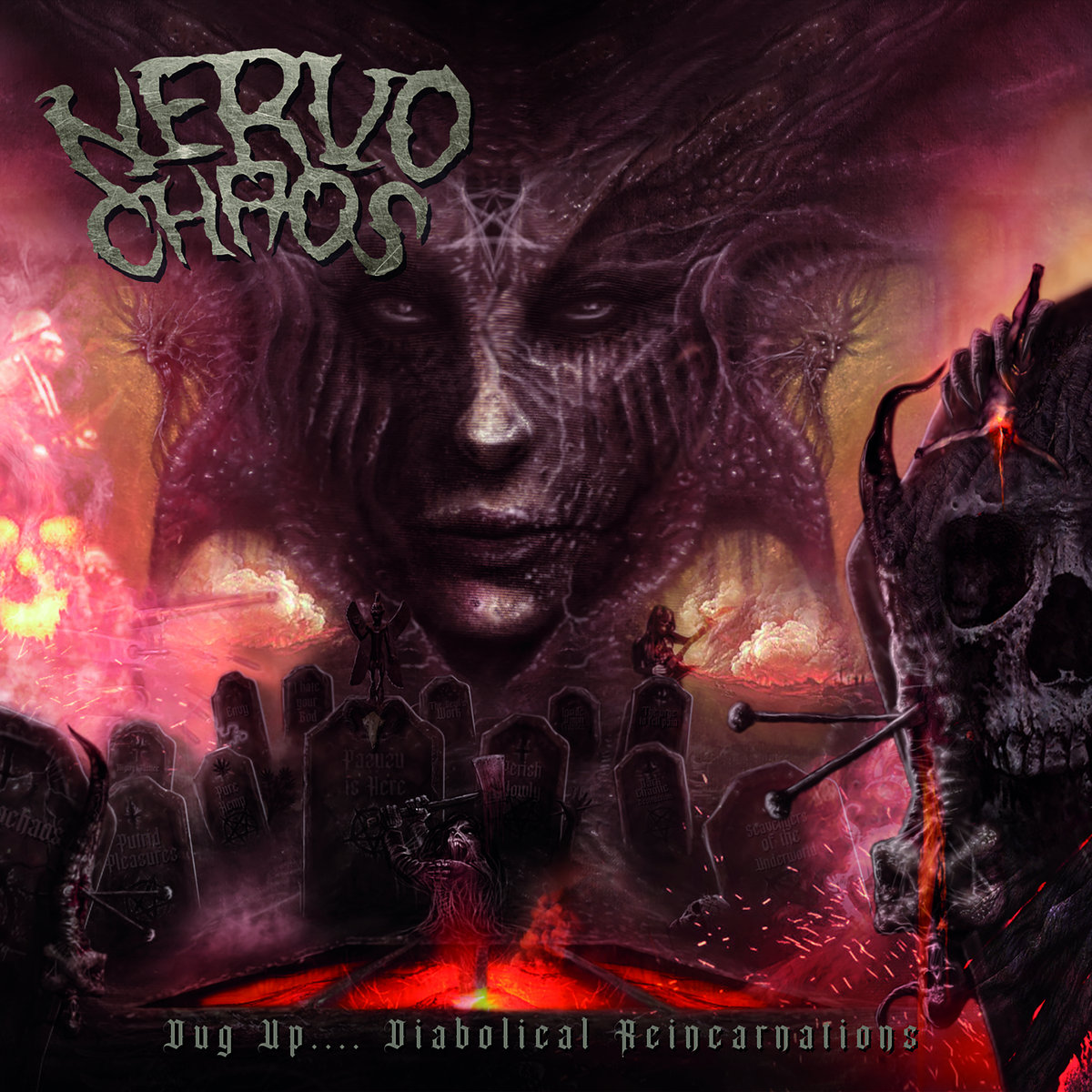 Fed-up with the entire trend flooding the scene, NervoChaos was born in Sao Paulo, Brazil, in the spring of 1996, with the idea of creating aggressive and chaotic extreme music. The band gained cult status in the music scene due to their hard work over the past 25 years, offering a sonic extravaganza in their unique way. The group has nine full-length studio albums and is constantly touring worldwide to support their releases, doing around 100 concerts per year, from clubs to festivals.

‘Dug Up…Diabolical Reincarnations’ was released in November. For the album, we chose to focus on the band’s first four albums, where we chose three songs from each of these albums. The idea was to make a compilation, ‘Best of’ style, but not just put the songs together and release it, but re-record everything with the band’s current line-up and also to celebrate our 25th anniversary. We wanted to retrieve the oldest material from the band. Upgrade these songs without losing their essence. The choice of songs for the album was based on the setlist of the shows we do, where we choose the most wanted tracks, from these albums, by our fans.

We believe that the ideal rhythm for us is to release an album every two years, as this way we have a good time to tour and promote the album and also have a good time to prepare new material. Our composition process is something continuous. So when we’re going to record a new album, prior to entering the studio, we usually rehearse a lot, do some pre-productions of new material, and so we polish everything until we go into the studio to record. Often some ideas come up in the studio too.

Each person has a philosophy of life, and each influences when composing. When we are working on new material, we don’t limit our inspirations, and usually, we follow what we believe is in tune with the songs and melodies we are working on. It’s a very natural process, and it tends to flow a lot when we get together to jam. We sometimes focus more on religions, secular or material, and sometimes even fantasy.

In 1984, when I was 12 years old, my uncle gave me a box full of vinyl records, so that was my first contact with heavy music. Two years later, I went to my first show (watched Vulcano, Exciter and Venom). This show changed my life, and that’s when I decided that I wanted to have a band, that I wanted to play the drums and that I wanted to be totally immersed in the universe of extreme music.

Believe music is essential and much more than just simple entertainment. It’s definitely something spiritual, and that unites us.