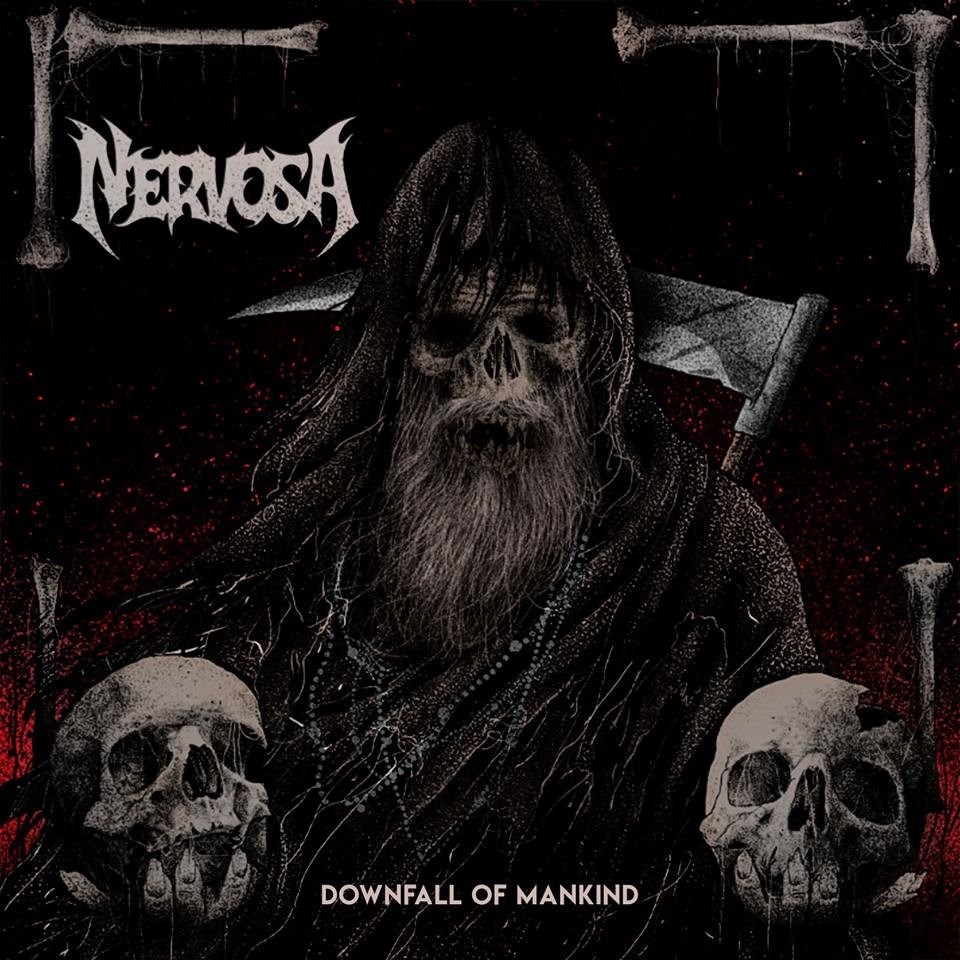 Downfall of Mankind By Fernanda Lira

Our music can be described as very visceral and aggressive Thrash/death metal, influenced by Destruction, Sepultura, Slayer and many more… It’s common to find people saying that the band has an “old school” thrash metal, cause our influences came from many old school bands and you can clearly find some of them listening to the compositions, but we also have a lot of death metal included in the songs, which makes it sound much more brutal than an old school thrash metal band and less traditional. We have an old-school attitude in the songs, with brutality and a and modern sound production. The writing process was very fast and nice, seeing that we are always touring, and I live far away from the girls, when someone comes up with an idea, we usually work on it by internet, and after the conclusion of a song, we meet in São Paulo for a couple of rehearsals, until we find what we want to hear and fix the details.

We don’t have a general concept for the album, so it was made thinking about everything that happens around us and in our reality. Most of the lyrics are talking about society, but we also have some lyrics focusing on the personal problems of an individual. We created the idea of the artwork representing all of these different subjects, in just one drawn, that could be easily understood, without many details, and very dark. We are not focusing on just one thing to get inspiration, so can happen that we have an inspiration watching or reading something, and we decide to write a lyric and compose about that. But as I said, usually getting inspired by things that are happening in our reality. I believe that the band sounds more mature nowadays, more brutal and maybe more technical too. Consequently, the art style also changed to something more serious and dark, accompanying the musical evolution. Each in the band has a different opinion and beliefs, so you would probably get a different answer from each of us. I believe that we just gonna get an answer (or not) the day that we die, we are too small and limited to understand this thing. So let’s wait. I hope it’s dark, free and silent. http://nervosaofficial.com