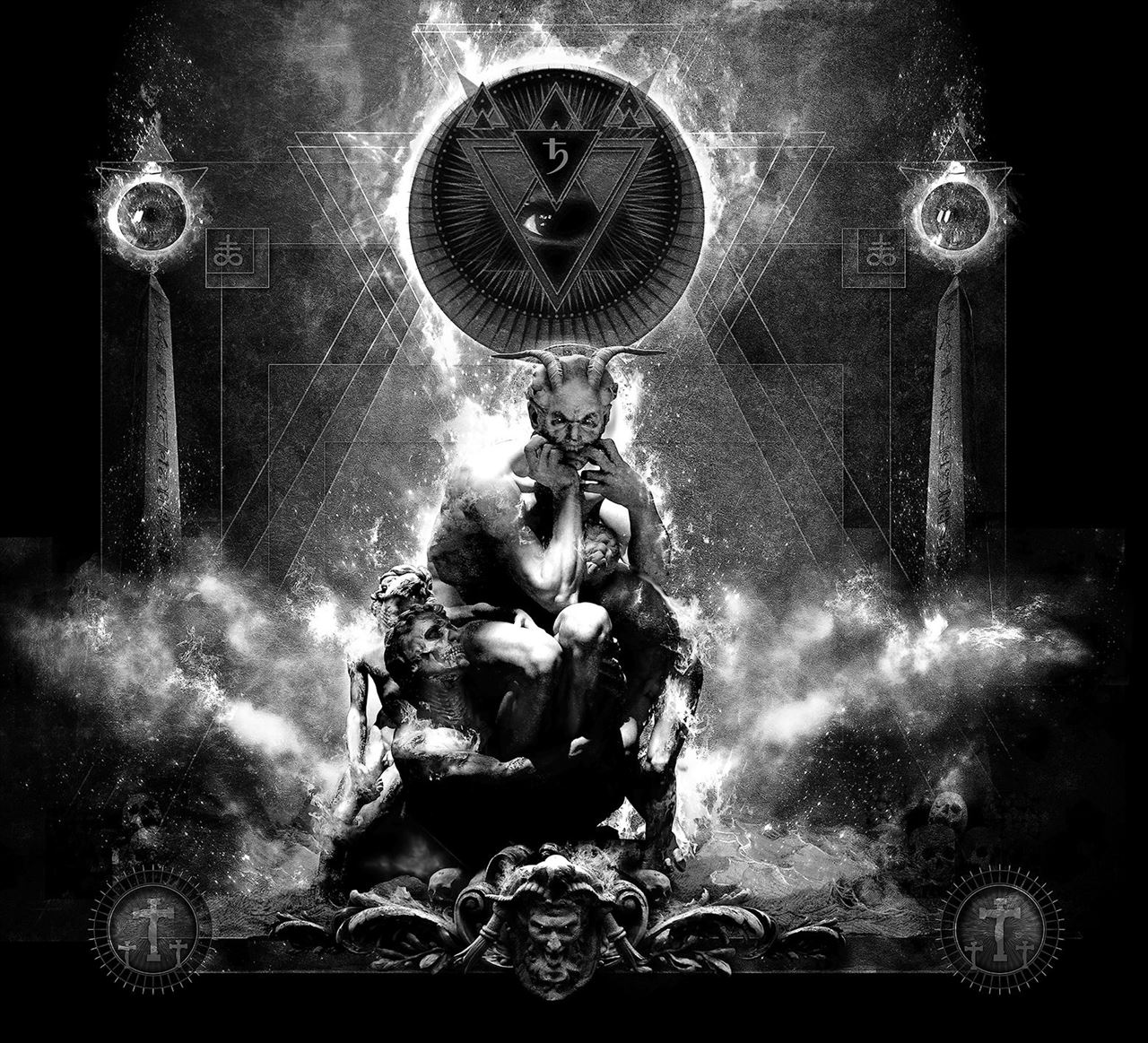 Heavy Music Artwork welcomes Nestor Avalos. Indeed an enigmatic and intriguing artist from Mexico. Nestor brings a fresh and an arcane and apocalyptic dark style to the genre.

HMA: Thanks for your interest in Heavy Music Artwork. Promoting the Metal scene through the arts. What are your views in this contest?

Nestor Avalos: Well… I think it’s very important because artwork and promotional applications now has become in an essential extension for the band, it helps to reinforce the concept that bands develop in their music and lyrics, also their personal believes even their spiritual ones.

HMA: Do tell us about your background and your interest in the Dark Arts.

Nestor Avalos: It’s a quite long story but I´ll try to resume it. I have always been interested in the “dark side” of course when you’re a child even a teenager, you don´t have a clear idea of what it’s happening consciously. When I realized and got deep in something that I could say the “real dark side”, it was when I started to go through a hard period in my life. I isolated myself from the world and that’s when I started the path of rediscovering and rebuilding myself in all aspects of life, and one of this important part, was the respond to the call of the left hand path. One important person in this period was Michael W. Ford a great magician in view, that gave me the opportunity to collaborate with him making a series of illustrations in the Book “SHADOWS OF AZATHOTH”, it’s when the gates get opened and I started to do personal researches in to the occult, and this is how my style transformed and took shape.

HMA: How did you start working in the depiction of religious iconography?

Nestor Avalos: My personal background has roots in Catholicism and that’s how these influences play a big part in my art. These characteristics give a sense of the “religious” and play in a subtle way with blasphemy and create a confrontation with established concepts in what religious images, icons, etc, have to have.

HMA: Your technique is quiet unique, how did you developed the skills?

Nestor Avalos: I’m not to show my little secret, he could get upset with me (616) heheheheh

HMA: In Mexico there is a great deal of cultural heritage celebrating the dead. Does this play an integral part in your art?

Nestor Avalos: In a way, yes. This magical connection with the death gives you another perception in what death means, see it like the inevitable transition from a physical plane to the spiritual one, also has a strong concept where you become an important part of the “everything”. Unlike in the Christians belief to indoctrinate the masses and to kneel before a rotten image and beg to “god” to let you be a part of their “glory” and to live under he’s sword.

HMA: I have looked and researched… have you done work for musicians?

Nestor Avalos: Yes I had the opportunity to work with great fantastic bands like Rotting Christ that gave me the opportunity to create a shirt design for their world tour “Creatures of the black abyss”, the almighty British band Hecate Enthroned, Demonic band from USA Manticore, Swedish band HEX with an ex-member of the band Lord Belial, Chilean band Execrator with Alvaro Lillo from Watain / Undercroft, with the Austrian band Nocturne, the guys from Black Dahlia Murder from the USA, Italian band Falcifer, Canadian Occult Black Metal band Blight, another great guys from the USA Legions of the Hoar Frost. Mexican bands like the great Black Hate, my dear friends from Vexila Regis Prodeunt Inferni, my black light brother from Warfield, my band Proditor Bicorni and Throne of Shiva… I am currently working on some projects with very good bands.

HMA: Most of your work is in black and white, is there are reason for this?

Nestor Avalos: It comes natural to me. I like how the contrast between them awakes new sensations on the viewers, creates a real essence of darkness and it’s when the black light reborn inside of them, touching their souls, creating a inner chaos devouring their believes, questioning their selves and starts a quest to re-find their coul or even re-build all their personal integrity.

HMA: Your work brings to mind classical European art, what are your main influences?

Nestor Avalos: Well About the classical European, mmmmm – I think that the mean influence it’s Francisco de Goya without any doubt. Talking more of my creations in a more extensive concept, one person that I admire is Seth Siro Anton from Greece. The great master H.R. Giger, Diabolus Rex´s aerograph work, Travis Smith from Seempieces a great artist talking about Heavy Music Artworks, Ashley Wood, Metastazis from France really great artist and well I‘m discovering lot of awesome creators on the the internet and have the chance to talk with some of them to get inspiration and to further develop my skills.

HMA: What are you working on at the moment?

Nestor Avalos: Cover artwork for the Occult Greek band Acherontas… and are waiting two handmade pieces to get finished, one of it it’s the lord of the winds Pazuzu and the other one it’s a personal interpretation of the Baphomet.

HMA: Thanks so much for this interview.

Nestor Avalos:Thanks to you, to give me the opportunity to share my art and share a little of myself with all your audience and of course with all my loved brothers and sisters who have supported me during this entire marvelous dark path.

“LIVE IN CHAOS – BURN IN FREEDOM – never kneel before a rotten God.”