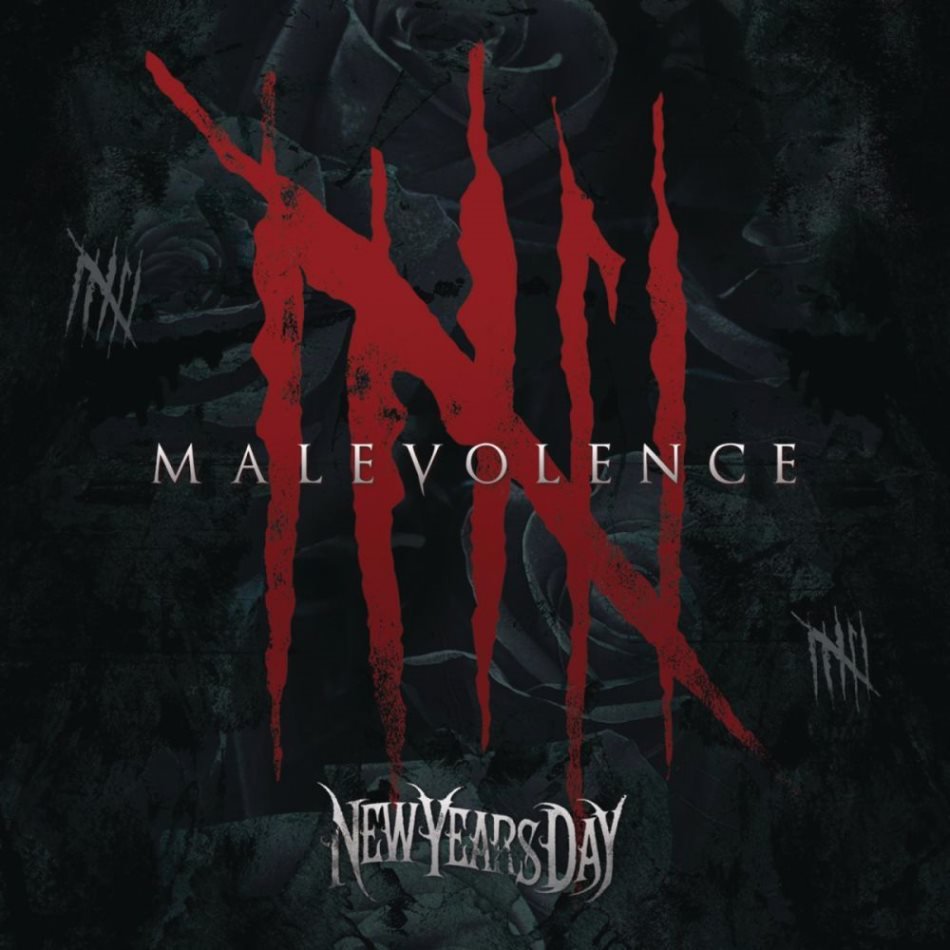 More from the Next Generation of Dark Royalty

Let’s have a chat about New Years Day. They’re a band that was formed back in 2005, who’s first tracks appealed mostly to a younger audience, and with lyrics that played on a filmy, Halloween-y ‘darkness’. And look at them today… From a humble start on MySpace (yeah, remember that was a thing) to playing international shows; three acclaimed studio albums and an array of awards – they’ve really come a long way. Their music has a bite, their latest songs showcase lyrics are laced with emotional content stemming from very personal experiences. You can certainly say that this band has grown artistically in all the right ways. From touring with her all-time hero to battling her demons, Ash Costello (vocals), throws back the veil and shares stories of her life and the things that shaped her as an artist.

HMA: You were on tour with Marilyn Manson. How was that?

AC: So awesome. It was … I mean look, I’m not going to try and play it cool. Marilyn Manson was one of the first alternative musicians that I fell in love with. I was 12 and I saw Sweet Dreams on MTV Late Night, and I was forever changed. You know? It just changed my world. I wasn’t scared of it. I loved him immediately. I feel like he kind of raised me, in a way. Throughout the years without knowing it, he taught me to be this person who I am today and not give a shit about what other people think. To be in that man’s presence was very surreal. I’ve met him a couple times on red carpet events, but to be performing on the same stage… Or to be next to his tent in the next stage and hear him yelling from inside of it, y’know? Just all the little things that make Manson, Manson, that you don’t realize. He’s a total doll. He is a complete sweetheart.

HMA: You had a chance to chat?

AC: Oh yeah. He kept to himself, seemed very busy, but still made time to hang out with little old me. He even pulled me out on stage for The Dope Show on the last show.

HMA: That must have been an incredible moment for you. How did it make you feel?

AC: It was the most nerve-wracking moment of my life. You don’t know if he’s going to praise you, hate you, make fun of you, or love you. You don’t know what you’re going to get. I was like, “Oh god, please just make this go well.” Then I went on stage. It was cute.

HMA: I was actually really hoping to see you open up for him at the Apollo Hammersmith in London in November.

AC: Yeah, we couldn’t do the UK dates because we had another tour that we were doing.

HMA: Were you disappointed when the December dates with Motionless in White were cancelled?

AC: Yes but it was a group decision.

HMA: I have to ask you this, because there’s been a lot of speculation. Did what happen in Paris influence that decision at all?

AC: Yes. I think especially for Americans, no one was really excited to get on a plane and fly towards all that. I think everyone just felt really afraid and not safe. We all agreed that it wasn’t the right time.

HMA: What are your thoughts about what happened in Paris and at the Eagles of Death Metal concert?

AC: We heard about it while we were on the Manson tour, a lot of people on that tour were very close with the Eagles of Death Metal and knew the merch guy. We knew about the merch guy before it hit the news. We knew that the singer had been a hostage. It was just not good. They knew their girlfriends… It was just a really bad situation. It was a bad vibe because we were in Paris the day before.

Then, being around Marilyn Manson, who’s kind of a beacon… Everyone was just really nervous about what might happen.

HMA: That’s cool. Not what you’d expect to hear.

AC: Yeah. I hate to ruin his reputation, but that’s kind of what I’m good at. He’s kind of just like this really humble, quiet, very smiley, giggly guy. He’s just really sweet. When you get to know him and he cares about you, he’s the kind of guy that will just give you the shirt off of his back.

HMA: Let’s talk a bit about your band. Your early rise to popularity through social media is really interesting.

AC: [Laughs] I didn’t at all mean for it to happen that way. Honestly.

HMA: So, would you say it was almost by accident?

HMA: Did you have to learn how to be a popular artist as you went along?

AC: You’ve nailed it. I really had to learn the ropes as I went along but I think what separates me and my social media against other people is that I’m really connected to our fans. I was a fan of music before I was an artist, so I just remember what I wanted to see and what I didn’t, and what was real to me and what was fake. I think there’s just a genuine vibe to the stuff I put out that people kind of latch onto.

HMA: So you make an effort to be responsive on your social media networks?

AC: Yeah, I read every single comment. I try to comment back as much as I can. Our social networks have always been really popular, even in the MySpace days, but it’s really kind of taken off. It’s crazy.

AC: You said it right! No one ever says it right. [Laughs]

HMA: What do they say?

AC: Like ‘mal-vio-lense’ or ‘mel-velo-velance’. People just don’t get it right.

AC: And a snappy dresser! [Laughs] That’s good. I was tired of people mispronouncing it.

HMA: In past interviews, you’ve said that this was the most personal album you’ve put out to date. Tell me about that.

AC: I just felt like it had to be. It was time to grow up. I couldn’t use the metaphorical veil of the spookiness, singing about Halloween and pumpkins and blood and vampire teeth. It was kind of campy before and I kind of hid behind that. It was time to really open up a vein and let the truth come out.

I had a pretty rough year. I lost a lot of best friends. I was used a lot, stabbed in the back a lot, stolen from, and cheated on. Pretty much just all the shitty things in life. It all made for really good song-writing, so I just was honest about it.

HMA: Do you think that misery; unhappiness; these kinds of negative experiences, are essential to actually writing? Do you think you’d be where you are now and the kind of artist you are if those things hadn’t happened to you?

AC: No. That’s why I look back and even though those things sucked, I’m thankful that they happened. I feel like the album is all about overcoming the negative things. In every song, there’s a positive message and it’s all about just pushing through the hardships, not letting the shitty things that happen to you hold you down.

HMA: Are you happy now?

HMA: If you were to actually address someone who’s in that sort of dark place at this moment in their life, what would be some advice you’d give them?

AC: If I can still be around walking today with a smile on my face after all I’ve been through, you’re definitely good. Because I’m okay, you’re going to be okay. If I can do it, you can do it.

HMA: What did Erik Ron bring to the album? Producers are often overlooked by fans.

Malevolence was different for us because normally, I have an arsenal of lyrics and songs to pack up going into the studio, but we were so busy touring, I came home from the Motionless in White tour, and the next day I was thrown into making this album. I had 31 days to do it.

What was nice about that is it added this element of urgency so I couldn’t dwell on the lyrics. I just had to be happy with what I wrote the first time and leave it be and not dwell on it, which is what I used to do. I used to dwell over one line for a day and really look into the details. It’s not that the details were overlooked, I just didn’t overthink it. I just let it happen.

It was a really love-hate process because I had to be honest with myself. I learned from it that if you’re not upset and hating the process, then you’re not digging deep enough. If you’re writing and it’s not shitty, then it’s too easy. That means it’s not good. It was really hard. It must be pretty good. [Laughs]

HMA: Outside of music, what do you enjoy doing?

AC: I work so hard that I really enjoy sleeping, but I also design clothes. I have a clothing line that came out not too long ago that’s doing really well.

HMA: Tell me a bit about that.

AC: It’s called Bat Royalty. It’s just for girls right now, unfortunately. Sorry, no boy stuff. It’s all bat-themed: really cute shoes and bags and dresses. I’d been working on it for 2 years when I had down time and it was finally released last month and it sold out in the first 24 hours in every store that it was in. It was a huge success and I’m working on the next line now.

HMA: On a personal level, who would you say has supported you most throughout your musical career?

AC: My mom. She is my number one fan. She has a New Years Day shirt for every day of the month, I think.

HMA: That’s really sweet. What about growing up do you remember best? What reflections of your childhood can you see in your music?

AC: [Laughs] I can tell you were kind of a downer yourself.

HMA: Do you think fame has changed you at all? Are you still the same person you were before New Years Day?

AC: Totally. Everyone keeps saying how well we’re doing and how we’re blowing up but it all feels the same to me. Maybe when my bank account really changes a lot, I’ll feel some sort of wild success, but right now it just feels the same.

HMA: If you weren’t doing this what would your dream career be?

AC: I’d probably be doing special effects for horror movies, maybe. I really like set dressing. I did that for a while, distressing wood and making things look dirty.

I think I could be an accountant. I’d be a tax person; I don’t know what you call it… A tax doer. [Laughs]

HMA: I have one more question for you. What’s your most ardent wish for the future, personally and as a musician?

AC: This is going to sound like such a beauty pageant answer, but right now, it’d be really cool if the whole world could just get along. That’d be really sweet, because it’s scary. World peace. Isn’t that a terrible pageant answer?

AC: A girl can dream.

HMA: Thank you very much for taking the time to talk to Heavy Music Artwork.

AC: Thank you! It was really nice talking to you.