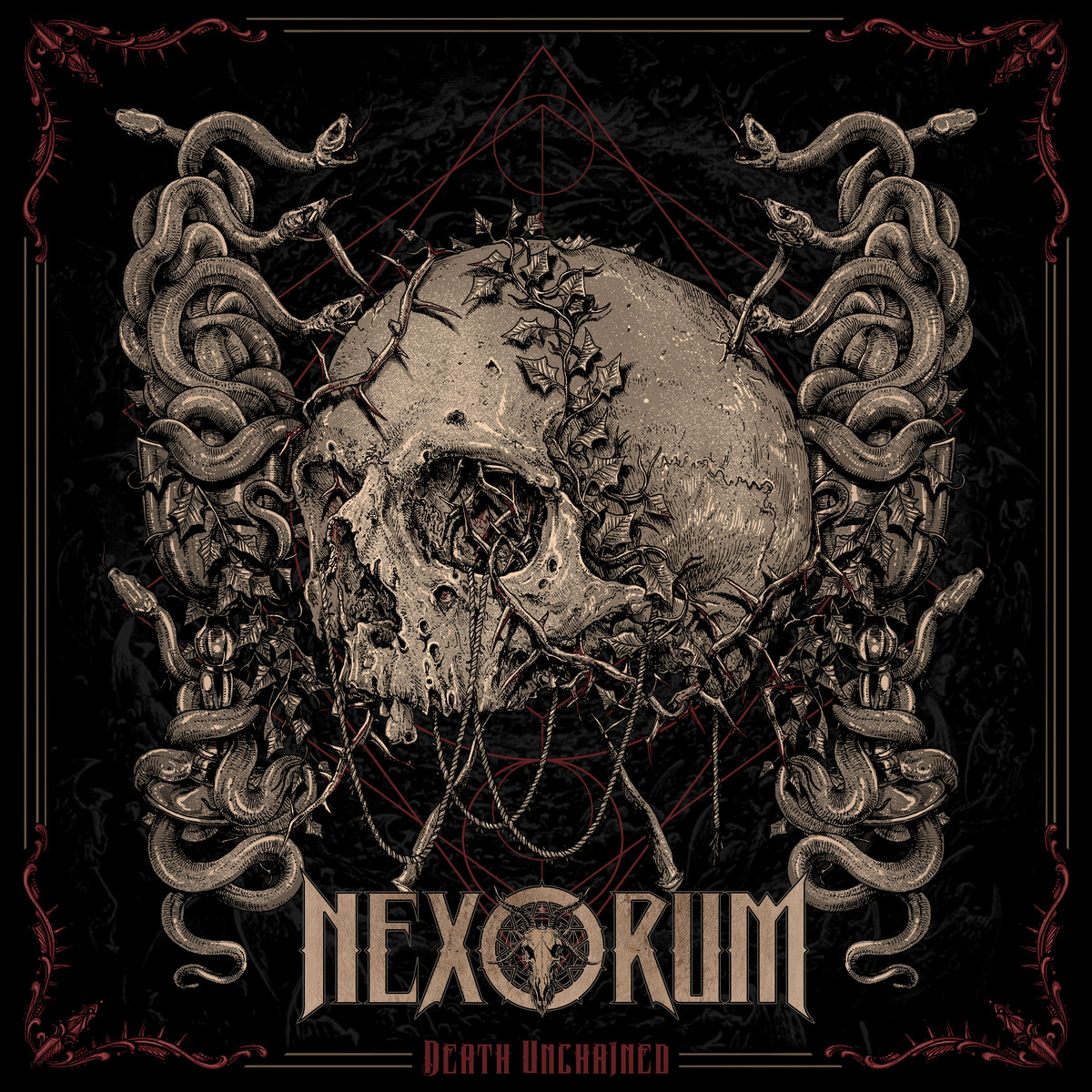 Nexorum is a blackened death metal band from Trondheim, Norway, and consists of members from Keep of Kalessin, Khonsu, Chton, and Vecordious. After Terje and Roger worked with a less ambitious band together, they realised some unfulfilled potential. They decided to join forces with Robin and Vidar to build the firm foundation of Nexorum. After a while, they met a guy with the same mindset and passion as Frank, who became the fifth and final member.

On our debut album, ‘Death Unchained’, we have been focusing on the more heavy and groovy side of extreme metal, but we have also spiced it up with a touch of black metal on some parts. We didn’t want to overthink things, so most of the album’s elements are pretty classic stuff in the metal genre. There have been drawn a lot of inspiration from the biggest fantasy book through all times on some of the lyrics. Others have a critical view of certain subjects.

We early on agreed on not limiting ourselves by thinking, “we are a death metal band, and we will only make death metal”. The only principle we have in the band is that we all need to enjoy what we are creating. Everything just flows better if we all pull in the same direction. Besides that, we do whatever we like. I don’t care what genre it’s defined as or if people say “you can’t do this or that” for some obscure reason. It’s just noted in a certain order and speed. We try not to compare ourselves too much to other bands. We just do whatever we enjoy.

I wouldn’t say I have one album cover I keep thinking about as a favourite, but if I had to pick one, I would have to go with one of the first albums I ever bought; Iron Maiden – Live After Death. In general, I think Iron Maiden, with very few exceptions, have great album covers.

When it comes to creating music, I’m not sure I’ve ever been inspired by anything other than music. I, of course, enjoy other things that stir my emotions, like movies, books, nature, pictures, but I don’t think it has ever inspired me to write a song. That being said, it is, of course, important that the lyrics match the song. We can’t have a song about unicorns if the feel of the music is dark as fuck.