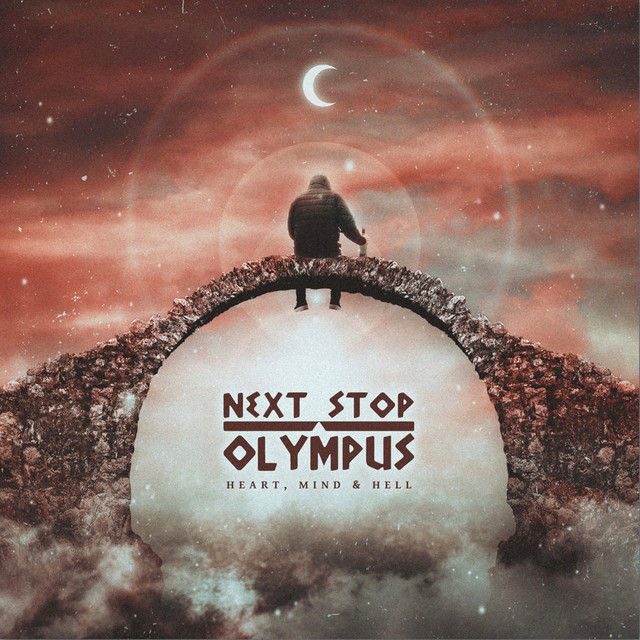 Matt: We are Next Stop Olympus, a five-piece metalcore/post-hardcore band without our twist of rock’ n’ roll influences in our songs from the Salisbury/Southampton area; we have released two EP’s had the joy of touring up and down the country with some incredible bands.

Our new ‘Heart, Mind & Hell’ EP 2021 has a very personal meaning behind it, and every song means something to a member of the band. But we put the EP in such a way that it tells a story of someones’ downfall, the first song being about betrayal, second about anger, third dealing with problems with alcohol etc., fourth is almost about reflection to a degree, and the last track is about when you’re at the lowest point and giving up.

We’re all involved with the songwriting process; someone will bring something to the table, whether it be a riff, the skeleton of a song, lyrics or even just an idea for how the song could sound, and then we all work on it together from there.

For me, it would have to be ‘My Affliction’, I wrote the lyrics about my temper; to put it bluntly, I’ve got a horrendous temper, and I struggle with it sometimes, and it’s important because it’s the only time I’ve ever really spoken about it.

Conor: I’d have to say ‘Don’t Let Go’ because, for me, it’s about realising that you’ve hit rock bottom with no clear way to crawl back out. It’s a real emotional treat.

The main imagery of the EP is a man sitting on the edge of a bridge contemplating life is something that not only links to the music video for ‘The Ignorance Of Us’ and also links lyrically to the EP as a whole, almost as the end piece to the entire release. The story is told throughout the EP with the final question ‘Do I jump?’ It’s not monochrome; there is an obvious red theme to the look, but that’s because we like the colour, and it works well with our new merch! The artist is Patrick Pinion, and his links are below!