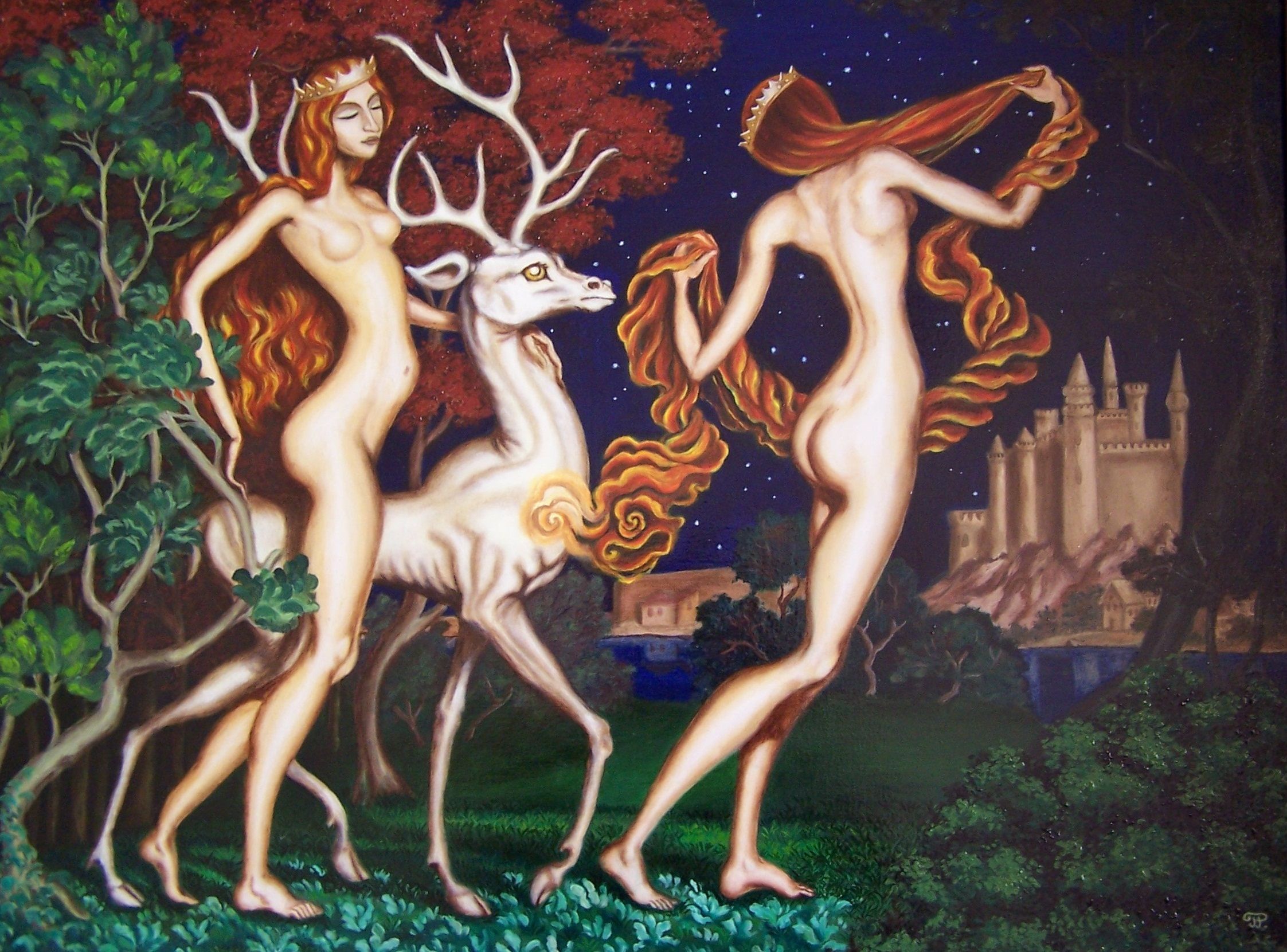 Of Russian and Italian parentage, Kalmakoff spent his childhood in Italy where he also briefly studied painting. In 1903, he rejoined his family in Russia and became involved in Diaghilev’sMir Iskusstva (World of Art). He designed numerous theatre sets; his 1908 design for Oscar Wilde’s Salome was censored for its overt sexuality. In 1920 Kalmakoff travelled to Helsinki, Brussels and southern France, finally settling in Paris circa 1924, where he is said to have become actively involved in occult rituals. After the failure of a 1928 exhibition of his work, Kalmakoff became a recluse. He was taken into a hospital for indigents in Chelles and stopped painting in 1947. An exhibition of his works was held in 1970 at Hartnoll and Eyre, London.