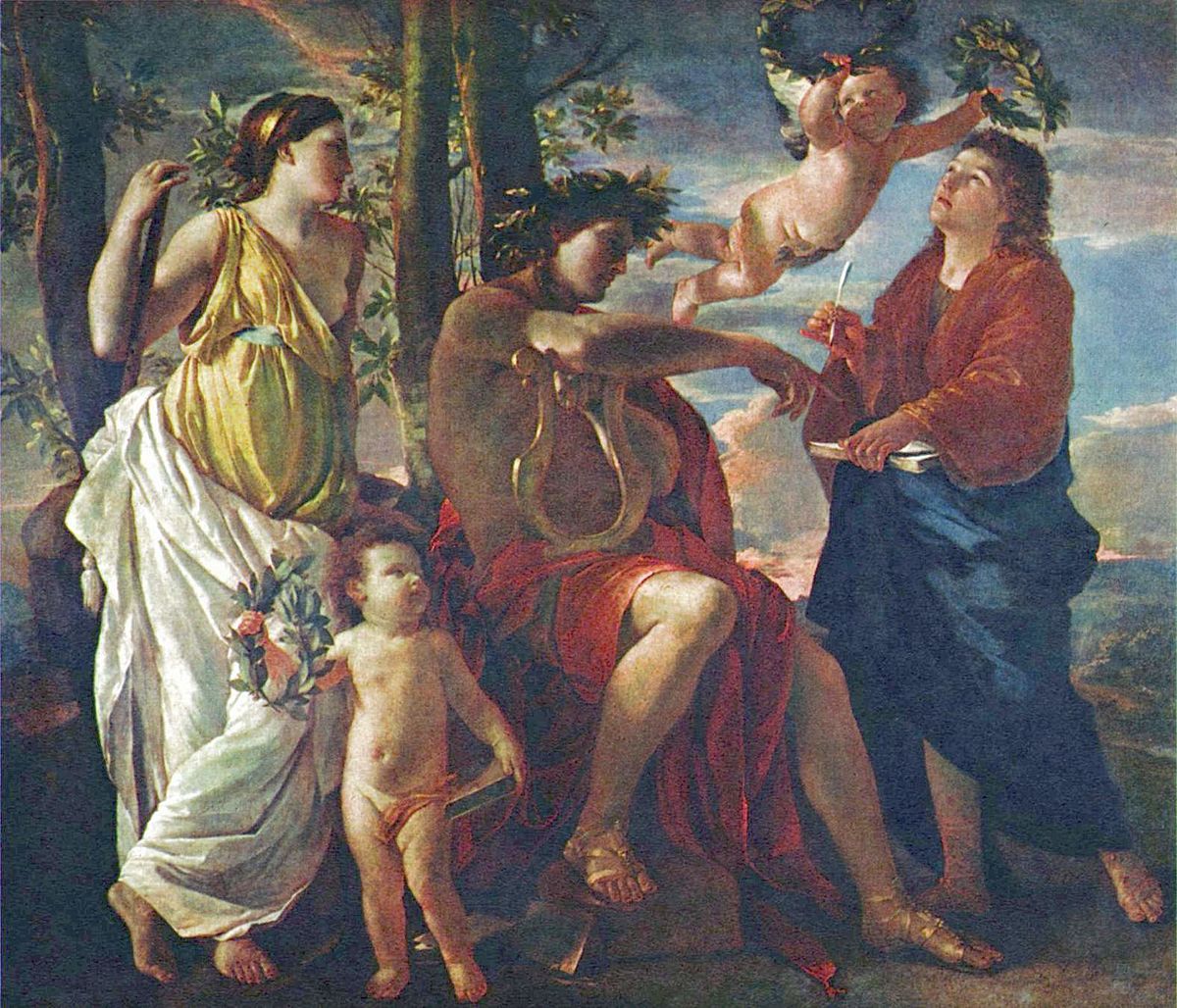 Nicolas Poussin (born 1594, Villers, Francedied Nov. 19, 1665, Rome, Papal States) French painter. Except for two years as court painter to Louis XIII, he spent his entire career in Rome, where he became an admirer of ancient Roman civilization. In early works, he depicted themes from Classical mythology in a painterly style reminiscent of such Venetian masters as Titian. Turning to Raphael for inspiration, he began in the mid 1630s to develop a style marked by Classical clarity and monumentality. His late masterworks, such as Holy Family on the Steps (1648), employ a style calculated to express virtue and rectitude, featuring only a few figures painted in harsh colours against a severe background. In his landscapes, such as Landscape with Polyphemus (1649), the disorder of nature is reduced to the order of geometry. His austere and highly ordered compositions influenced generations of French painters, including Jacques-Louis David, J.-A.-D. Ingres, and Paul Czanne.