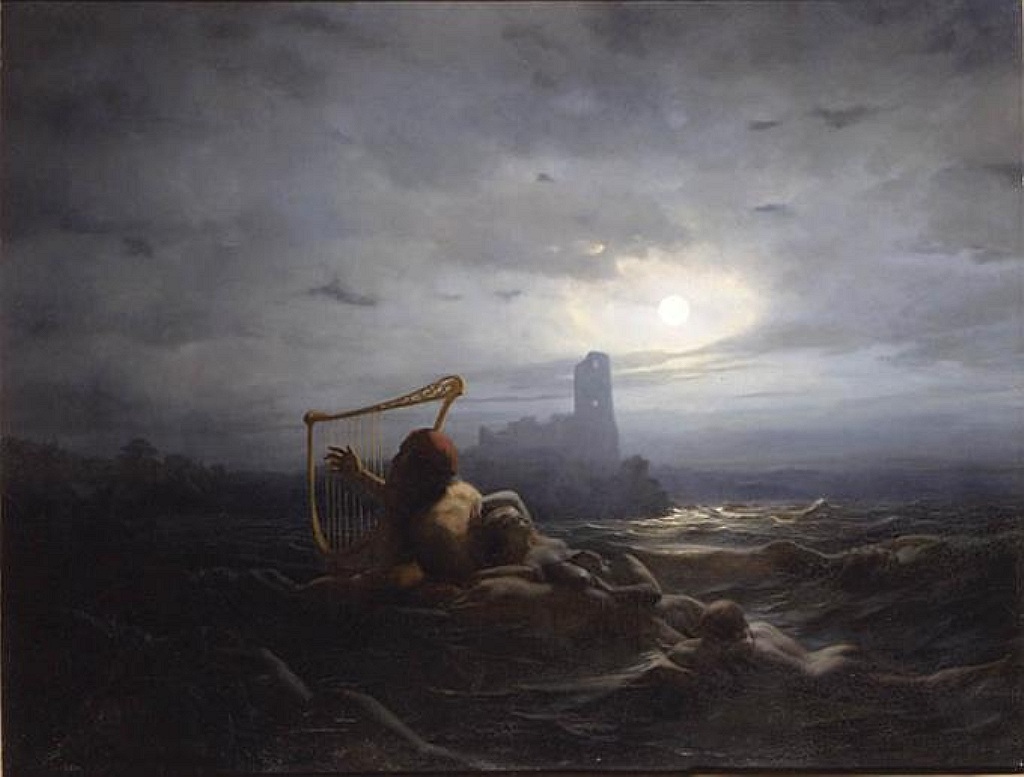 Nils Johan Olsson Blommér (1816–1853) was a Swedish painter. Starting his career as an apprentice in Lund he experimented with painting portraits from the age of 20. He achieved some successes and in 1839 he had saved up enough money to move to Stockholm. There he took the name Blommér and enrolled in the Kungliga Akademien för de fria konsterna (sv). After winning the academy’s prize several times he got a stipend in 1847 to travel abroad. He spent time in Paris but later moved to Italy, where he married his wife Edla Gustafva Jansson, also a painter, in November 1852. A few months later he caught a fatal chest disease. Blommér’s best known works are based on Norse mythology and folklore. They include Älfdrömmen, Sommarnattsdrömmen, Näcken och Ägirs döttrar, Brage och Iduna, Freja, Loke och Sigyn and Älfvor.