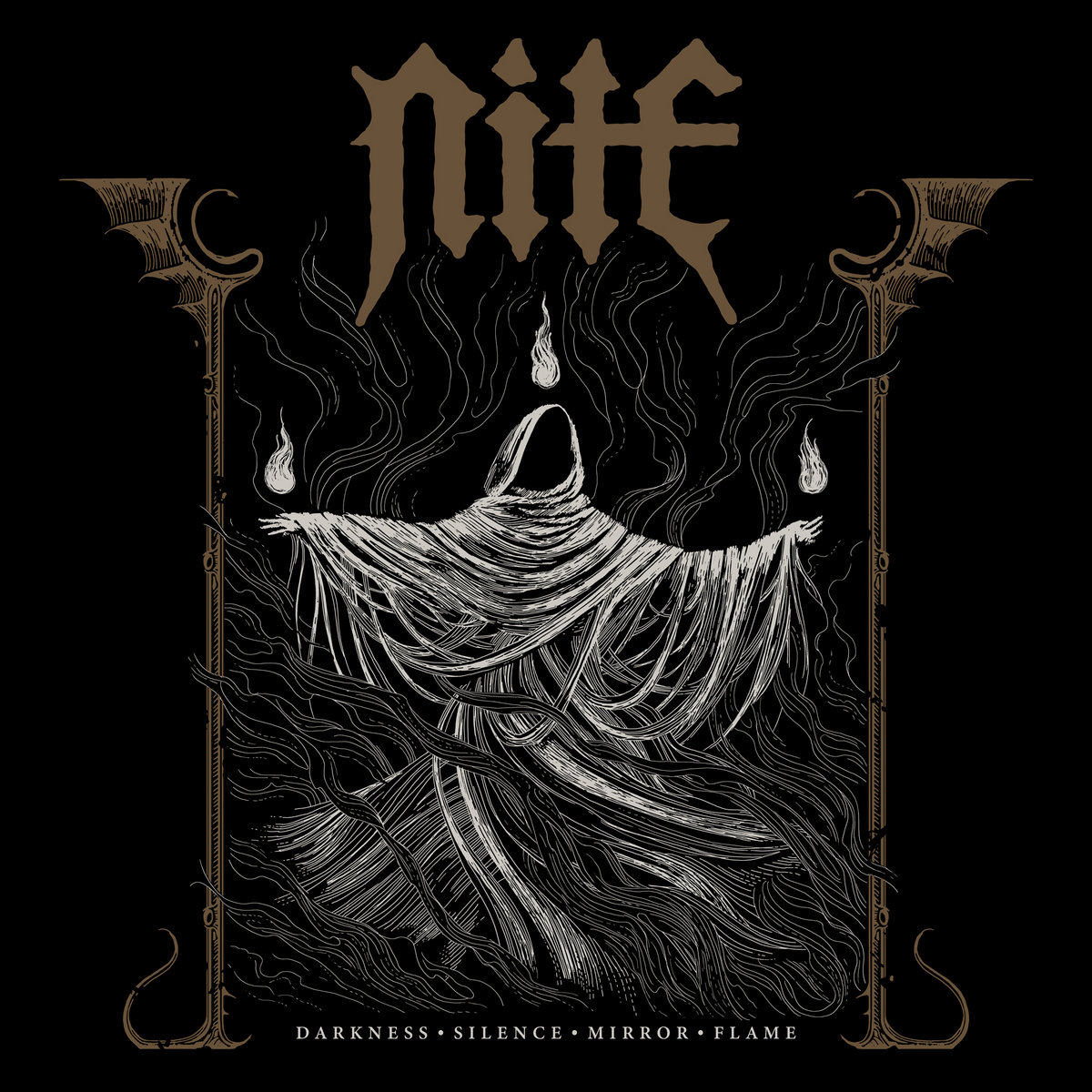 I started my journey back in the 90s, growing up in Athens, Greece, playing with local metal bands. After a few years in music and sound engineering schools, I started working as an engineer back in 1999 and eventually as a producer later on. I was fortunate enough to work with acts like Kvelertak, Integrity, Gehenna, and Keep of Kalessin while somehow miraculously managing to make rent in an ever declining industry. My work as a guitarist was running parallel to engineering with Mencea, a death metal act with two releases in the Norwegian label Indie Recordings, Satan’s Wrath with three albums on Metal Blade Records and a few others that fizzled out before making the spotlight.

I first got the idea of doing something similar to what came to be Nite while living in Los Angeles back in 2017, working terrible jobs and trying to hold on to something true and meaningful to me. 80s Maiden doesn’t get any closer to that; coupled with my love for extreme guitar and black metal vocals, I conjured some demos and started looking for the right people to bring it to life. Shortly after, I moved to San Francisco, where I eventually met with the guys after many failed attempts to meet people on Craigslist, which was, to put it lightly, intense. We worked on those early demos for around a year in rehearsals and narrowed them down to the eight that made the album. Trying to bootstrap the thing with minimal funds, we recorded in our rehearsal space, the Hoagie Container, and I mixed and mastered it at my studio, 210 Studios.

I love practising. Be it guitar or singing or anything music-related. Guitar has been an obsession of mine since I was a kid and a daily ritual ever since. The discipline takes to make the slightest progress, and the dedication needed not to drop the ball and lose your progress by skipping practice makes for a very addictive RPG like activity. Music is a vast field, and the number of things I can explore and learn every day is just endless. A few lifetimes would not be enough to cover everything out there, so I have to choose my heading every day and decide which new thing I want to focus on. Getting better at whatever I’m after is such a huge reward and my driving force for keeping at it 25 years down the road.

What did it for me was Iron Maiden ‘Powerslave’. I had a bunch of Maiden and Metallica records before that. Still, that moment I first bought the album, seeing it at the store as I walked in, riding the bus home staring at that cover for an hour and then playing Aces High for the first time is a feeling I’m chasing after ever since. A considerable part, of course, was immersing myself in the scene at the time. The music scene in Athens in the late 80s and 90s was insane. We used to get so many acts visiting almost every week, and being a teenager within a sea of other teenagers sweating it out at shows of anyone from Metallica, Megadeth, Maiden, Manowar, Savatage, Rage, Blind Guardian, and many more was incredible. That sealed the deal for me. One thing that particularly struck me back then was the sense of camaraderie among metallers, at least back then. I remember how fascinating it was that a thousand maniacs would immediately part ways to help a kid that fell on the ground in the pit—a bunch of outcasts that have each other’s backs.