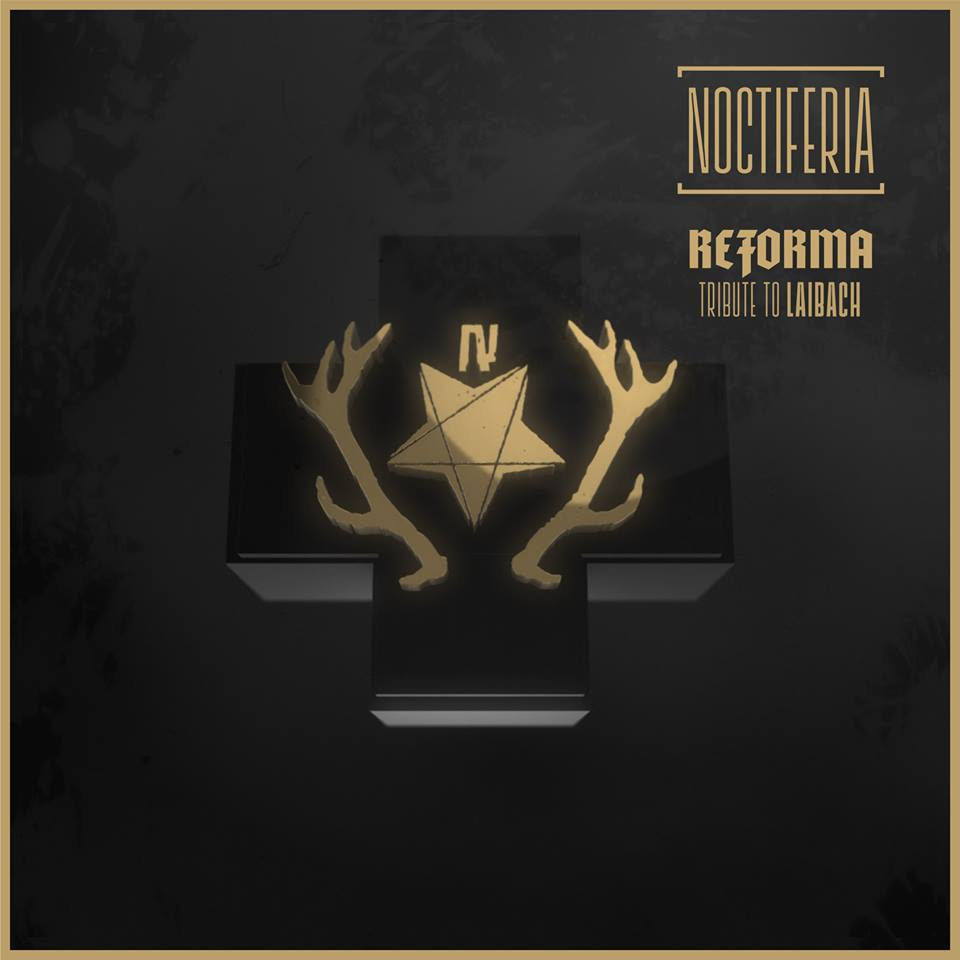 Noctiferia has been active for two decades with no brakes and has released six studio albums, performed at Wacken Open Air as the first Slovenian band in history. Also toured China twice, performed multiple times on national television, did an unplugged performance in a national Opera house with a symphony orchestra. Supported on tours bands like In Flames, Kill Switch Engage, Mayhem, Hypocrisy, won 2nd place as Metal Storm’s industrial album of the year. We have collaborated with electronic music producers, symphony orchestras, released acoustic albums and incorporated in our music elements of black, death, industrial metal, electronic and world music with a modern touch. Quality and diversity is our motto. We strive always to release high-quality products and not to repeat ourselves artistically.

Our latest album, ‘Reforma’, will be released by Blood Blast Distro and Nika rec. in May 2021. It’s a tribute to the legendary and world-renowned band Laibach and features three unique guests; David Vincent – ex Morbid Angel, Atilla Csihar – Mayhem and Jorgen Munkeby – Shining. It was mixed and mastered by the award-winning producer Henrik Udd (Bring Me The Horizon, Architects, At The Gates, etc.) In short, we believe that the album can be described as a ‘killer sounding mix of extreme metal and avant-garde, with some very special guests!’

Reforma means new shape, new form. In a way, it’s a technical term as we reshaped the original songs, and It sounds cool. Ideas and inspirations come from everyday life, which is grotesque enough and from listening to all sorts of music. I can describe our lyrics as socially critical and perhaps spiritual at times.

Until now, all our album covers were made by our guitarist Igor Nardin, an extremely talented graphic/video artist. But since the Reforma is a different kind of album, we decided to go with Jean-Emmanuel “Valnoir” Simoulin from French design studio Metastazis, known for his work with Ghost, Behemoth, Amorphis, Laibach etc. The artwork concept and design is his work and is pretty provocative if you know what you are looking at.