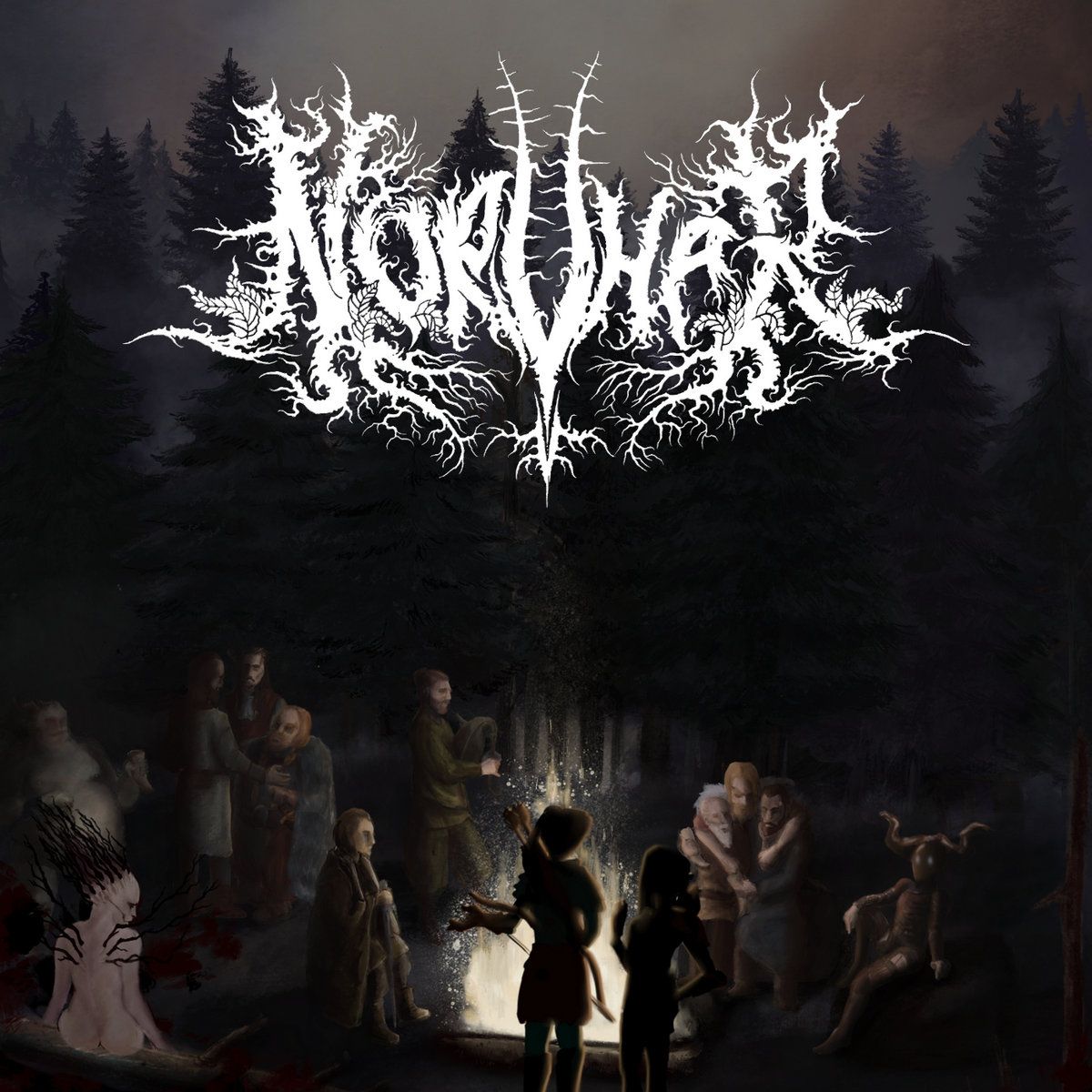 Formed in 2018 from the ashes of the band Harmoniks, Norvhar is oriented towards pagan/folk/epic metal. It consists of six skilled musicians, all of them with stage experiences. Those six friends offer music which is inspired, epic, melodic, but which also makes you want to drink beers until the end of times. Vastly inspired by Tolkien’s universe, but also by Nordic mythology, the texts are dense and deep, filled with adventures and battles, with mystical tales and latent alcoholism. The folk melodies, sometimes played on the keyboard, sometimes on the flute or on acoustic instruments, intermingle with powerful and sharp guitars, all punctuated by intense bass and battle-like drums. The vocals, straight out of the plains of Valhalla are calling the warriors to battle by their unquenchable fire. Norvhar has released their first EP titled ‘Kauna’ the 16th of February 2019.

Norvhar is made of six guys with high experience of life. The will is to produce music which shakes between epic and melodic stuff and to deliver some strong and heavy products to the people who are fans of Ensiferum, Moonsorrow, etc. ‘Kauna’ is a concept album because it’s a story told by a narrator. It begins in a forest and ends at the same place. The album talks about several mythological beings and also taken from fantastic universes like Tolkien’s. Our influences are still the same: Finntroll, Ensiferum, Wintersun, Moonsorrow, a bit of Korpiklaani. We also like very much the orchestrations like the ones you can find in Equilibrium and co. About the style, it varies between strong and danceable melodies and epic and longer tracks, like Fields of Fate.

Yes, as we tell a story in this album each song talks about a different kind of people living in our world: humans, elves, dwarves, goblins too. It’s the pure description and fantasy-like thematic. We don’t give a damn about politics or religion, all our texts are pure fantasy and mythology-inspired.