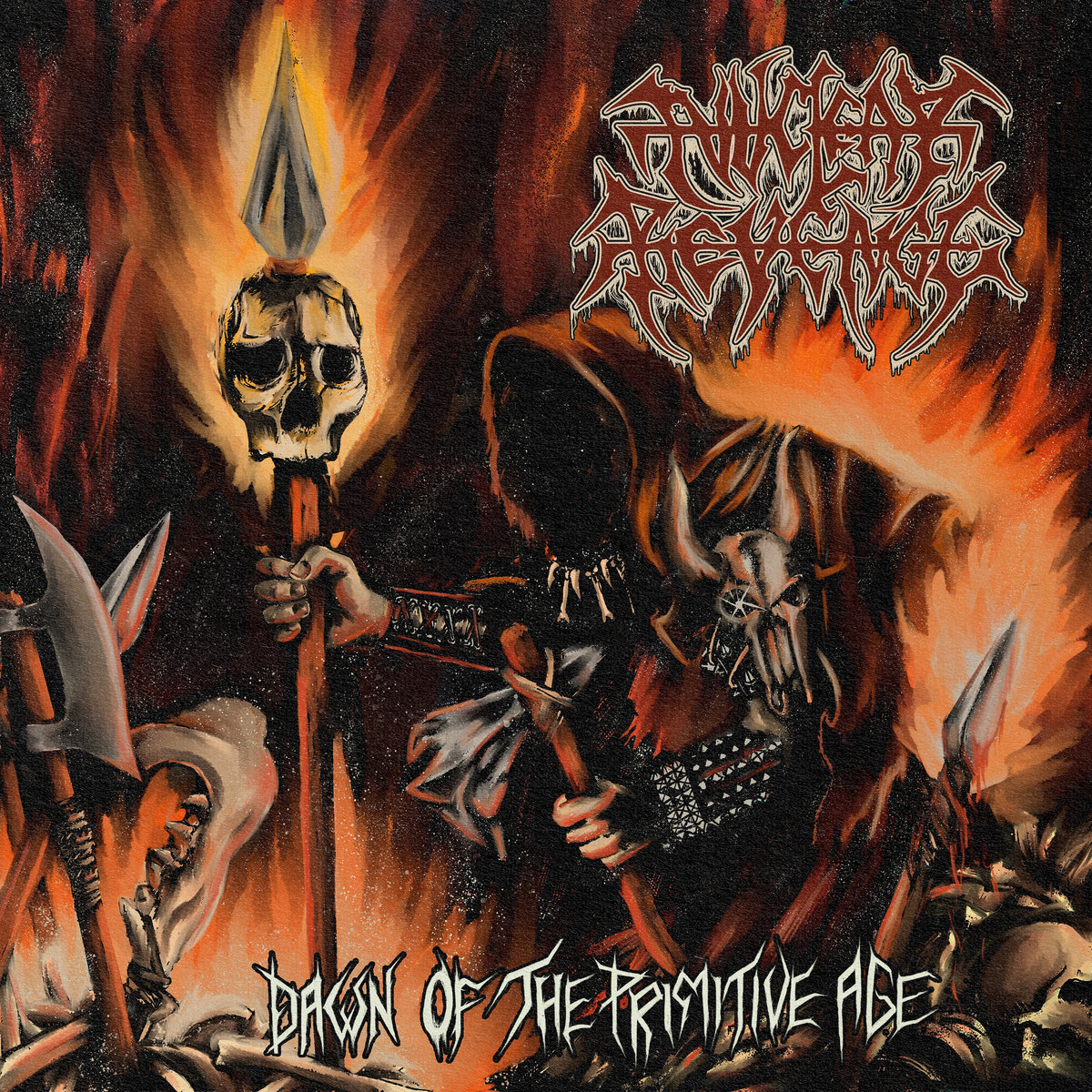 Dawn of the Primitive Age with Nuclear Revenge

Dawn of the Primitive Age is our second album and the first album with the current line-up (new bass player and a second guitar). All four of us have been friends for a long time, and each one has added his touch to almost every song of the album. We recorded it at Moontower Studios, the same place we did with the first one and boy, it sounds like a blast! Besides, it’s the first album released, not just in one, but two tape versions, CD (amazing work made by Awakening Records) and LP.

We are constantly making new music. There is no ritual or habit for that. We just lock ourselves up in our rehearsal room and start discussing new ideas. Sometimes we work on a song for weeks but throw it away because it does not click with what we are looking for. Also, we may end up composing something radically different than what we intend to transmit with the album, disconnected from the rest of the songs. So we end up writing, let’s say ten songs, for the album and like eight more for another hypothetical record. Humanity is a plague for this world, so we are here just to burn our lives.

It all started when my uncle brought me some CDs from his collection. Iron Maiden’s ‘Brave New World’ was out back then, and he showed it to me. The sounds were not like anything I may have heard before. After that, I started to dig more into Heavy Metal/Rock N Roll music. Now is one of the most important aspects of my life. I spent nearly all my money on gigs, records, merch, fanzines or travels to see live concerts. Not only that, but music also expresses how I feel. When I have to do something, I listen to music, when I’m happy I listen to music, when I’m angry I listen to music.