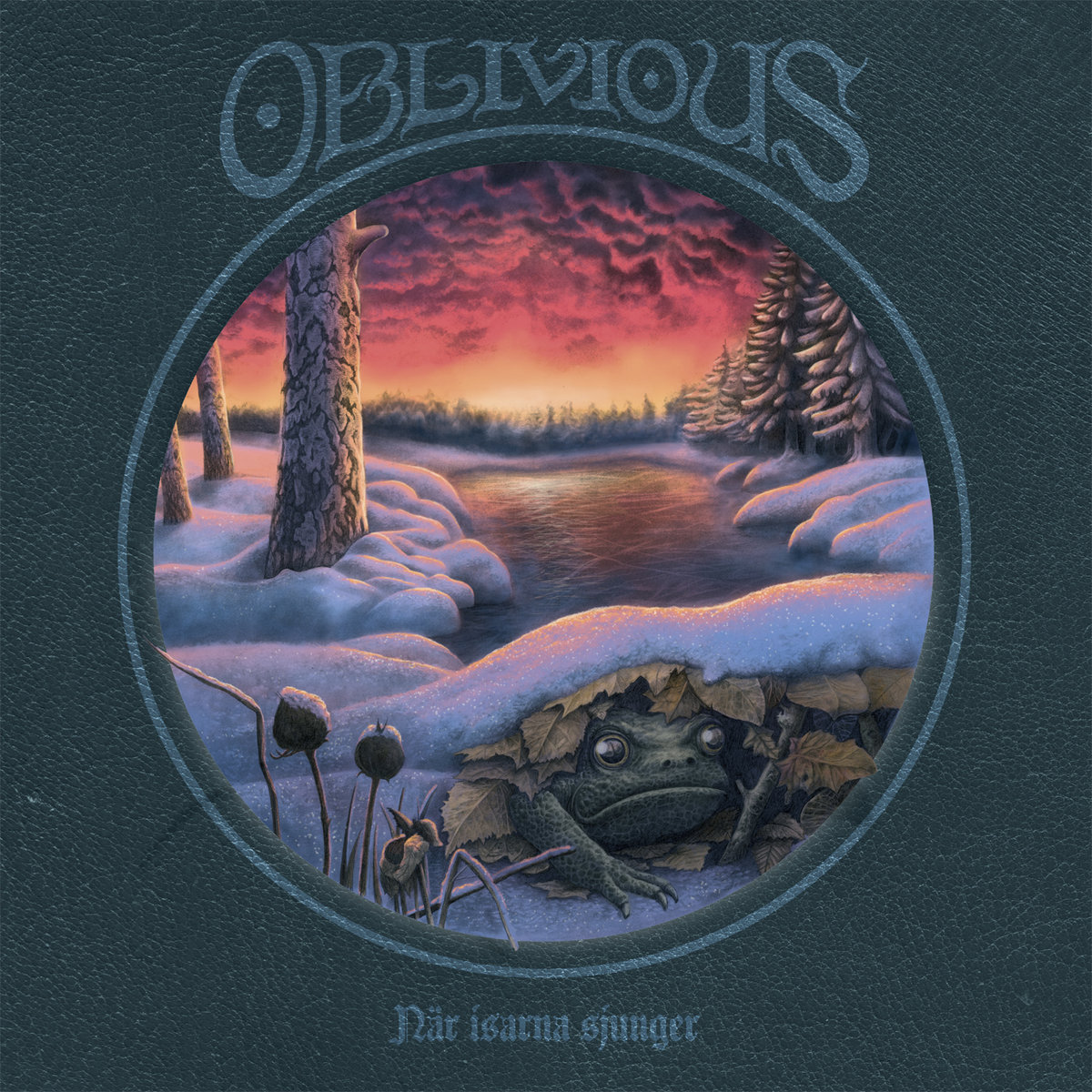 Oblivious from Linköping, Sweden plays groovy 70s hard rock with a southern twist. The band released their fourth studio effort ‘När isarna sjunger’ in February 2018 on Gaphals records, for the first time all sung in Swedish. Oblivious is a hard working, hard touring and much appreciated live act with a growing following on the European continent. The band has opened for killer bands such as Witchcraft, Graveyard, and Coogans Bluff.

Actually, the sessions for “När isarna sjunger” was the last time that that particular set of the band came together creatively. Not long after the recordings were done, our bass player Andy left the band to pursue other musical challenges. The signs of his departure had been stacking up for quite some time, and I think we all thought he would leave sooner. But luckily for us, and the album, we were able to muster the strength, focus and creativity that we needed.

The title “När isarna sjunger” translates into “When the ice is singing”. The theme of that particular song is about the transition, about all things inevitably changing, be it the seasons or personal relations. On the album in general, the lyrical themes range from contemplations on personal ties and emotions to deal with the current state of affairs in the world. More on the latter below.

No fixation that I know of. Although a lot of the lyrics on the early records focused on the pleasure and pain of certain illegal smokable substances. But that’s all in the past now. On our latest album, a lot more focus lyrically has been put on subjects such as racism, war, and climate change. That wasn’t really a conscious choice, it just happened to be what I was preoccupied with at the time of writing.

The cover art for this album is the second part of a larger visual theme planned to range over four albums and is based around the four seasons. The cover theme for the album released in 2015, called ‘Out of wilderness’, was autumn. Our new album is, obviously, based on winter. The next album will be themed around spring and so forth. A common thread on all four albums is the toad, that appears in the foreground. The seasonal concept for the four albums was thought out by the band together with the guys from our record label. The artwork itself is done by the brilliant Mattias Frisk. We are generally very involved in the visionary process of the artwork, but leave the actual creating to brilliant people around us.

What we see on the album cover is the toad, almost buried in snow and ice. He is biding his time, waiting for the inevitable changing of the seasons, which is pretty much what the title track is about.