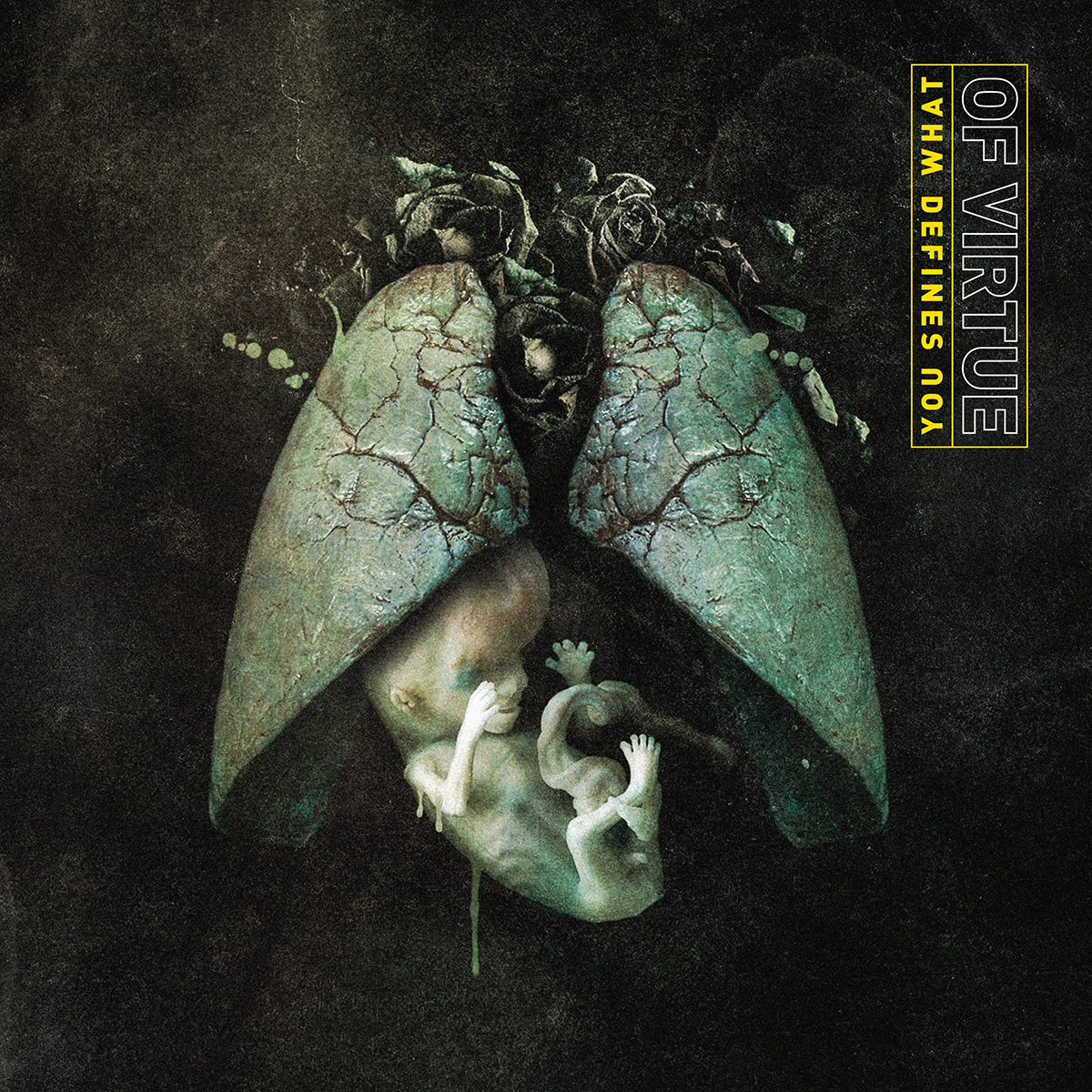 What Defines You By Damon Tate

I am Damon and started my first band when I was 12-13 years old with some friends from my neighbourhood doing pop-punk songs and from there just kept going throughout my musical evolution. The rest of the dudes have similar stories where we just loved hanging out and listening to awesome bands and eventually were inspired enough to start our own.

This record may have been the hardest thing we have done collectively as a band. After the release of our 2015 album ‘Salvation’, our singer and drummer quit and a lot of personal stuff started to get in the way of what we were doing. There were moments where we thought about giving up and just leading normal lives but at the end of the day, we didn’t feel right ending our band on that note. We kept touring and eventually had Tyler (vocals) and Kyle (drums) join us which in turn reshaped our sound and gave us a new identity to rebuild ourselves.

We all love big festival style riffs, fast drums, high energy, big singalongs and wanted to put those in a package that we could all enjoy (and hopefully other people do as well). The bands that we grew up listening to always had a killer groove, something to latch onto in the first few listens that was memorable and could stand the test of time and mature so we strive to make music in that same vein.

This visuals made for his record are some of the most visceral and eye-opening that we have ever done and we couldn’t have been happier with the result. When we got in touch with Kevin (Soft Surrogate), we wanted him to know he had complete autonomy with coming up with the concept from the name ‘What Defines You’ and what it meant to him. He then brought the concept of highlighting and showcasing the things that truly make us human. The fact that no matter what sex, religion, the colour we are at the end of the day we all are made of the same things.

We write about whatever moves us. It could be a personal experience, social, political etc. Primarily, our records have focused on personal growth and the trials that we as human beings have to go through to become the best versions of ourselves. We have darker topics like self-harm (Torn Apart), struggles with the influence of religion (Suffer), the social climate involving race and discrimination (Surrounded) etc, but most of the songs have a silver lining or message of hope to tie the story full circle.