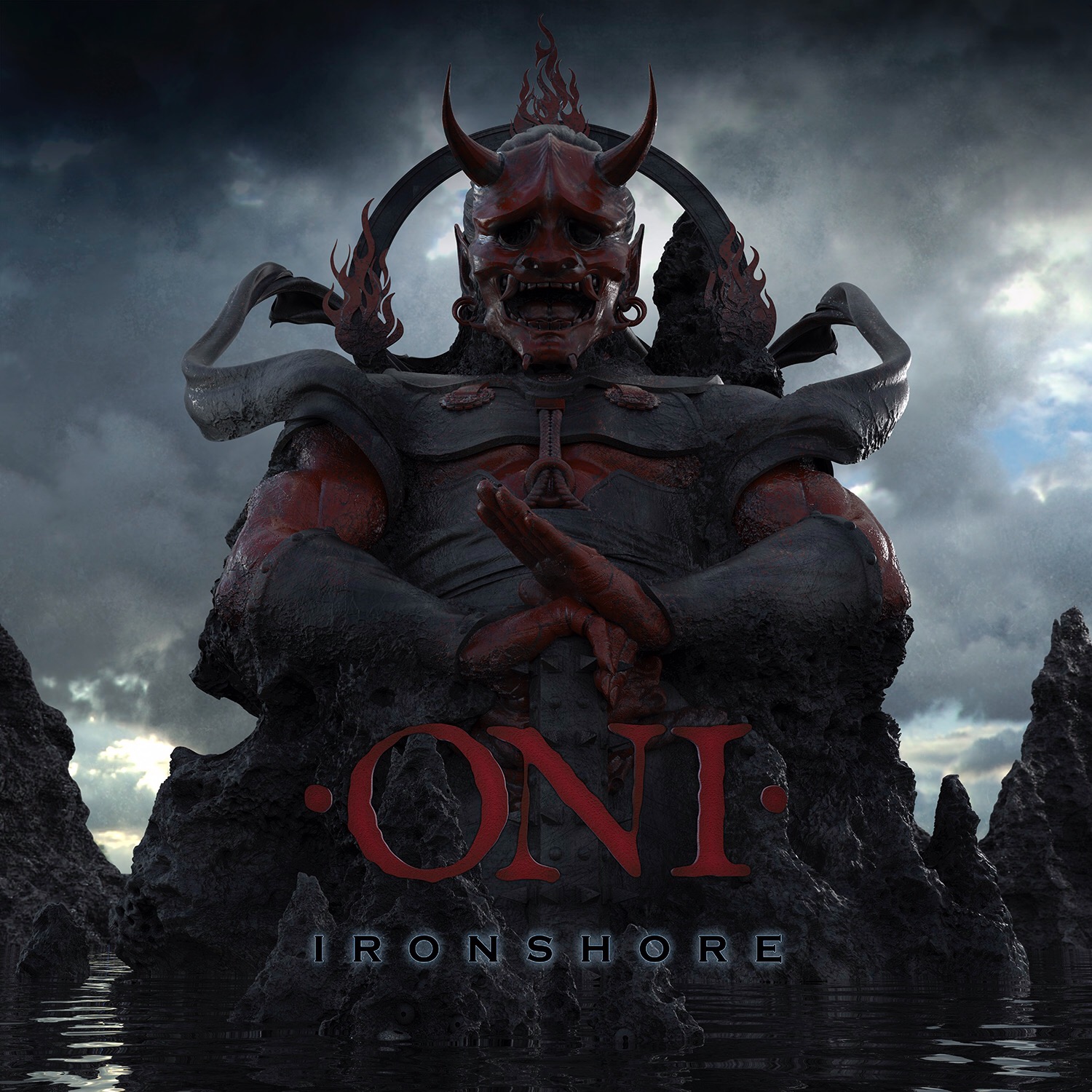 2016 was a breakout year for progressive metal band ONI, who proved their lasting prowess with the release of their debut album Ironshore, toured with heavy metal greats such as Max & Iggor Cavalera and Children Of Bodom, tore up the stage at Ozzfest Meets Knotfest with Randy Blythe of Lamb Of God – and last but not least – introduced the heavy metal world to the wonders of ‘Xylosynth’. After capping the year with Top 10 “Album of the Year” nods from the likes of Metal Injection, Metal Insider and others.

Jake Oni tells Billboard, “’The Only Cure’ is one of the stronger songs on the album. It’s a good representation of our current sound and where we will be going.” Guest vocalist Randy Blythe of Lamb Of God adds, “What a super creepy video! Horror fans will love it – the production is Hollywood film-quality. It looks like something out of a SAW or Hostel movie. I had a lot of fun with the ONI guys recording this track, and it’s cool to see the music set to such dramatic scenery. Nightmares…”

Ironshore, which hit stores in November 2016 via Blacklight Media/Metal Blade Records, can be ordered now via http://www.metalblade.com/oni and/or streamed via Spotify. Ironshore was produced by Josh Wilbur, primarily recognized for his work with top metal artists Lamb Of God and Gojira.

With their influences rooted in progressive metal, ONI’s sound can be compared to the genre’s heavy hitters – The Human Abstract, Protest The Hero and Between The Buried And Me – yet they remain truly unique. With Jake Oni handling vocal duties, Martin Andres and Brandon White on guitar, Chase Bryant on bass and Joe Greulich on drums, they are also perhaps the first metal band to feature a Xylosynth player, Johnny D, which adds an intriguing dynamic to the nine tracks found on Ironshore.

‘Ironshore’ is our debut album. It’s out now. The writing process is a collaborative effort from all of the guys in the band- there isn’t just one songwriter. Everyone writes. Me and Chase [bass player] write the lyrics together and I write the vocals. Josh Wilbur, our producer, had a lot of input with our writing process as well. He put together a lot of our arrangements. He helped us do what we were already doing better. I would say it is on the heavier end of progressive metal featuring heavy vocals and xylosynth.

I and Chase write the lyrics in totally different ways. ‘Only Cure’ which has a video coming out soon- is about someone’s chest getting cut open and dying. It’s pretty brutal. It’s just an intense song. ‘Barn Burner’ is about some weird proggy dream Chase had. There is no one lyrical theme in the album. It isn’t a concept album. Every song is about something different.

I like myths. An oni is a demon from Japanese folklore. What I did on Ironshore, I doubt I’ll do it again. For the next album, I want to go to a darker place with the lyrics and have a heavier sound. We like to explore surrealism in our lyrics and sing about some really trippy things as well as some things that are more primal and metal that will get a crazy reaction from a live crowd. We just try to get gnarly with it.

Our album artwork is an Oni demon. I do like the imagery of that a lot. An Oni is a relentless shape-shifting demon and that’s sort of how we like to write our songs. We want to be a progressive metal band, which is a genre that’s blossoming right now, but I want to be a heavier more intense band. Moving forward, I’d like to go more in the direction of bands like Between the Buried and Me and Periphery. I think the “larger than life” imagery that you see with bands like Iron Maiden and Megadeth, just to name a few, does what an album cover is supposed to do. We just tried to make our album art as captivating to the eye as possible and I feel that the Oni demon and the name do that really well. And our music speaks for itself on a different level.